jean prouvé’s demountable house to be shown in china for the first time. design shanghai 2015.

the second edition of design shanghai, will take place march 2015 and will include over 300 exhibitors across three halls; contemporary design, classic design, and collectible design. featured among the confirmed installations is jean prouvé’s demountable house, a rare early example of prefabricated housing. 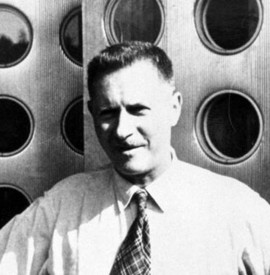 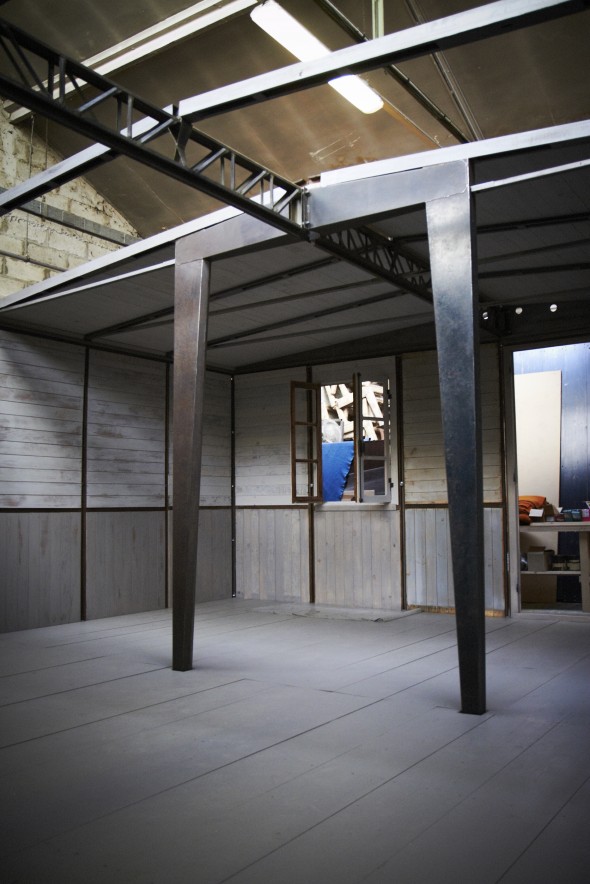 french architect jean prouvé is regarded as one of the twentieth century’s most influential designers, and is known for combining bold elegance with economy of means in a socially conscious manner. he is also recognized for his manufacturing firm, les ateliers jean prouvé, where he designed and produced lightweight metal furniture in collaboration with some of the most well known designers of the time. one such designer was pierre jeanneret, a swiss architect and furniture designer who often worked with his more famous cousin, le corbusier.

demountable house designed in 1944 was originally created as an emergency shelter for the displaced inhabitants of the lorraine region of france during wwii. when swiss luxury brand bally acquired this rare work, it was very damaged and in need of repair. now, the house has been restored to its pristine condition by a 12-person team, just in time to celebrate its 70th anniversary this year.

prouvé believed his manufactured home could serve as a model for future design in prefabrication and stated,“there is a need for manufactured homes. (…) prefabricated  houses, they are the new dadaism. but why factory made?  because it is no longer about just about making one or more  small elements of a home to be assembled, but making all the  elements correspond to those of a machine that is mounted entirely mechanically, without necessity of producing anything on-site. (…) we must show the public that the manufactured home is a comfortable home, and overcome routine.” 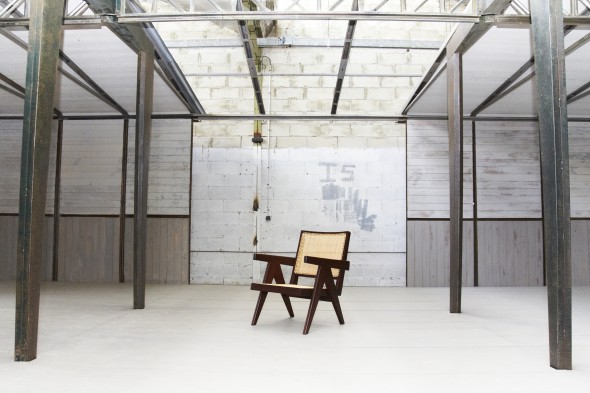 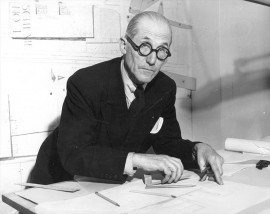 showcased alongside an original furniture collection by pierre jeanneret, the two works taken together represent bally’s commitment to art and design as well as the brand’s early modernist roots. the iconic house has recently been part of a travelling exhibition and will be delivered as a kit of parts for the first time in asia and assembled on site by a team of french experts. two metal gantries support three sections of the roof beam, which in turn support the mountings for the wall and roof panels. treated spruce panels nailed to a metal frame form the structure of the walls, while wooden window frames and a corrugated iron roof complete the building’s exterior shell.

[ prologue by swarovski and fredrikson stallard ] 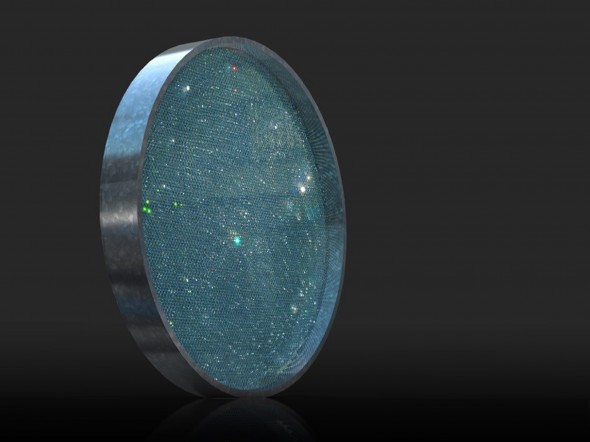 ‘prologue’, the latest collaborative work between swarovski london-based designers fredrikson stallard, is to make its debut at design shanghai.

originally shown in raw steel and gold crystal at art basel 2014 (hong kong and basel), ‘prologue’ is a monumental circular sculpture measuring 4m in diameter and holding over 8,000 swarovski crystal droplets within a patinated steel frame. for design shanghai, the designers will recreate the work in galvanized steel and pale blue crystal to symbolize water, our most precious and fundamental resource, to mark the 15th anniversary of the swarovski waterschool program.

‘prologue’ will be placed at the entrance to design shanghai, its luminous ring acting as a bright blue beacon to visitors, welcoming them and drawing them into the grand entrance of the iconic shanghai exhibition centre. the work, which plays with light by transforming and transmuting its environment throughout the day, will be available for private purchase in a limited edition of eight sculptures. swarovski will exhibit in contemporary design hall, e-98 and e-100 [ fredrikson & stallard ] [ swarovski ] 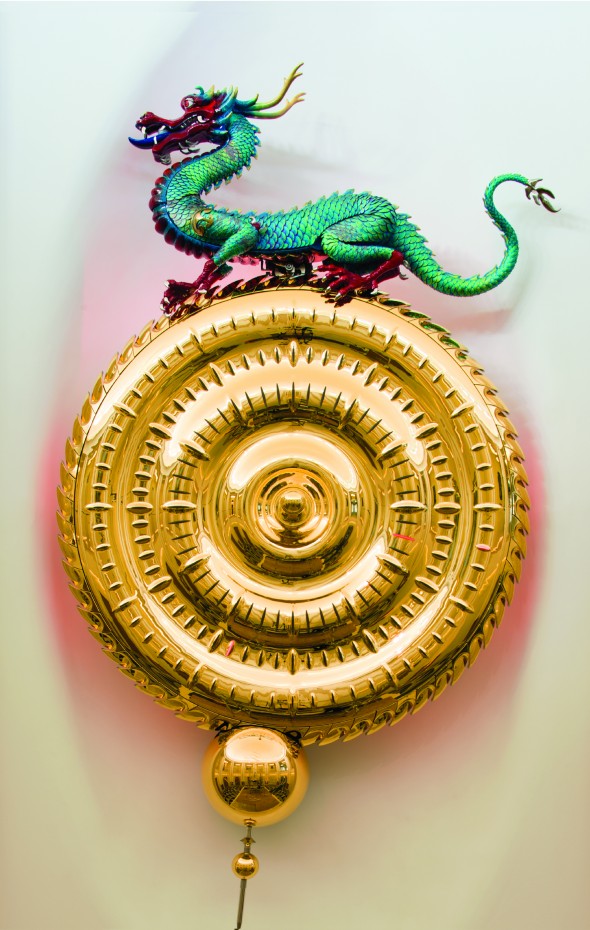 the 450kg dragon chronophage – which translates from latin as ‘time eater’ – is made of gold-plated stainless steel, formed using a special underwater explosion technique. through the use of concentric circles on the face, the seconds, minutes and hours are shown in a way that’s never been seen before.

created by dr taylor in tandem with professor long of the hangzhou art university, the chronophage is a physical interpretation of einstein’s idea of relative time: each minute may go quickly or slowly – even stopping altogether – but every five minutes the clock catches up with ‘real’ time.

every hour the specially designed mechanical dragon escapement on the dragon chronophage reveals and swallows a pearl, a chinese symbol of good luck. 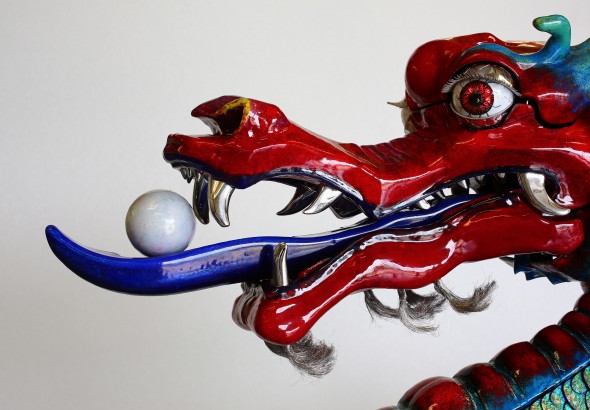 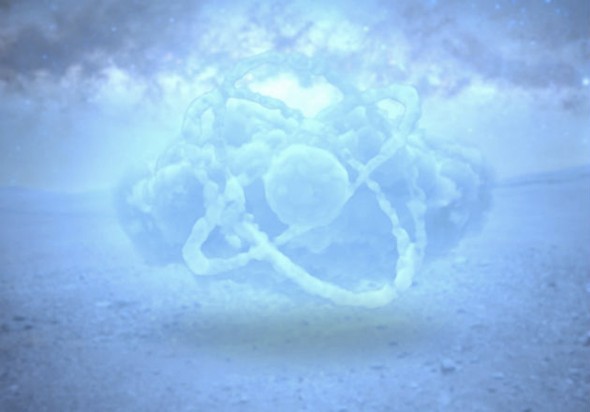 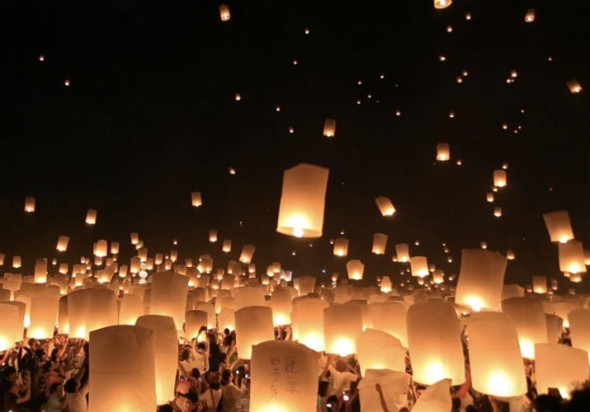 let´s go on a journey of light from the oldest memories of the universe, from distant galaxies, bridging thousands of lightyears to the image of the sun in a single drop of water; from streams of electricity to the tiny electrons operating the internet – our world is vibrating with flows of immaterial energy.

our work “spark” explores this illuminant state of culture examining light, the ambivalent promethean medium: a symbol of innovation and change aswell as the archetype for safety and warmth. let us follow it’s mysterious duality between creation and destruction, comfort and threat, waves and particles – let us illuminate our world with the spark.
[ elle decoration china ]

[ design shaghai 2015 ] is regarded as best design event in asia.