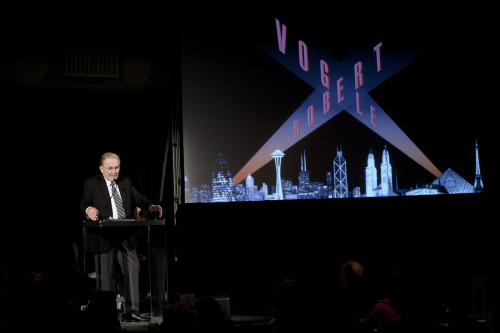 On April 19, 2012, Robert Vogele was awarded the 2011 AIGA Medal for his sustained contribution to design excellence and the development of the profession. The AIGA Medal is one of the highest honors of the design profession, given to practitioners, educators, and role models since 1920. Bob has joined an elite and distinguished list of professionals who inspire us with their creativity, intelligence, perception and skill.

Over my 40-year relationship with Bob, I’ve found he’s a hard guy to put a label on. Many, including myself, would say he is both a catalyst and a glue. He chooses the kindling, creates a spark and keeps the heat on until the ember of an idea burst’s into a passionate flame. I don’t think he learned how to do this, it’s one of those good life curses that keeps the source as well as the beneficiaries alive.

His obsessions evolve around his concept of Design “big D” and art. You see his eye for art in his homes, his office, his gifts to family and friends, and the many museums he and his wife Ruth have donated to, and it’s only the tip of a collector’s iceberg. He loves architecture though he is a demanding client when it comes to his homes. His last two homes were designed ( by Larry Booth in Snowmass Village, CO and by Robert Whitton in Phoenix, AZ ) to show their art collection. His bucket list could include the design of a good white cube storage facility.

Bob’s professional skills and talents derive from a minor in business and a degree in design and fine art, plus a masters in communication. In his early career days, his ability and good fortune to expose himself to accomplished influencers (Charles Coiner, Ralph Eckerstrom, Herb Pinske, Bob Middleton, Dick Lathum, Jay Doblin, Robert Hood, Walter & Elizabeth Paepcke, Herbert Bayer among others) and in turn learn from the talented of his generation. Add to that a leader’s need for some sense of control and an entrepreneurial gene. He is world-class at both one-to-one and as a manager of many. 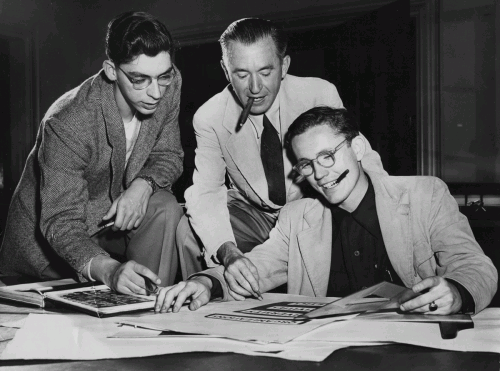 With no clear specific goal in mind at the time, Bob’s particular journey formally started in 1949, while a senior at the University of Illinois in C/U where he worked full-time for the University Press art department headed by a professor of Industrial Design (Ralph E.) and catches a design virus he attributes to the Chicago big D epidemic at this time.

An invitation from Ralph and straight out of college Bob packed his new two-door Chevy (a graduation gift) and they went to the first International Aspen Design Conference. A ground-breaking event, the theme, Design as a Function of Management, forever transformed the sensibilities that he and his associates infused into their careers. Many of the 200 attendees attacked the business participants (including CBS, Herman Miller, Olivetti, Neiman Marcus) for misunderstanding design. The conference served as incubator for a new period in American design in which business began to ‘partner’ with designers as professionals to produce customized environments instead of thinking about design as formulaic add-ons. The concept inspired Bob for 60 years. 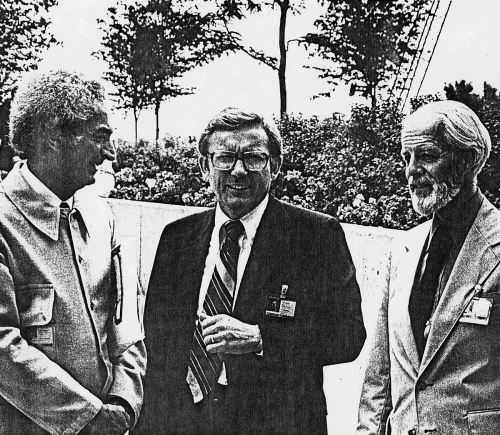 In 1958 he started his own business. Just 15 years after the Aspen virus hit him, Bob chose the American Dental Building to locate his growing business. In doing so, he underscored his POV that to work with business and sell design, the designer’s office needed to look business-like while still providing space for creative work. His minimalist approach centered on white surroundings punctuated with modern furniture and artwork, including some of his own.

In 1970, now in One IBM Plaza, the business capability statement was changed from design to strategic marketing communication. Not done, Bob once again challenged himself and those who worked for him, to think big and constantly expand the application and capacity of good design ideas. In 1982 he founds what becomes VSA Partners, which today has offices in Chicago, New York, and Minneapolis with a staff that hovers over 200. 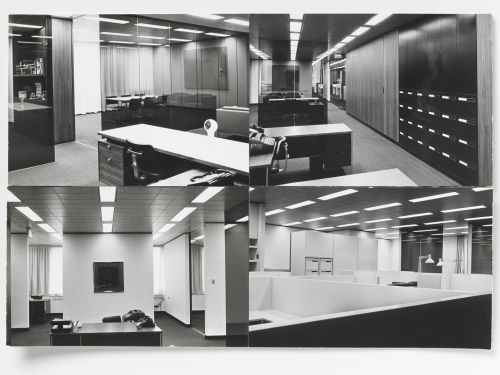 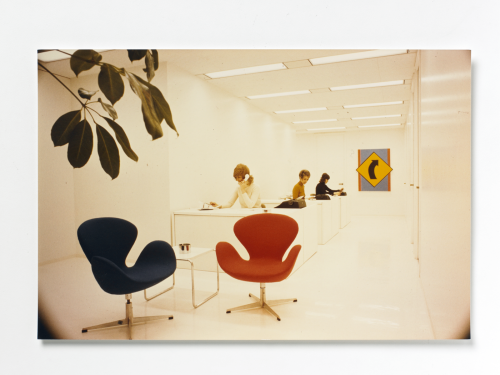 Bob Vogele wishes to be remembered as a designer, but not by a traditional definition. Rather, to be known for helping define design as a creative planning function for business, and as a creative thinker and mentor. He has a quirky notion to send out a Q&A to find out what people think of him. He seeks and responds to feedback for him to grow and be able to maximize his potential.

Here’s some feedback Bob. Your belief in work, in finding the solution in the doing, in weaving together working and living, has and continues to influence and inspire those you have met and with those with whom you have shared. 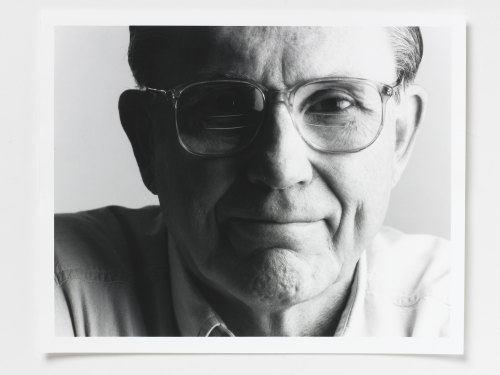