Istanbul Foundation for Culture and Arts

organized by the istanbul foundation for culture and arts (i̇ksv), the 4th istanbul design biennial will be held from 22 september to 4 november 2018 with the title of a school of schools.

in 2018, the biennial will seek to consolidate the legacies of previous editions, and reinvent the biennial format into a productive process-orientated platform for researching, experimenting and learning. a school of schools will manifest as a multi-platform biennial that uses, tests, and revises a variety of educational strategies to reflect on the role of design, knowledge, and global connectedness in contemporary istanbul and beyond. the biennial will stretch both the space and time of the traditional design event, manifesting as a flexible year-long programm within which to respond to global acceleration, generating alternative methodologies, outputs and forms of design and education.

initiating an open call from 12 october 2017, a school of schools invites a broad range of designers and thinkers from around the world to explore eight themes: measures and maps, time and attention, mediterranean and migration, disasters and earthquakes, food and customs, patterns and rhythm, currency and capital, and parts and pockets. focusing on the process as much as the outcomes, the biennial aims to create new knowledge, search for alternatives to implemented systems, and with radical diversity, push the boundaries of the design discipline.

organized by the istanbul foundation for culture and arts (i̇ksv), turkey’s contribution to the 1st london design biennale presents ‘the wish machine,’ a project undertaken by the istanbul-based multidisciplinary design studio, autoban. the inaugural london design biennale (7-27 september 2016) features projects from over thirty countries, which were called to respond to the theme of ‘utopia by design’.

the wish machine’ project takes direct inspiration from the ‘wish-tree,’ a cultural tradition deeply rooted in the ancient anatolian faith and found in ancient greek, kabala and persian believes. it operates on a simple mechanism that involves affixing a note or a memento to a branch of a tree as an act of hope born out of hopelessness. ‘the wish machine’ takes this multi-cultural tradition as the key insight into how design and utopia can cooperate.

The second edition of the Istanbul Design Biennial, organized by the Istanbul Foundation for Culture and Arts (İKSV), will be 18 October – 14 December 2014. The title of the biennial “The Future Is Not What It Used To Be” was just announced by curator Zoë Ryan. At the opening speech held in FerahFeza in Karaköy, İKSV Chairman Bülent Eczacıbaşı underlined that the Istanbul Design Biennial has attracted high interest in Turkey and in the international arena, received positive responses and has been pivotal in opening up new areas of discussion in the field of design and added: “With the biennial, Istanbul has strengthened its position in the design world. Fruitful dialogues have been developed with highly esteemed design events all around the world in order to initiate new collaborations. Benefiting from the experience of the first biennial, we believe that the second Istanbul Design Biennial will further the success of this biennial and become even more effective, productive, thought-provoking, creative and inspirational. With the aim of contributing to the accessibility and outreach of the event, admission to the next Istanbul Design Biennial will be free of charge.”

The second Istanbul Design Biennial asks “What is the future now?” As Ryan explained, the biennial asks how can we reclaim the manifesto for the 21st century and beyond, not only in the production of texts, but through actions, services, provocations, or objects and seize the potential to incite inventive outcomes? As a platform for generating new ideas, the biennial invites submissions for contemporary design manifestos that explore the complex role of design in today’s society. Ryan also added that the biennial will embrace designs that are visionary, yet grounded in everyday realities—innovative approaches that are transforming how we see, interact with, and understand the world. The biennial will articulate a portrait of design activity today, mapping the often unexpected ways the field intersects with contemporary life: with basic human needs such as food, shelter, health and safety, but also with less tangible issues, including love, play, fear, discord, abundance, sustainability, mobility, accessibility, community, and geopolitics. [ iksv ] 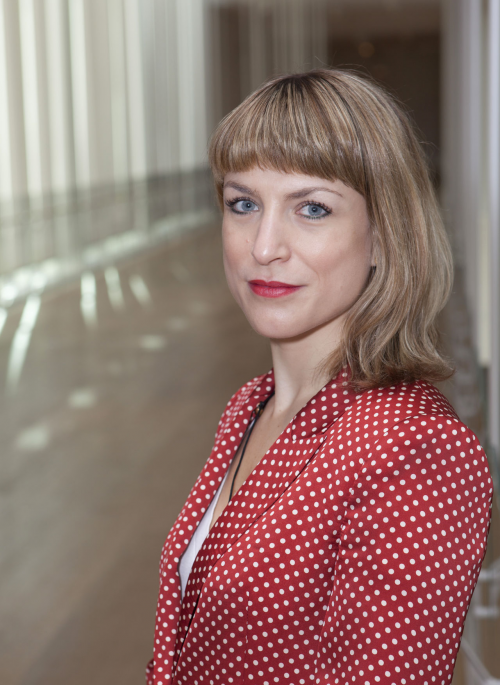