Porsche. Hybrid in every range. 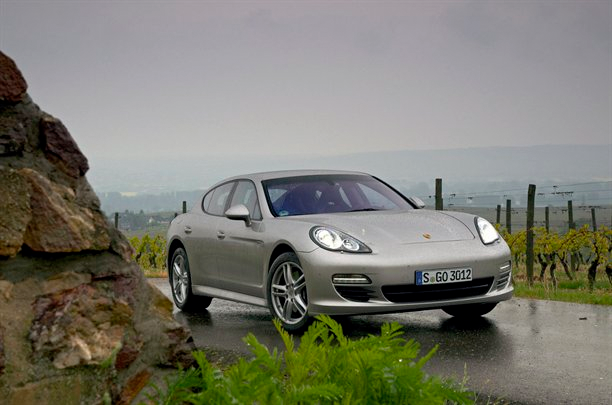 porsche plans to launch a hybrid version of every model in its range in a bid to reduce its fleet average co2 emissions.

With a hybrid version of its Cayenne SUV already on sale, Porsche’s next step will be the introduction of a hybrid Panamera in 2011. ( above photo )

The Panamera will borrow the hybrid hardware found in the current Cayenne S Hybrid. That means it will sport a 329-horsepower 3.0-liter V6 engine mated to a 46 hp electric motor. Like the Cayenne S Hybrid, the Panamera’s parallel hybrid setup boasts the ability to operate at low speeds under electric power alone. 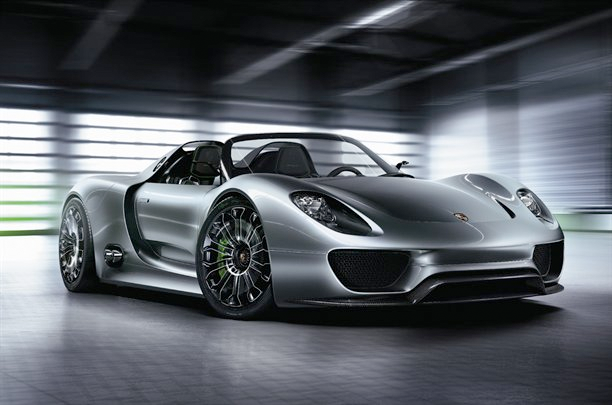 
The mid-engined two-seater achieves headline figures of 78mpg and 70g/km of CO2. It hits 62mph from a standstill in 3.2sec and can go on to reach a top speed of 198mph.

The car is powered by a 500bhp V8 petrol engine – a development of the RS Spyder racer’s 3.4-litre unit – and a pair of electric motors with a combined output of 218bhp. The front wheels are driven by one electric motor and the rear wheels by the engine and the other motor, making the 918 Spyder four-wheel drive.

Porsche says the car is capable of a sub-7m30s lap around the Nurburgring, quicker than the Carrera GT.It is similar in length and height to the Boxster and Cayman, but is much wider than both of these. The body and shell are made from carbonfibre-reinforced plastic, but there is also extensive use of magnesium and aluminum. The concept weighs 1490kg.

When the production Panamera S Hybrid takes to the streets in 2011, it will become the company’s second model to sport a hybrid powertrain, a remarkable achievement considering that few people associate Porsche with fuel efficiency.