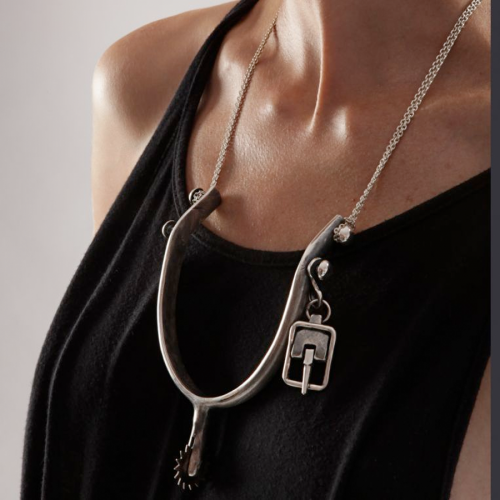 Jewelry designer Alina Alamorean has created an exclusive line of jewelry for Galerie BSL that are based upon striking volumes of solid silver. Unique, limited edition pieces with no false illusions, displaying radically sensual and archaically instinctual themes.

[above] Are these simple equestrian symbols? Is it an invitation to transgression? Or is it a metonym for a modern horsewoman to conjure up passion, the universal need to possess and to belong, in the obscure surpassing of our own limits? “I do not want to adorn anyone. What I suggest is a way of thinking, living and breathing. There is the world of smiles, rules, appearance, and then there is the parallel world, the one of secrets and addictions. I like to create this duality in the eye of the spectator, this slight and uncomfortable confusion which leads to a head-on self-confrontation.” Alina Alamorean 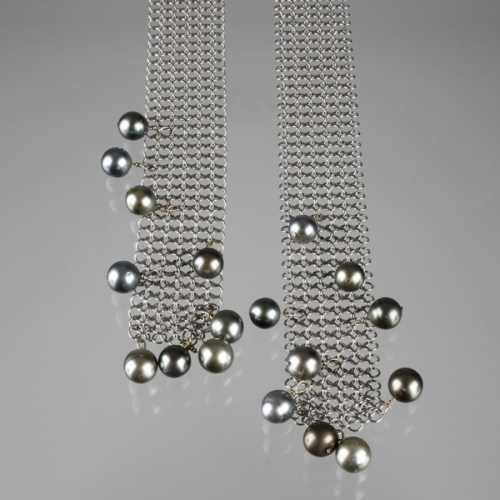 Jewelry as finery, jewelry as armor. 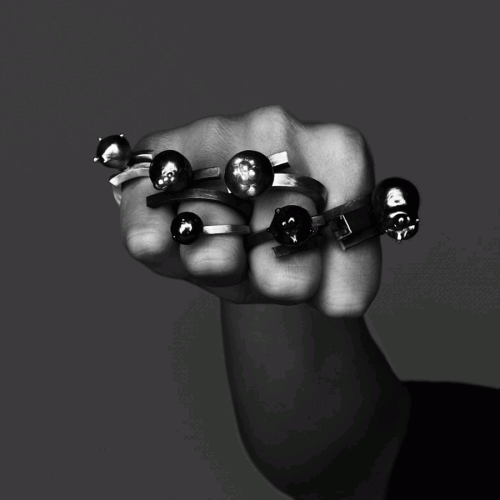 Born in Romania in 1968, Alina left her native country for France in 1990. After several years of intense struggle to bring her jewelry to fruition, she entered the BJO Formation jewelry school at rue du Louvre in Paris. She made up for lost time and within two years was an award winner at the HRD International Diamonds Awards 2005, the most prestigious contemporary jewelry competition. In 2007, she won First Prize thanks to ‘The Invincible Cape’: a 1.70 m wire netting magic cape, housing 574 uncut diamonds. This innovative swirl, which envelopes the body with thousand Carat luciola, today features in the Diamond Museum collection in Anvers. In 2007, she won the Special Prize at the Tahitian Pearl Trophy France and won the Grand Prix de la Création de la Ville de Paris in 2007 and 2008. [ alina alamoean ] [ galerie bsl ]