Cinelli: the art and design of the bicycle. 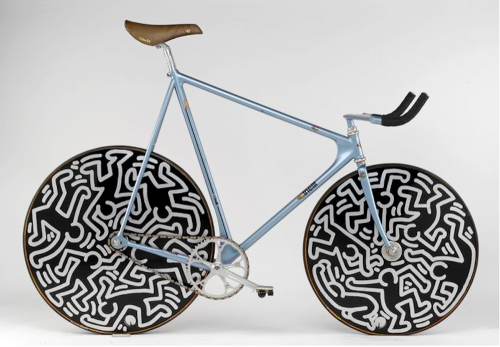 65 years ago famed Italian cyclist, Cino Cinelli, retired from professional cycling and founded his eponymous bicycle manufacturing company. Credited with setting the standards for frame and component design, “Cinelli has led the evolution of professional cycling and defined the ideal of the classic bicycle: from the classic Supercorsa racing frame to the cutting-edge MASH fixed-gear pursuit bikes ubiquitous on the urban riding scene.”

Cinelli has remained at the forefront of parts manufacturing with boundary-pushing products like the first plastic racing saddle and the controversial Spinaci handlebar, which was banned from professional competition. The company has also sought input from well known cyclists, designers and artists such as Keith Haring, who contributed the record-breaking Laser bike.

The company, now located in San Francisco, has just released a tribute to Cinelli’s legacy. Published by Rizzoli, Cinelli: The Art and Design of the Bicycle, includes a conversation between fashion designer Sir Paul Smith and Cinelli president Antonio Colombo as well as over 200 pages of two-wheeled eye candy. 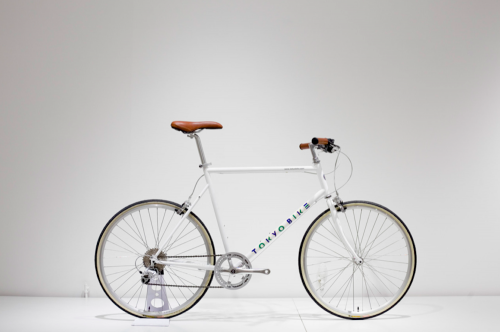 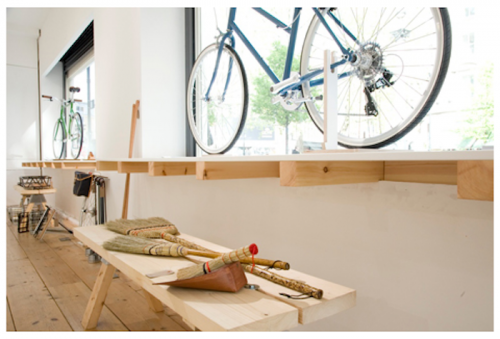 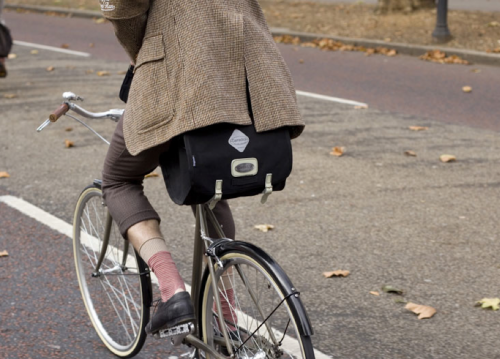 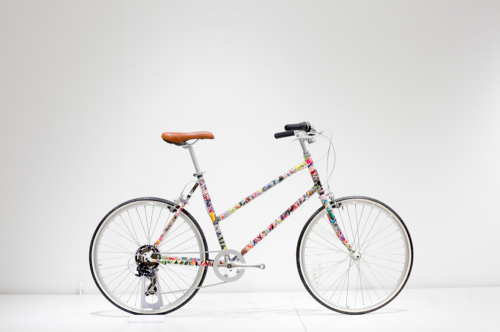 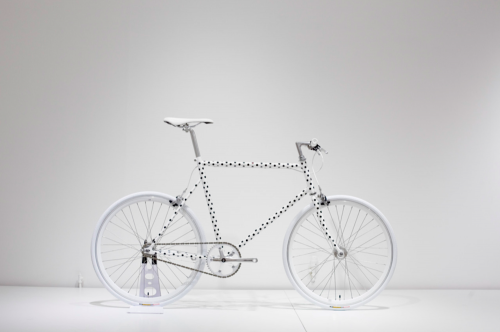 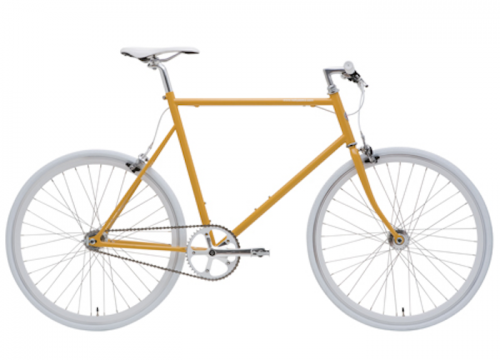 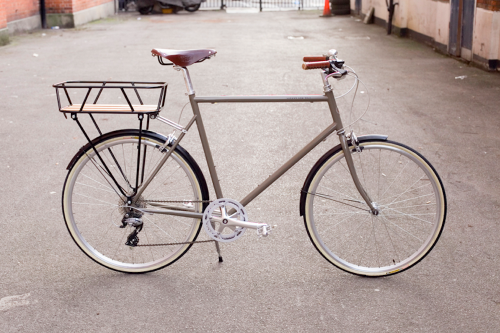 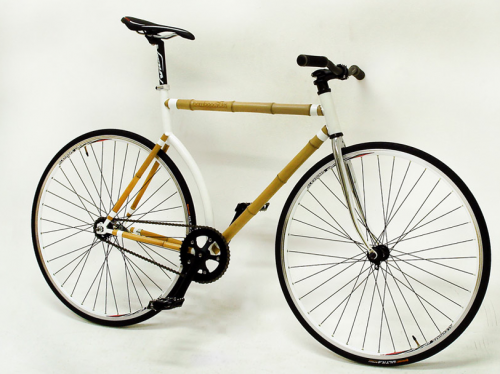 bamboo is lightweight, strong and it grows quickly. 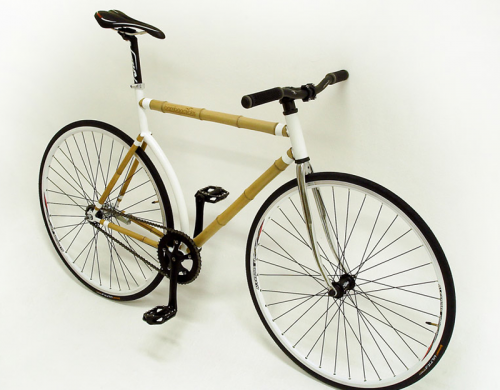 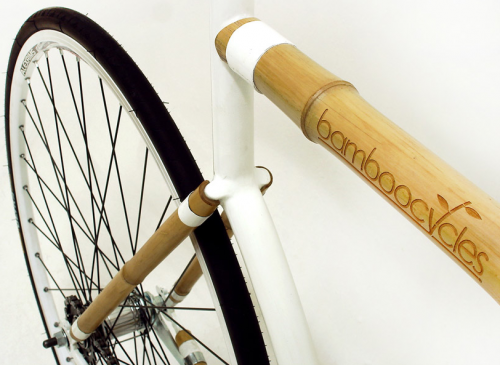 Why it’s not a more ubiquitous material is lost on me. It’s best known use, in recent years at least, is bicycles. It’s no surprise that after its inception a few years back, several designers have jumped at the chance to work with bamboo on bikes of their own. The latest design comes from the Mexican startup, Bamboo Cycles. Their fixed gear, single-speed model features metal angles, a curved rear support and weighs in at less than 20 pounds. If there’s a bike-lover on your holiday shopping list who’s been extra nice this year, this two-wheeled beauty is a moderately priced $325. 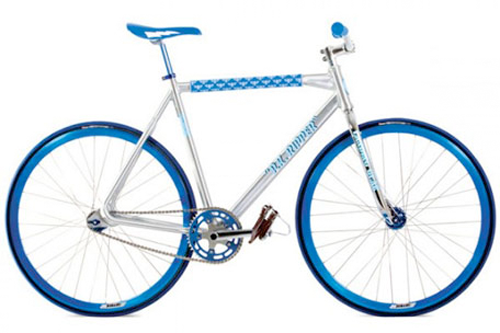 DC Shoes and SE Bikes create the “PK Ripper” fixed gear.
Designed after the iconic BMX bike which originally appeared in the late 70s, the DC x SE will be available in a classic ball burnished finish with blue accents as well as a less flashy matte black. The total run will be 2,500 bikes, 1,250 in each color. Here’s hoping they sent one to Perry Kramer. Available now from Overload for $1,000. 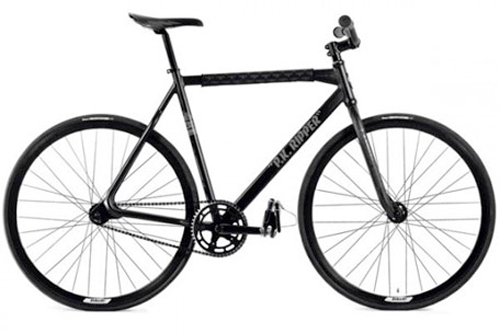 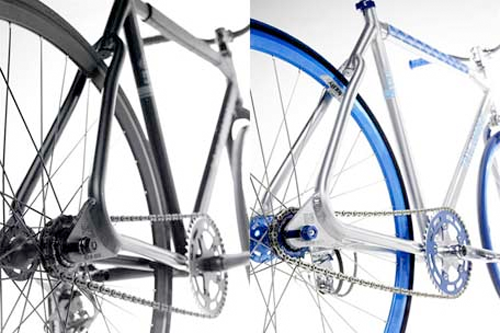 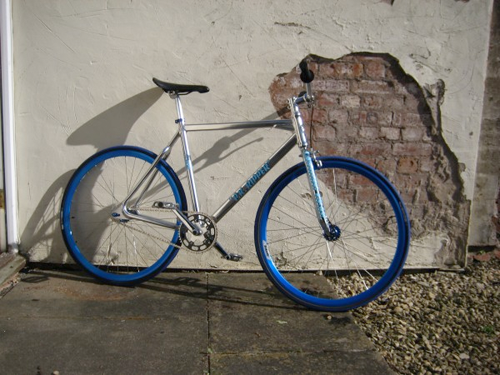 below: Out of these 1000 bikes, The Standard, New York has taken 20 pieces to further customize, showcasing the commuter nature of the bike. 15 bikes will be for the guests. 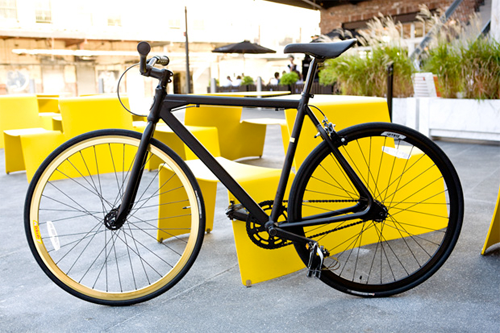 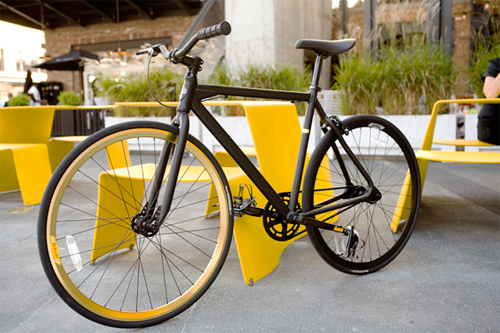 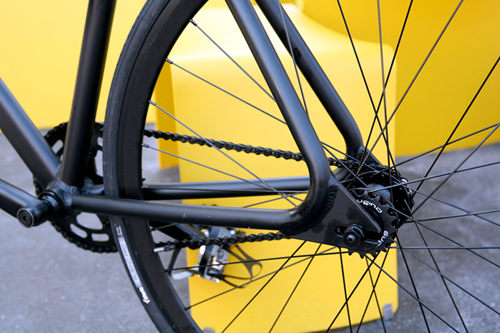 above: As all of you know, fixed gear bicycles are known to have no brakes, but The Standard’s versions will have a back brake (unless your a seasoned rider, the city streets are not that forgiving, so a brake can definitely help), as well as a reversible back hub and rim which will convert the bike from fixed to freewheel in an instant. 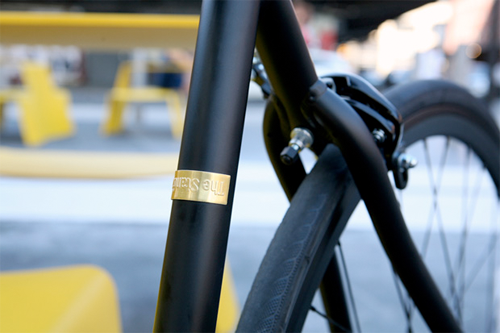 The entire bicycle is matte black, and as our NYC colorway is black & gold, The Standard has added an anodized gold front rim, and a small anodized gold Standard logo badge on the seat tube. 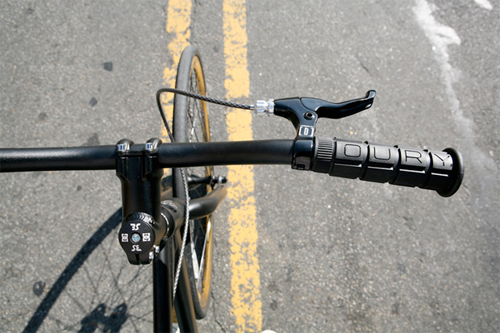 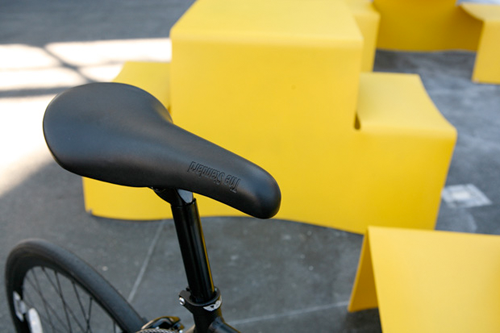 An embossed Standard logo in the custom leather seats, gives this special bike the subtle details that make it truly unique. 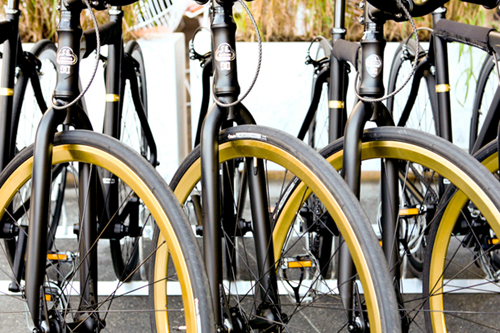 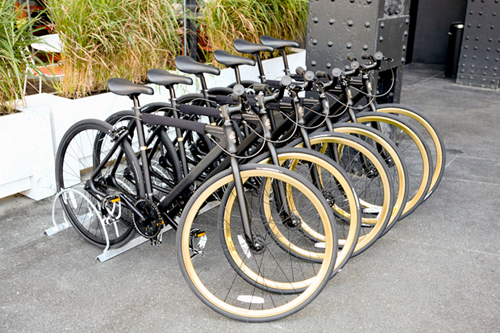 If you’re not lucky enough to stay at The Standard and use one of the 15 complimentary bikes there, you can buy your own at The Standard’s online shop for $1,250 USD