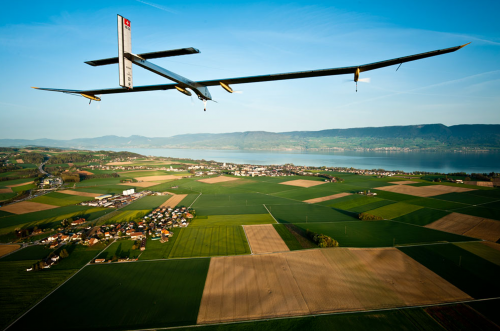 The Solar Impulse HB-SIA experimental solar-powered aircraft completed the first ever solar-powered intercontinental roundtrip journey between Europe and Africa today. The roughly 6,000 km (3,728 mile) trip commenced on 24 May 2012 and consisted of a total of eight legs averaging 800 km (497 miles) before reaching its conclusion with a landing back where it all began in Payerne, Switzerland at 8:30 pm on 24 July 2012, local time. 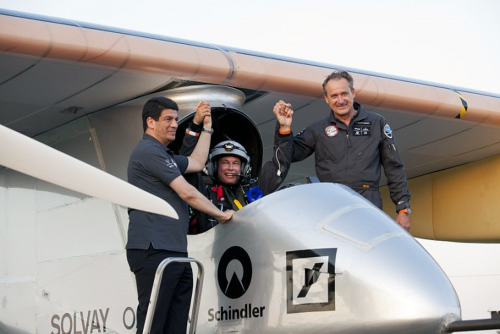 The final leg of the journey was piloted by Bertrand Piccard, who shared duties in the single-seater cockpit with André Borschberg over the course of the journey. Originally built to prove that an aircraft powered only by the sun’s rays could be flown at night, which it proved in 2010, the HB-SIA prototype aircraft has continued to rack up a number of solar aircraft distance records.

Over the course of its latest record-breaking journey, the aircraft visited Madrid, Rabat, Ouarzazate, and Toulouse. Although its 400 kg (882 lb) of lithium batteries give it the ability to fly through the night, it often landed after midnight to avoid thermals. However, the Solar Impulse team says the aircraft was almost always brought back to the hangar with the batteries almost fully charged.

The next challenge for the Solar Impulse team is around the world flight that it hopes to complete in 20 to 25 days. This flight is currently planned for 2013 or 2014. 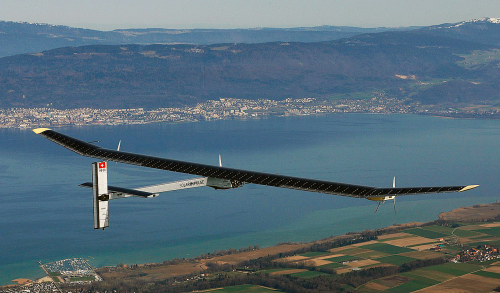 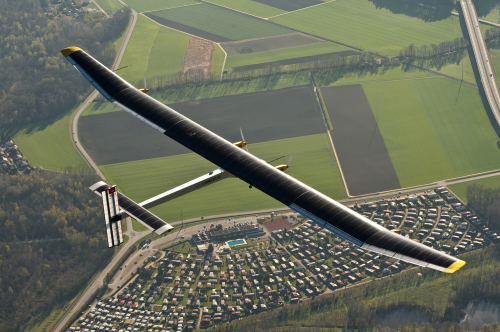 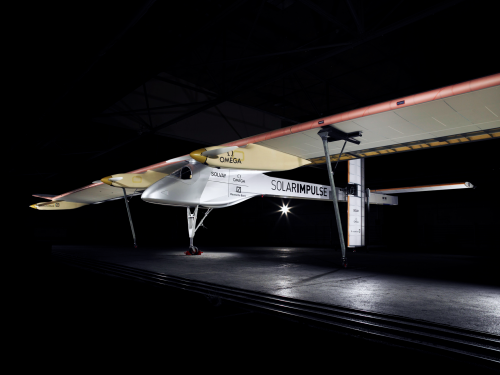 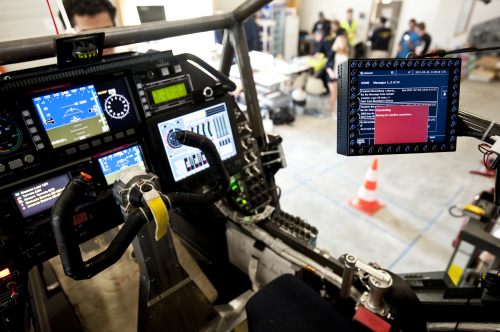