The case of the disappearing chimney. 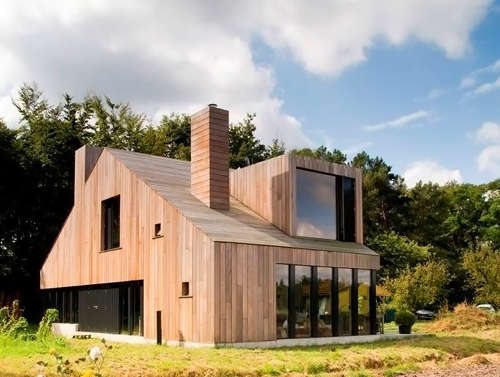 The Chimney House was designed by Onix, a Dutch architecture group that began to notice a startling lack of chimneys in recent residential construction. I supposed this observation isn’t really all that surprising given that hardly anyone still uses a fireplace as their primary heat source anymore, but there is something unquestionably nostalgic in the chimney as an architectural feature, and it’s sad to see it go. After all, what child drawing a house doesn’t include the familiar rectangular rooftop projectile billowing out clouds of crayon curlicued smoke? 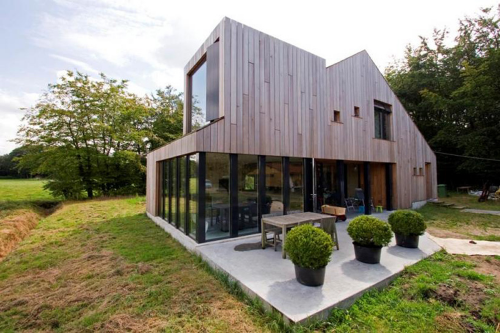 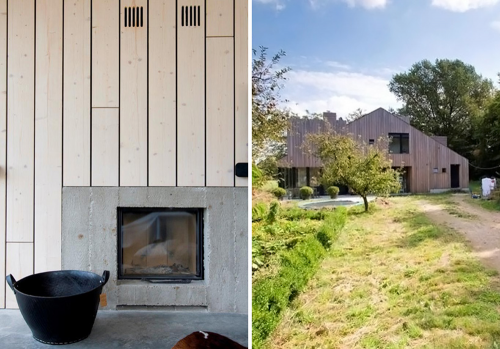 Onix’s design calls extra attention to the world’s chimney deficiency by building a home with no less than four of them in various shapes and sizes, creating a jagged, uneven roofline and a fun, playful silhouette.
But as these are very modern chimneys they do more than just lead to a hearth, they also channel light to the home’s interior. 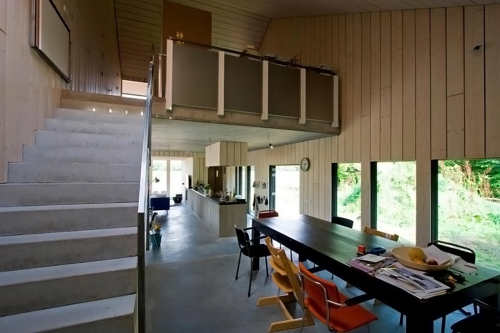 The house is itself a striking bit of design work, completely lined with gorgeous wood panels and nestled beside a lush forest. Still, it’s clear Onix had some good fun with the design. For example, it’s no coincidence that the large projection on the left of the house looks like the outline of a chimney a child might draw in one of those aforementioned crayon sketches.