netherlands design showcase dutch stuff is back for second edition.

following its debut in 2017, dutch stuff returns to london design fair at the old truman brewery in east london this september. whereas last year’s show was all about making a statement – exhibiting the work of more than 60 dutch collectives, studios and independent designers – this year’s offering is a more refined affair. by scaling the exhibitors back, the designs will be afforded space to breathe, and visitors will have more opportunity to explore the individual designers, products and ideas that are driving contemporary dutch design thinking forward.
dutch stuff is a deliberately eclectic, multi-disciplinary exhibition taking place against the raw industrial backdrop of the old truman brewery’s 600m2 top-floor gallery space. the show presents furniture, lighting, textiles, ceramics and category-defying sculptural objects and installations from the most innovative minds on the dutch design scene. the line-up includes both internationally known names and emerging talents, new experiments in materials and methods, collaborations and individual projects. 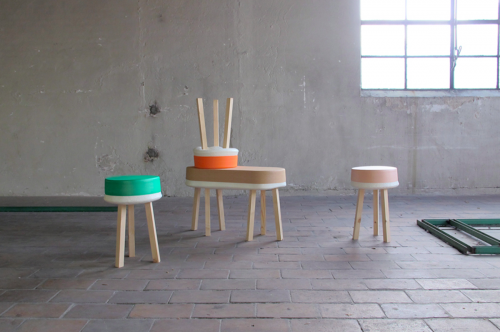 Even after Salone Del Mobile is over, I’m still thinking about The Front Room’s presentation at Ca’Laghetto, Via Laghetto, which featured a number of remarkable designers, including the Rotterdam-based Earnest Studio headed by Rachel Griffin. For Milan this year she presented Swell, a series of stools and benches that put an emphasis on the production process by cutting costs at every stage.

“Upholstered furniture typically uses foam created in massive block molds and cuts it into smaller pieces that are added to a separate frame. Swell integrates these production elements by using the frame and fabric as the mold for the foam. This also allows the foam to acts as a binding agent, eliminating costly handwork.”

Griffin goes on to explain that Swell simplifies the production process. Instead of molding massive blocks of foam, cutting them down to size, gluing them to a wooden frame and then sewing the fabric on top, “Swell uses the fabric and frame as the original mold for the foam.” The result cuts down on production time and materials and, because the foam fills the fabric, “no material is wasted as cut-offs.” Furthermore, the foam acts as a binding agent between the fabric and frame so there’s no glue, extra adhesive or sewing necessary. And since the foam expands in the fabric in a slightly different way each time, every piece is unique.

Swell Stool and Bench are available from The Front Room’s online shop for $393 and $542, respectively. 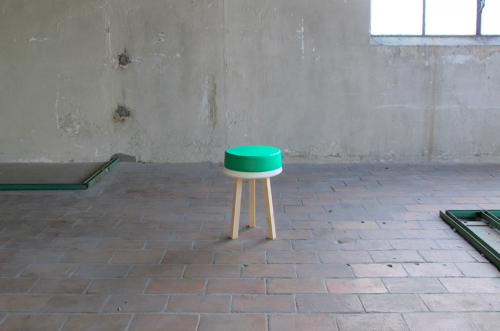 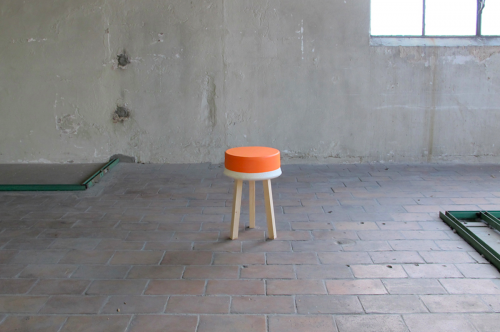 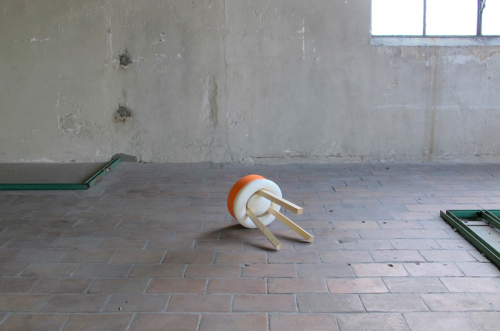