Home Tag design of everything

the genesis of the design of everything cusp conference per dave mason.

DesignApplause and dave mason agree to meet right after his 2016 cusp conference – after dave takes a few days off to do whatever one does after a ninth annual iron man of sorts.

[DesignApplause] first question that comes to mind: where did the cusp conference come from?

[dave mason] it really came out of my experiences going to other conferences. early in my graphic designer career i went to a lot of graphic design conferences and they were hugely valuable. after a while it seemed i was hearing the same kind of things over and over. it’s not a knock on those conferences per se but graphic design is a narrow vertical. so i ended up going to different types of conferences. for example i went to ted several times way back when when it wasn’t quite as out of reach financially. eventually ted spawned a spinoff in toronto called idea city. kevin krueger and i would take six or seven of our employees to idea city every year because of how much we got out of attending as a group.

both ted and idea city had addressed design to some extent. those elements were presented in a very broad sense. as time passed kevin and i realized we were investing a significant amount of money taking our team to these events.

so over time we began to look around for more design-centric options. since we couldn’t find anything treating design in the broad/focused way we were looking for, like idiots we decided to take a shot at creating such an event ourselves. after about two years of planning and thinking and designing, the 2008 recession hit and we decided to do it. like i said, idiots!

that’s really where cusp conference came from. because we view anything that’s been created by humans as being designed, we position cusp as a conference about the design of everything, with design as a big broad idea that allows us to invite anyone we want. that’s the genesis of cusp.

[da] that’s awesome. did you ever make the international design conference in aspen?

[dm] i have not been to the aspen conference.

[da] cusp reminds me a lot of aspen where physicists, writers, social workers, ceo’s and just a mix of speakers that somehow weaved design into their deal without much difficulty. of interest richard saul wurman attended aspen then became a board member and when in the mid 80s aspen’s star began to fade richard founded ted.

[dm] we are fortunate enough to know richard and he’s been a cusp speaker, so it kind of came full circle. cusp gives us the opportunity to bring together different like-minded people within the construct of ‘the design of everything’. you’ve been to it a few times so obviously you know it creates this weird thing that happens, which is kind of exciting and energizing for us.

[da] you dovetailed into my next question — why you do it. please tell us if cusp ties into your day jobs at multiple.

[dm] we’ve evolved from taking a few employees to a team building event to involving everyone in our company to our own conference. granted some are backstage working their butts off, but it dovetails perfectly with what we do in our day jobs, designing in a dynamic, ever-changing world.

cusp is a very energizing and a galvanizing force for the company, bringing us all together, and from a strictly business standpoint, it doesn’t hurt our brand either. it’s a very positive thing all around.

[da] no question about it. you and i made a plan immediately after cusp 2016 to have this chat after you took a vacation. now you’re back, are you starting to think of next year?

[dm] well i never stop thinking about next year. i was thinking about next year last year. this thing is with me 24 hours a day. my radar is always on. it’s amazing how many times a day i bump into something and i make a note of it. two years later, that note i made has translated into someone standing on the cusp stage talking about something. it’s sort of become part of my dna for want of a better term.

[da] i recently talked to people who went to an annual design conference and they mirrored what you said earlier regarding repetitive topics. the rookie attendees were a lot more inspired than the seasoned attendees. this speaks to your eclectic group of speakers. so what do you look for in a speaker?

[dm] that’s a very popular question. we have a trivial phrase and i’m sure you’ve heard it: cusp worthy. we don’t invite people because they’re public speakers or ‘thought leaders’. we invite them because they’re involved in something that fits the essence of the conference. sometimes i may send a prospective presenter information about the conference. on a follow up they’ll say, ‘i’m not a designer, i think you’ve got the wrong person.’ but when i explain to them that the way we see it, if for example, they’re endeavoring to re-conceive the u.s. criminal justice system. that maybe they’re trying to redesign it. that maybe this process does make them a bit of a designer. and they often go, ‘i never thought of it that way, ok, i’ll come and talk.’

i find people. i contact them. i invite them. i talk to them. if they say yes, they come. and that’s it. and the process rarely comes up short.

[da] i’m a bit conflicted with the design label though when it’s in everyone’s vocabulary, both good and bad and especially when it’s not tied to a process. but to your point, historically, cusp has curated a great and inspiring body of work. and design does feel comfortable in many settings.

[dm] that’s a good way of looking at it. there’s something special that takes place at cusp…the speakers can only talk about themselves and what they know and what they do. a product designer and a comic book writer may find a common thread in their, let’s call it design, process. and the attending sales manager, or librarian, or student, realizes that thread and takes it into their own world. that’s pretty cool. we think everyone has a design gene which they wittingly or unwittingly use to solve their problems. as a species, in a relatively short time we’ve gone from stone tools to putting a vehicle on mars. you don’t do that unless you are designers by nature or by instinct.

[da] not everyone, but evenly distributed amongst all passions and whatever disciplines. there’s a nice sprinkling of someone who can visualize things and folks who can create a process and folks who can execute this stuff. in that sense, we’re all designers. no question about it. cusp’s main theme is clear. is there a sub-theme?

[dm] we want to introduce design to everyone and introduce it early when possible. for example, if we can get high school kids to cusp, we want to reinforce design as a concept in their minds, that they can design things too. that they don’t have to accept the status quo. that things can be redesigned as well as designed.

american democracy is not the same as canadian democracy. and that’s by design. but these systems can be redesigned if they’re not working. that’s the essence of cusp. by saying it’s ‘the design of everything’, we mean everything.

[da] good point. i was exposed to jazz in high school and it’s served me well in all sorts of ways. what do you look for in an audience?

[dm] i think the audience self-selects. and cusp is unusual. we have lifers who have attended 6, 7, 8 years. when asked how they would describe cusp, they’re like ‘i don’t know.’ it’s a hard thing to describe, which makes marketing a little difficult! in the beginning cusp came from and was of the design world. the attendees were design-centric professionals we knew — our peers and our colleagues — our friends — mostly practitioners of design. over the years the mix has evolved to less than 40% being design practitioners. the rest are composed of chief innovation officers and company founders, etc., who know that design matters and they should be thinking about it and learning about it all the time. and that’s why they’re there.

[da] i like the daily schedule – cramming a lot of stuff in 2 days. especially the second day. i like the music each morning to get the head straight and i’ve become accustomed to death topics after lunch. this year someone talked about the prison system and the guy i was sitting next to was saying ‘boy, this is really heavy stuff.’ and i said, ‘a couple years ago a woman talked about planned (designed) assisted death.’ so i’ve come to expect and anticipate that messaging after lunch.

[dm] ha! good to know but that’s not intentional! here’s a little secret, ron. we don’t ask people what they’re gonna talk about. we invite them because of who they are and what they’re involved in — for example someone might get invited because they’re the greatest widget designer in the world — but they’re free to talk about whatever gets them up in the morning or keeps them up at night. and then they don’t talk about just widget design. they talk about something that matters relative to the design of everything. like i said, people have been there 6, 7, 8 years. they can’t describe cusp per se but each year it’s a new life learning experience.

[da] so is there anything you want to do that’s been a real challenge to make happen?

[dm] i don’t think so. because we’re not trying to grow this into a worldwide thing. we like exactly what it is. it’s small, intimate and everyone gets to meet everybody. it’s got a great reputation now, to the point that when i invite someone now, they take a look at the site and say that they’d love to be a part of it. it’s got some momentum i guess. it’s not our day job. there’s nothing that we sit around and go ‘i wish we could do this, but we just can’t get there.’ ya know? it is what it is and we’re thrilled with it.

[da] sounds right. is there anything we didn’t talk about that you wish talk about?

no, but here’s a refrain. these days, through algorithms that think they ‘know’ us, we get lot of programmed content, keeping those things we inquire about in our faces. cusp can’t pretend it knows you or what you might find interesting. if you go to a graphic design conference as a graphic designer, you have a reasonable graphic design expectation. but we hear it over and over: folks don’t know what to expect when they attend cusp conference. numerous people have said ‘i really didn’t know what to expect, but i was flipped out or blown away by it.’ people came away with so much because they literally had no clue what they were going to experience.

so ultimately it’s that unknown that becomes valuable, the serendipity of it all. i think that’s what i hear over and over. ‘wow. i work in this field. i never would have experienced what this guy from this field completely different from me had to say, but what he said applies to me.’ and there lies the magic of: the design of everything. 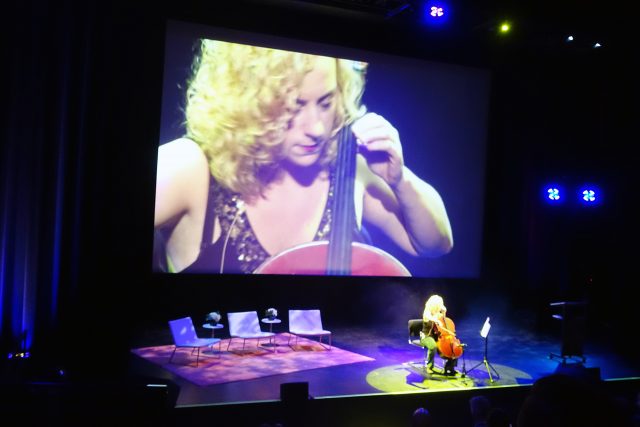 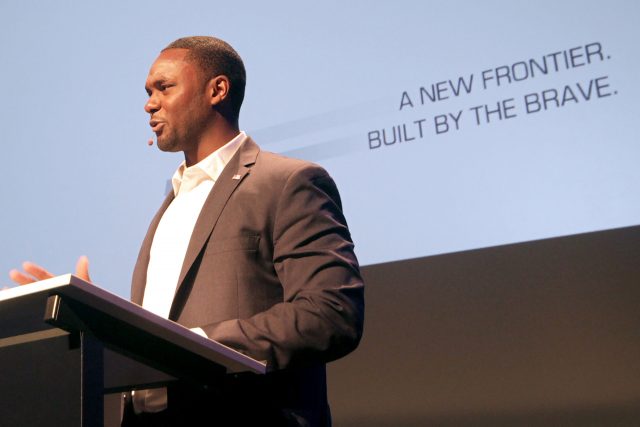 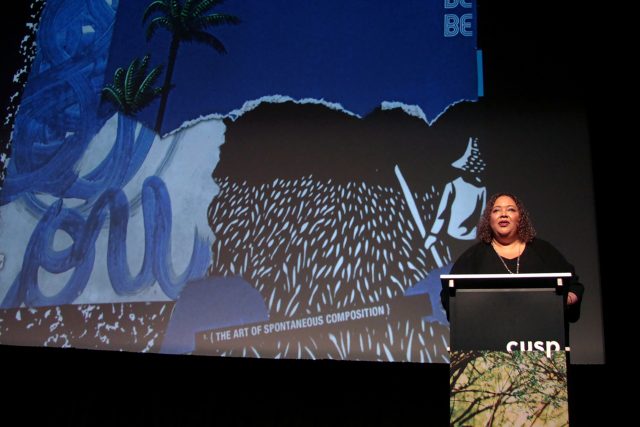 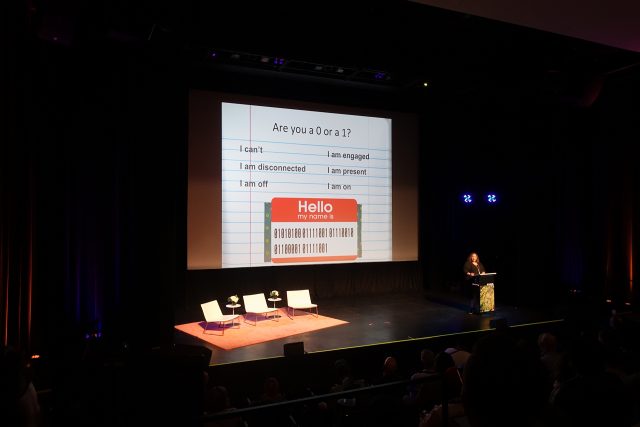 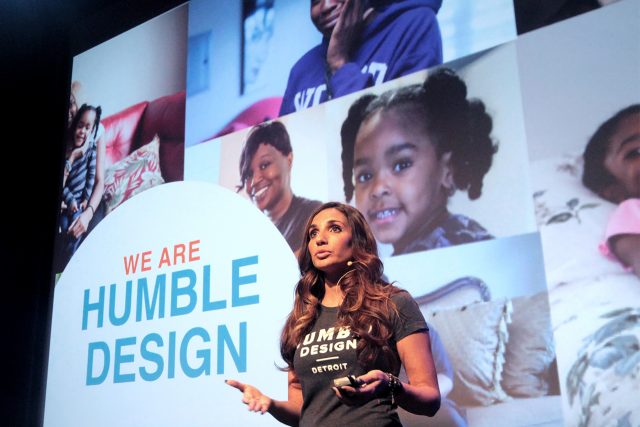 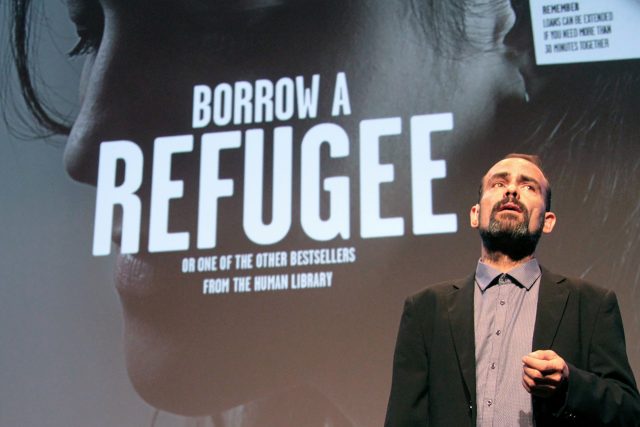 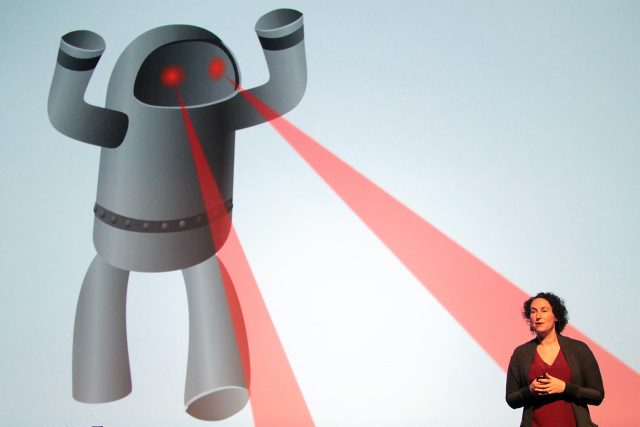 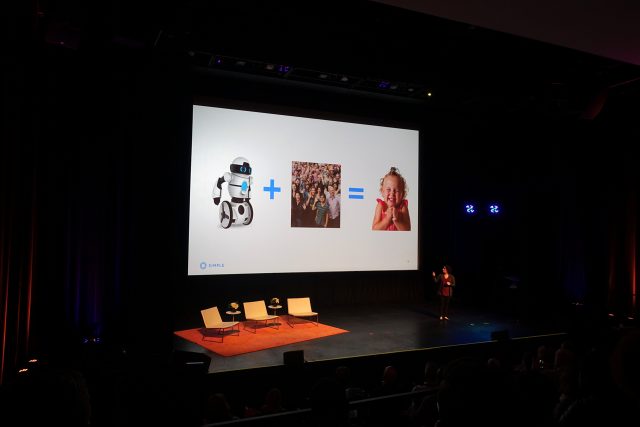 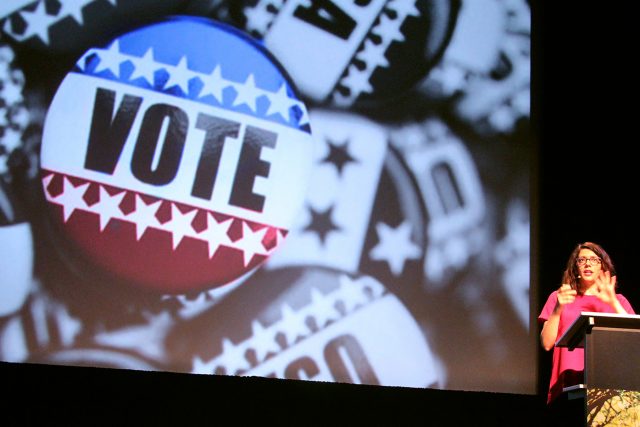 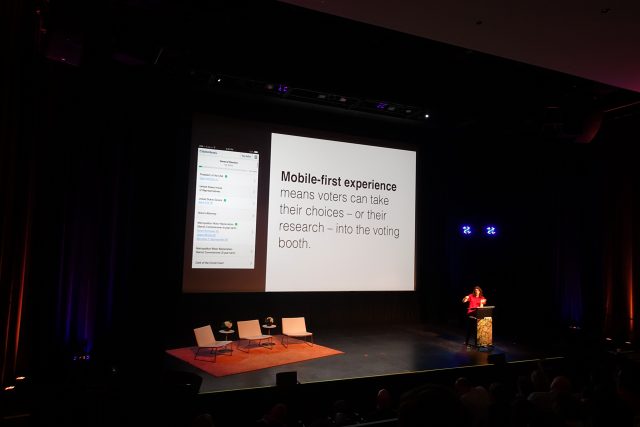 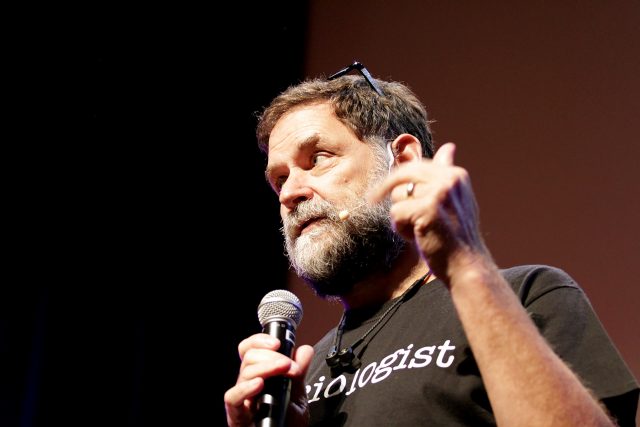 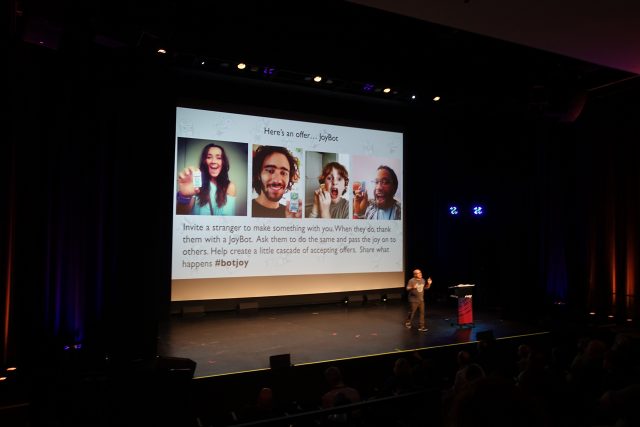 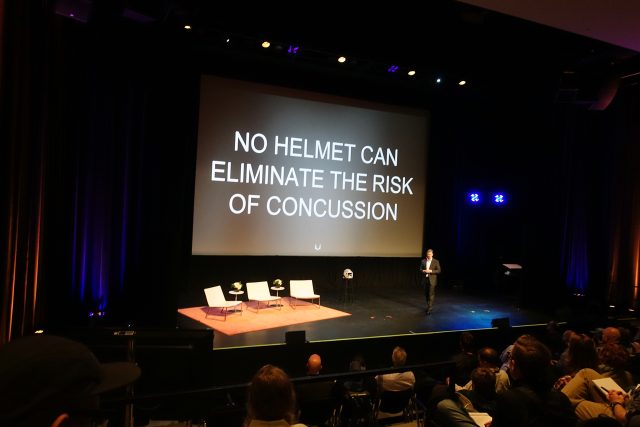 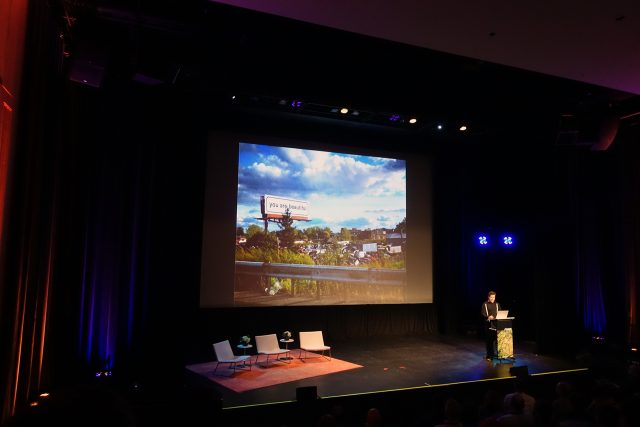 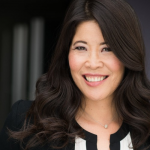 2016 presenter wendy suzuki Ph.D. thinks everyone should remember to exercise. And exercise to remember. 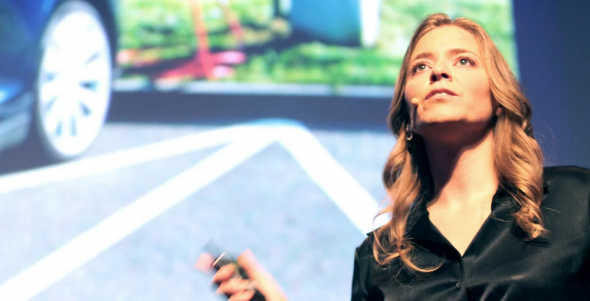 suzanne hunt on the energy transition, and designing with your heart.