The eames elephant, 67 years in the making.

Designed by Charles and Ray Eames in 1945, the Eames Elephant never made it into mass production. This actually isn’t all that surprising; many of the Eames now iconic designs were made as one-offs for friends and family, and it was only through the urgent pressing of the recipients – and in some cases Vitra – that pieces like the rosewood leather lounge chair and ottoman were ever put into production.

The two original prototypes were made out of molded plywood and exhibited at MoMA, but were never seen by the public again until 2007, when a limited, 1,000-piece run in red and natural maple was produced to celebrate Charles’ 100th birthday. Now, 67 years after it was first conceived in the Eames office, Charles’ grandson Demetrios has teamed up with Vitra to bring the Eames Elephant to the public en masse and for good. The elephant is available in five different colors and instead of plywood it’s made from thick plastic, a more durable choice for children at play. 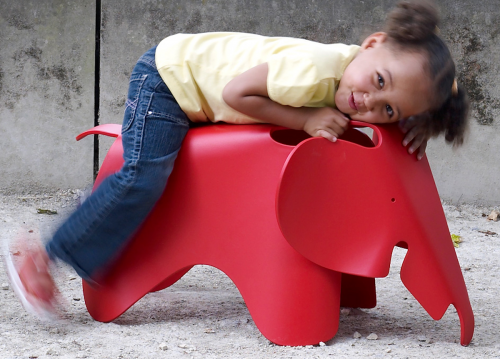 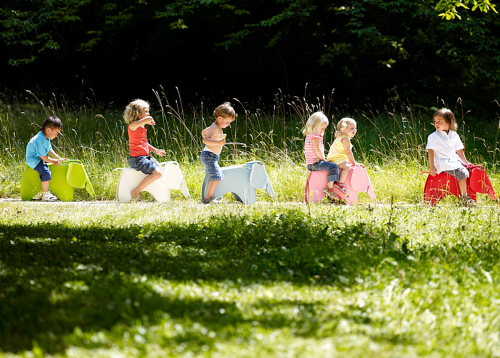