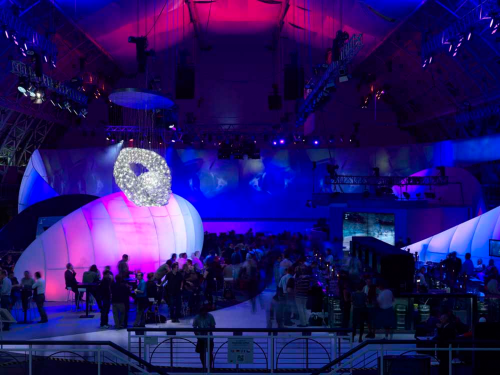 [ lasvit ] the leading designer and manufacturer of custom contemporary light fittings, feature glass art installations, and award-winning lighting collections was acknowledged for their design contributions to the interiors of the Czech House at the 2012 Olympic Games in London. The Associated Press gave the “gold medal” to the Czech House for it’s “eccentricity” which stood out amongst the many National Hospitality Houses at the 2012 London games. 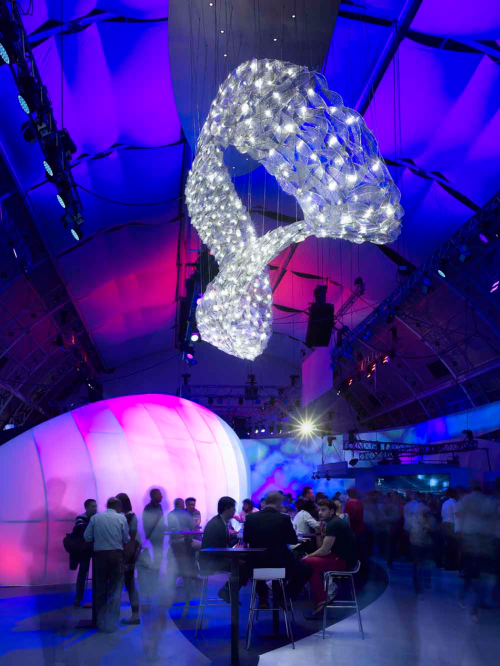 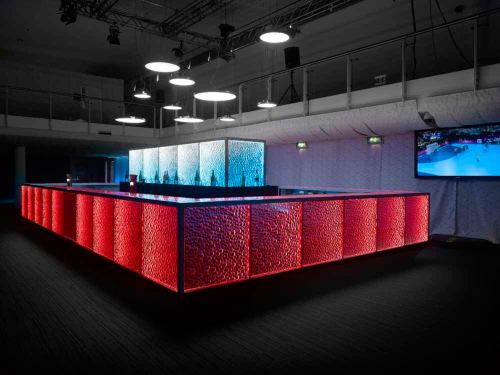 The Czech House, a transformed conference venue in north London’s Islington neighborhood, attracted up to 4,000 visitors a day to enjoy the hospitality and good vibes as well as to cheer on the Czech team. Lasvit, the official crystal partner of the Czech Olympic Team, installed “Infinity” an elegant lighting sculpture and “Hydrogene Bar,” an illuminated crystal bar lit by a series of LEDs. They were also commissioned to produce glass trophies as gifts for VIP guests and the best athletes at the 2012 Olympic Games. [ lasvit ]