an architecture biennial unveils avant-garde ideas, materials, technologies and practices and serves as a forum for architects to make connections, collaborate with others and engage the public in issues and concerns in the field. the biennial also recognizes outstanding work in the industry.

the graham foundation is pleased to present the available city, part of the fourth edition of the 2021 chicago architecture biennial (cab). this edition marks a new approach to the biennial model, bridging the traditional exhibition format to a deeper engagement with the community to expand access and impact. offering opportunities to discover installations, exhibitions, and programs that explore transformative possibilities for vacant spaces in communities worldwide. the available city is curated by designer, researcher, and educator david brown. as artistic director, brown activates his ongoing, decade-long research project to document and reimagine new futures for vacant lots in american cities, including the more than 10,000 city-owned vacant lots in chicago. with over 80 contributors from more than 18 countries, and more than 100 cultural partners, the available city includes 15 site-specific architectural installations: located on public and private lots located in chicago’s neighborhoods of north lawndale, bronzeville, woodlawn, englewood, pilsen, and the south loop. there are also two exhibition-based explorations located in an unused storefront space in bronzeville and at the graham foundation. 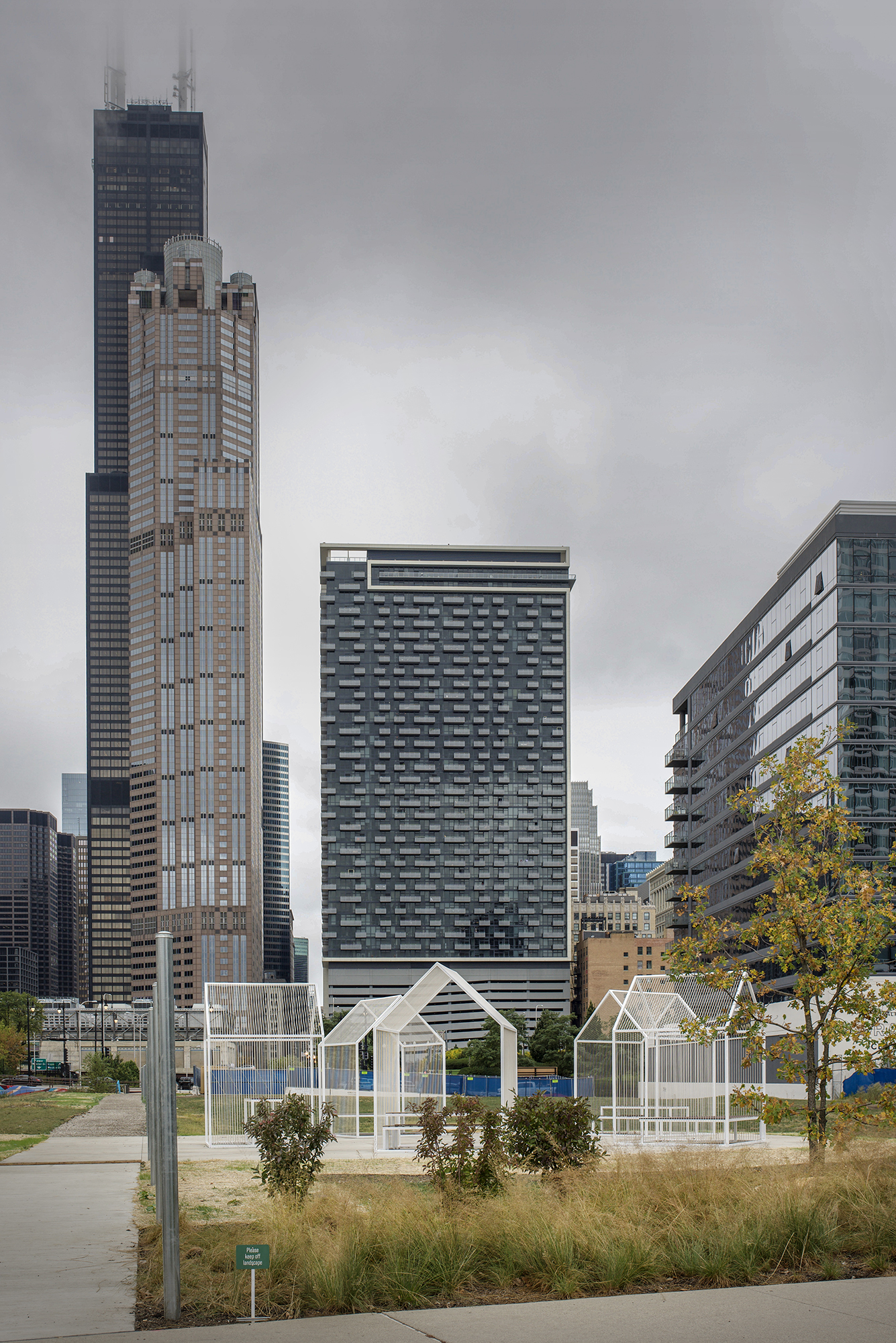 on this site, for nearly a century beginning in the late 1800s, this 7-acre site along the south branch of the chicago river housed a four-story freight warehouse which operated on the site between 1890 and 1969. by the middle of the 20th century, river freight and warehousing declined leading to the demolition of the warehouse creating a vacant site – or “available” – for the next 40 years, despite its prominent location in the heart of downtown chicago, immediately south of the loop. developer lendlease acquired the site in 2015 and developed plans for southbank, a community-centric master plan comprising four towers centered around a 2-acre public green space known as southbank park. reflecting the evolution of the river from an industrial waterway to one of recreation, the riverwalk features a viewing platform, seating areas, and a natural stone amphitheater. 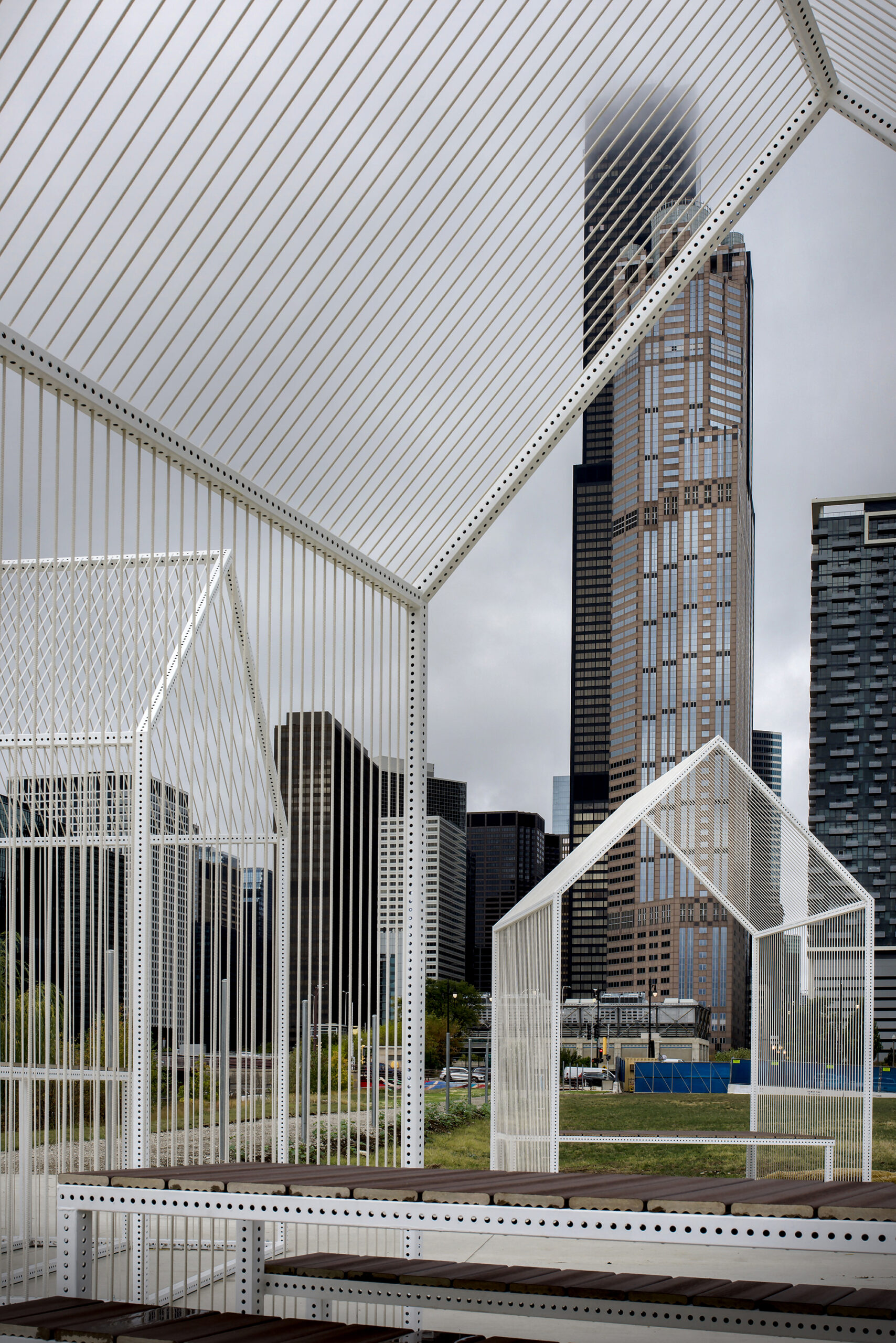 port is a public realm design practice comprising architects, landscape architects, and urban designers. founded by christopher marcinkoski and andrew moddrell, port’s practice model is based on a belief that the public realm represents the most essential spaces of the contemporary city. by helping communities to reimagine and shape these spaces, port actively creates the venues in which society and culture evolve and progress.

visit the [ chicago architecture biennial ] to explore more about the biennial, what is on view throughout the city, and upcoming programs and events. look for DesignApplause to spell out these events in weekly separate articles.

photography by gloria araya
this is a developing story…