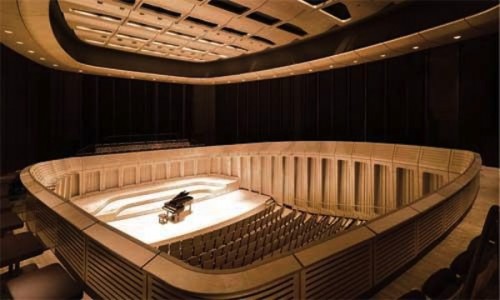 The competition to design the new Royal Welsh College of Music & Drama in Cardiff was held back in 2007, but it was completed just recently, opening its doors to students in late 2011. The $35 million project includes a 450 seat chamber recital hall (with acoustics that will apparently blow your mind), a 180 seat theatre, four rehearsal studios and an exhibition gallery (take a virtual tour of the grounds).

Jason Flanagan, the project director said the “approach was two-fold, to design the internal performance spaces from the ‘inside out’, looking at their acoustic and theatrical functionality as major drivers, whilst in parallel designing from the ‘outside in’, thinking about the civic presence of the building in its urban context.” That sounds like a load of vague ad wash to me, but who cares – the space looks incredible.

There are three new performance spaces housed within the original, though heavily renovated building. The most fascinating part is the roof. Each individual space is “united under a single, floating roof, its height determined by the theatre fly tower.” This not only means that the acoustics can be tweaked to the nth degree depending on the evening’s performance, but it gives each auditorium the look of a music box with the lid lifted off so that we might gaze in at the precious contents. 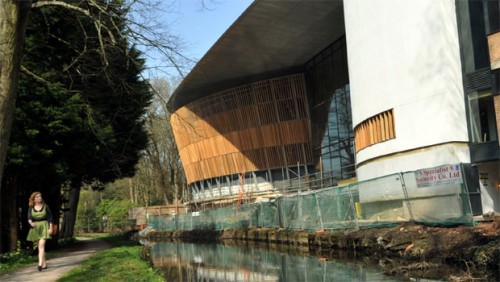 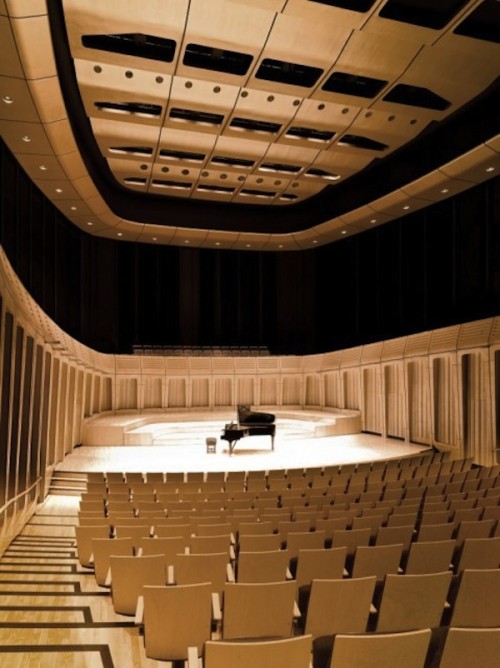 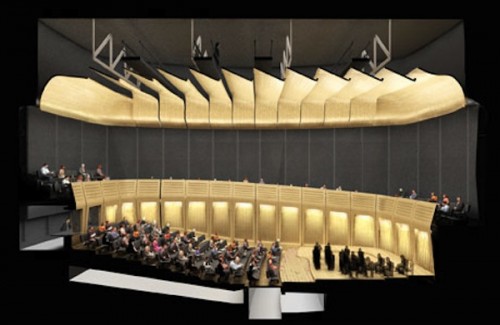 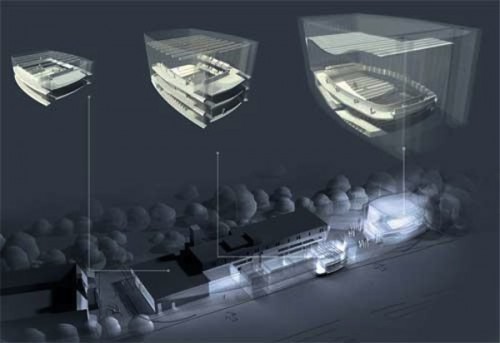