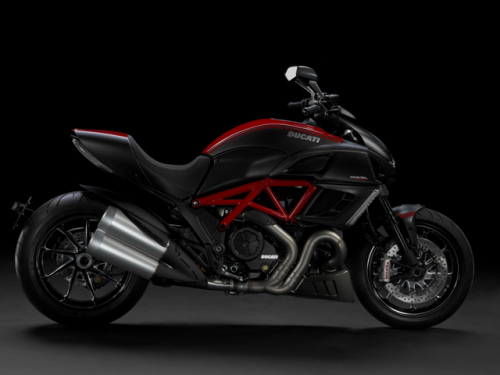 above: the diavel carbon. 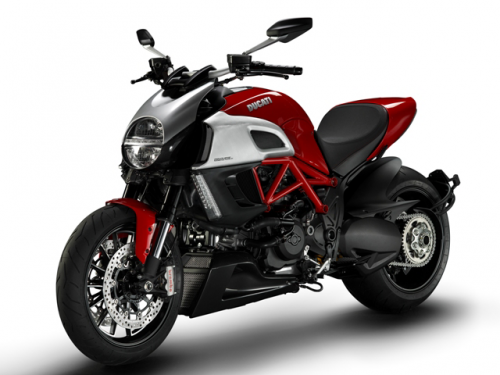 Continuing the technological standard recently set by Ducati’s own Multistrada 1200 S, the Diavel features Ducati Traction Control, Ducati Riding Modes (Sport, Touring and Urban), Ride-By-Wire throttle and ABS brakes that combines to deliver the most dominant ride available. The lightweight and sleek Diavel weighs approximately 450 pounds. With strategic design in mind, the Diavel features excellent handling and an unmatched sense of confidence and control, while embodying a nimble athlete on starting blocks.

The Diavel’s comfortable ride features one of the lowest seat heights (30.3in) in the Ducati range as well as wide tapered aluminum handlebars beautifully shaped to fit the lines of the bike. Other technological advancements include LED lighting, keyless ignition and LCD split-level instrumentation with a TFT control panel display.

“The Diavel is confident and muscular; this stylized and innovative bike is shaping the future of motorcycle design as riders demand comfort, style and performance in a user-friendly package.” said Cristiano Silei, CEO of Ducati North America. “This Ducati introduction embodies both attitude and ability by offering an ownership experience unlike any other.”

Developed from the world champion Testastretta Evoluzione Superbike engine, the Ducati Diavel comes equipped with the Testastretta 11° power plant, able to harness the power of a Superbike  yet produce a smooth ride, which can be adapted at the press of a button. Via the Ducati Traction Control system, the Diavel offers eight levels of traction sensitivity, which significantly increase the bike’s active safety and performance levels. What’s more, the Ducati Diavel boasts 162-horsepower in Sport and Touring modes for an adrenaline-fuelled ride, or 100 horsepower in Urban mode for a more relaxed experience.

The Ducati Diavel is available in two versions: the Diavel, $16,995, and the Diavel Carbon, $19,995, featuring a body formed entirely in carbon fiber, and forged aluminum Marchesini wheels that shave 5.5 pounds of unsprung weight from the motorcycle. The Ducati Diavel will be available at authorized showrooms beginning in February 2011. Color selections for the Diavel include traditional Ducati red or pearl white and red or black carbon on the Diavel Carbon model.

Founded in 1926, Ducati builds racing-inspired motorcycles characterized by unique engine features, innovative design, advanced engineering and overall technical excellence. The company produces motorcycles in six market segments which vary in their technical and design features and intended customers: Superbike, Streetfighter, Monster, Multistrada, Diavel and Hypermotard. The company’s motorcycles are sold in more than 60 countries worldwide, with a primary focus in the Western European, North American and Japanese markets. Ducati competes in the MotoGP World Championship. In World Superbike, Ducati won the 2009 Manufacturer’s title, bringing the total to 16 of the last 20 Manufacturers’ titles and 13 Riders’ titles. Competing in MotoGP since 2003, Ducati won both the Constructors’ and Riders’ world titles in 2007. 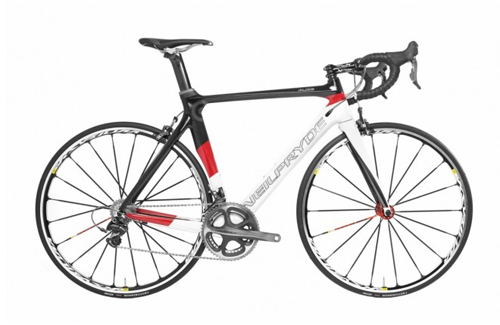 bmw chose europe’s largest bike race, vattenfall cyclassics, held in hamburg, germany this past weekend, to debut their two latest models: the alize and the diablo. 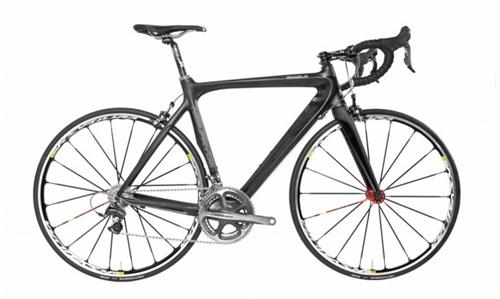 As you may have guessed, those aren’t cars, but high-performance bikes cooked up in a collaboration between BMW Group subsidiary DesignworksUSA and sporting equipment manufacturer NeilPryde. As NeilPryde is best known for their windsurfing gear, it’s a departure of form for both sides. 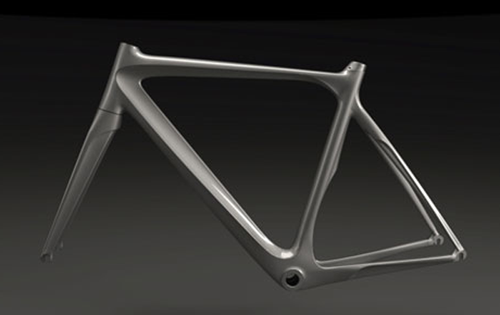 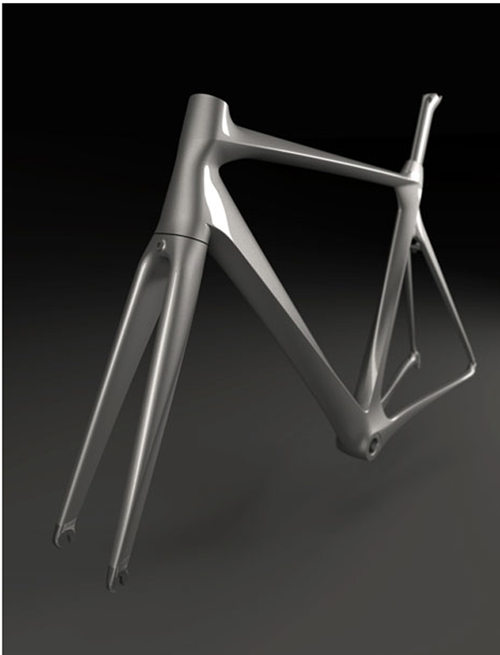 Bike geeks who can’t muster the $3,950 – $5,400 price tag will definitely want to check out the behind the scenes look of the design process, which includes innovations in aerodynamics like the optimized profile and extended Kamm tail design. For the Diablo, the team developed an “exoskeleton design of continuous carbon fibers fully integrated into the monocoque front triangle…resulting in a frameset that has been optimized for its unique material characteristics.”