The Issam Fares Institute for Public Policy and International Affairs (IFI) building by Zaha Hadid Architects (ZHA) at the American University of Beirut (AUB) continues the on-going implementation of the 2002 AUB Campus Master Plan by Sasaki Associates (in colaboration with Machado and Silvetti, MGT of America, and Dar Al-Handasa, Shair and Partners) to advance the university’s academic mission in the 21st Century with facilities of the highest international standards.

The IFI was established as a neutral, dynamic, civil, and open space where people representing all viewpoints in society can gather and discuss significant issues, anchored in a long-standing commitment to mutual understanding and high quality research. The institute aims to harness, develop and initiate research of the Arab world to enhance and broaden debate on public policy and international relations. 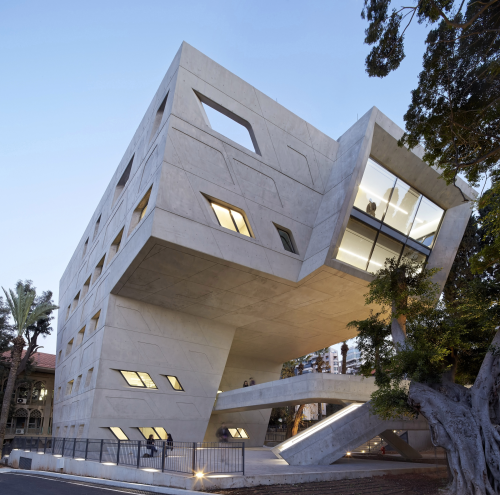 The design significantly reduces the building’s footprint by ‘floating’ much of the IFI’s facilities above the entrance courtyard to preserve the existing landscape integral to the 2002 master-plan, create a new public space for the campus, and establish links from the university’s Central Oval to the Middle Campus and Mediterranean Sea to the north. “The building emerges from the geometries of intersecting routes as a series of interlocking platforms and spaces for research, engagement and discourse,” said Zaha Hadid Architects. 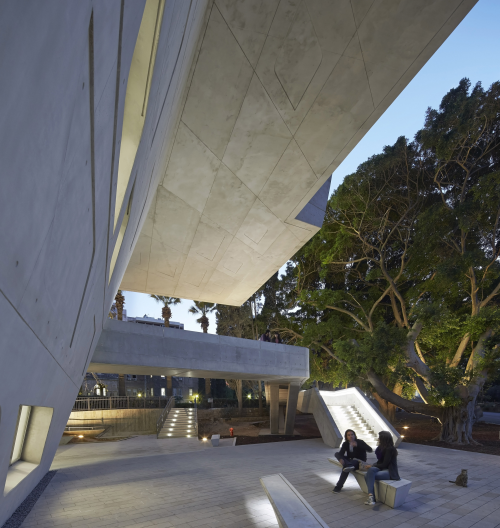 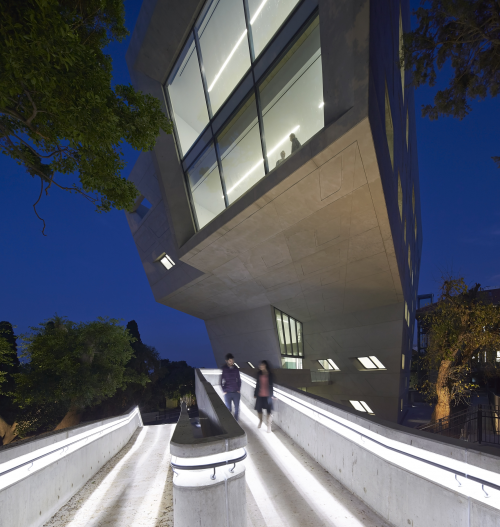 Relocating the infirmary closer to the new university hospital presented AUB with the opportunity to build the institute on the constrained site with a 7 meter drop in elevation between its south and north boundaries. The existing AUB campus combines buildings constructed in concrete throughout the 20th Century in a variety of revivalist and modernist styles with different cladding and rendering treatments. 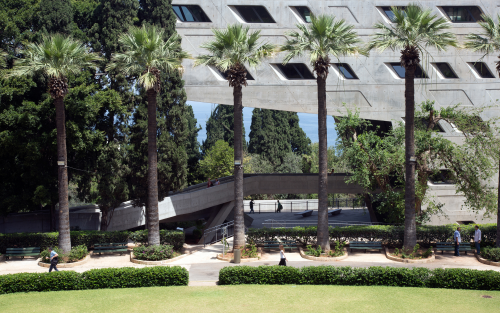 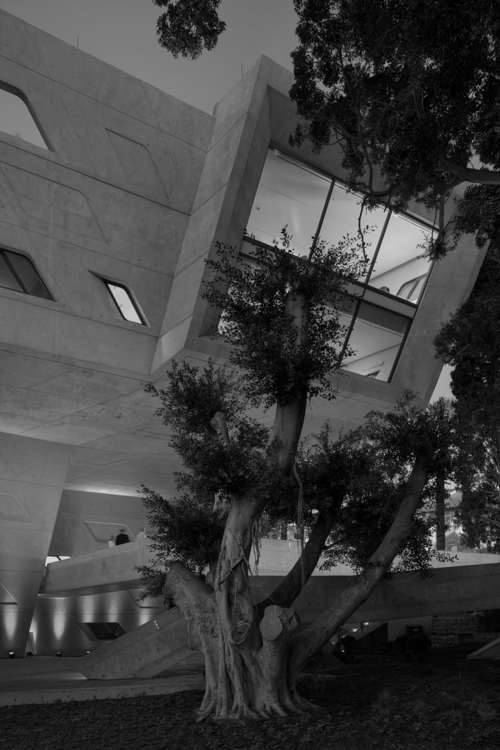