rumored in august that apple was going to erect a new flagship store on pioneer court near the michigan avenue bridge is now a reality. the owner of the property will present the following proposal to the chicago plan commission thursday.

the proposal calls for on the 401 north michigan plaza, a 14 foot high glass pavilion with a thin wright prairie style looking roof. street-level steps are to spill down to the chicago river’s riverwalk. the pavilion concept matches apple’s glass cube entrance in front of the general motors building on fifth avenue, new york city.

though the nyc cube, as well as the original flagship store on michigan avenue, and recent lincoln park store, were all designed by incumbent apple architecture firm bohlin cywinski jackson, the architect for this project is london-based foster + partners. f+p also designed the space-station-like apple headquarters in cupertino, california, which is currently under construction.

the existing michigan avenue flagship, built in 2003, seems to always have people wrapped around the building waiting in line to get in. pioneer court has also proven to be a popular venue, remember marilyn monroe several years ago? not sure this location will add to the store’s success, but the glass kiosk style entrance concept mirrors the design-centric mentality of apple. the new store will sit below street level and occupy 20,000-square-feet. construction to start next year. 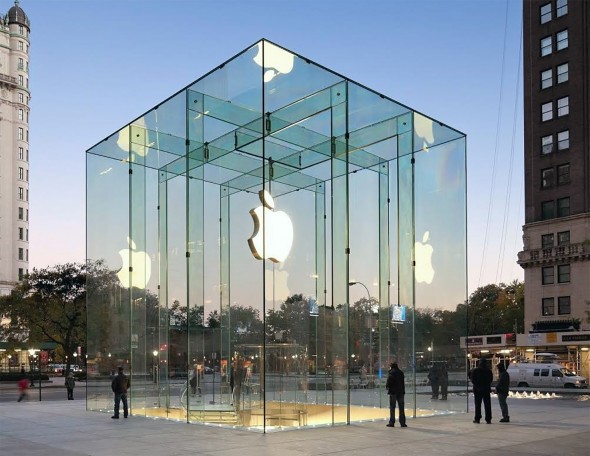 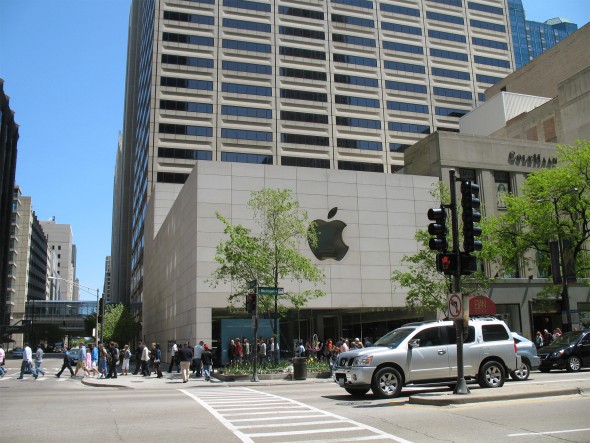 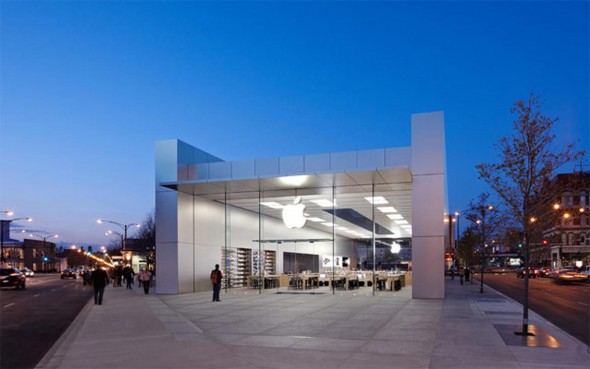 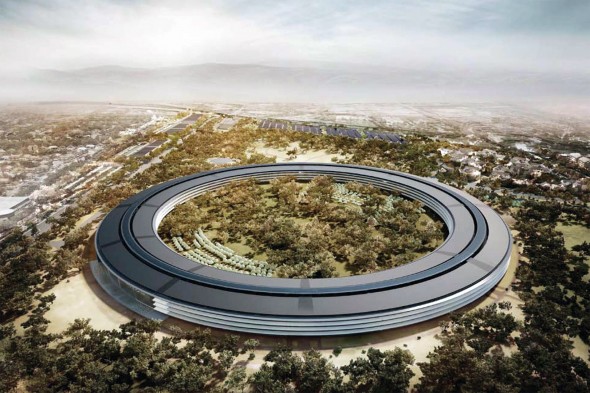 above> apple corporate headquarters in cupertino 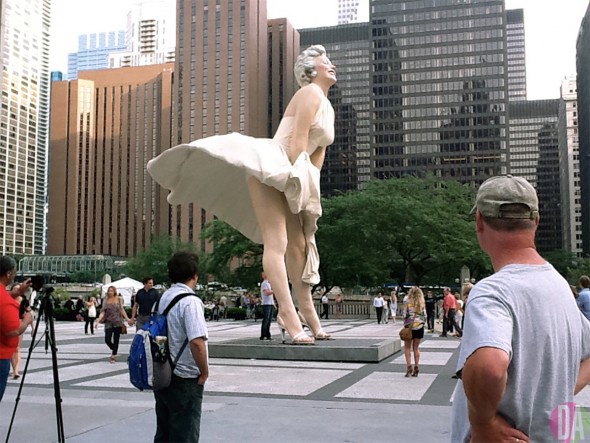