A Memorial Day Weekend tradition, started by Mayor Richard M. Daley in 2004, an avid biker himself, Lake Shore Drive is closed for cyclists. From 5:30a to 10:15a you can ride north to Bryn Mawr then go south to the Museum of Science and Industry as many times as you want, a loop of 30 miles. This is a fun(d)-raising event costing $62 dollars. But with online registration already closed on the morning of the event, and an expected 20,000 riders, getting a free pass is not too strictly enforced. 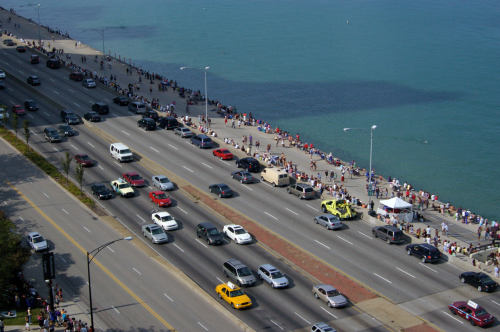 On Earth Day, April 22, B-Cycle will finally become a reality. Denver, Colorado will be the launch city for the bike-sharing program, developed by Crispin Porter + Bogusky, Trek Bicycles and insurance company Humana. 500 B-Cycles at 50 B-stations will be available throughout the city as an alternative to cards for short trips. Register at the b-cycle website. Full story and video. 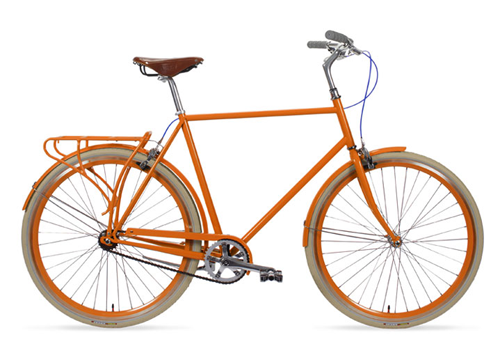 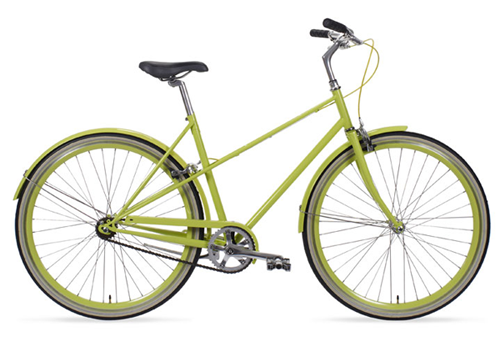 a blurb about public bikes… “We’ve been watching the increase in bike usage in cities around the world for about ten years. It’s been fun. Copenhagen has challenged Amsterdam as the center of biking fashion. Paris launched its Vélib program and now thousands of Parisians get around on city-owned bikes. Berlin, Barcelona, Seville, and numerous other cities throughout Europe followed. New York has put in bike lanes along 9th Avenue and bike racks all over the city. Portland has become the commuter bike capital of North America.”

“We’re joining the movement this spring with a small collection of modern bikes and gear. We will be launching this collection in April. Our bikes have been designed around the style and principles of the classic city bikes of Europe, updated with new technology and modern materials, and adapted to the U.S. market. We have two classic European frame styles, both unisex, both made from strong lightweight steel. We designed them for all sizes and ages and made them especially female-friendly. We will have four colors and three gear configurations all using internal hubs. We think our bikes are pretty, but you can be the judge. Prices will range from about $650 to $1200.”