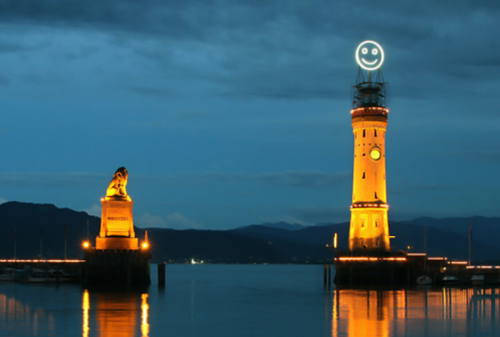 Though their names make them sound more like members of the German aristocracy, Richard Wilhelmer, Julius von Bismarck and Benjamin Maus are the three designers behind Germany’s new Fühlometer, or Feel-O-Meter, an interactive art installation that reflects the mood of Lindau, where it was mounted atop a lighthouse.

Also known as the giant smiley face in the sky, the face changes from happy to sad based on the moods of those who pass by. A digital camera set up along the lake captures the faces of people walking by. Their faces are then analyzed in a computer program and classified as either happy, sad or indifferent. The neon face changes based on the amount of nearby smiles or frowns.

Though I’m not sure I’d like to see my bad or indifferent mood projected for the world to see, I’d love to set up one of these babies in cities all over the world and collate the data to see where people are the happiest. Any guesses as to which cities would come out on top? 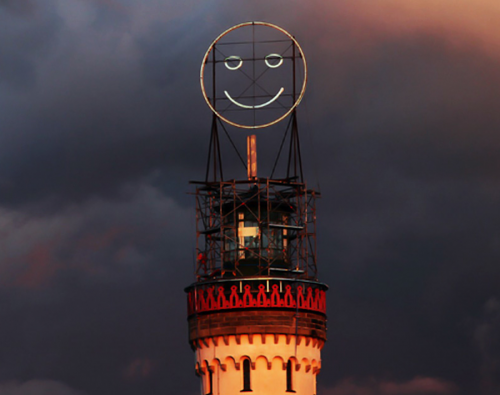 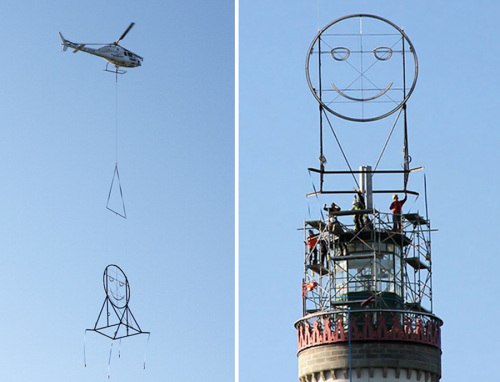