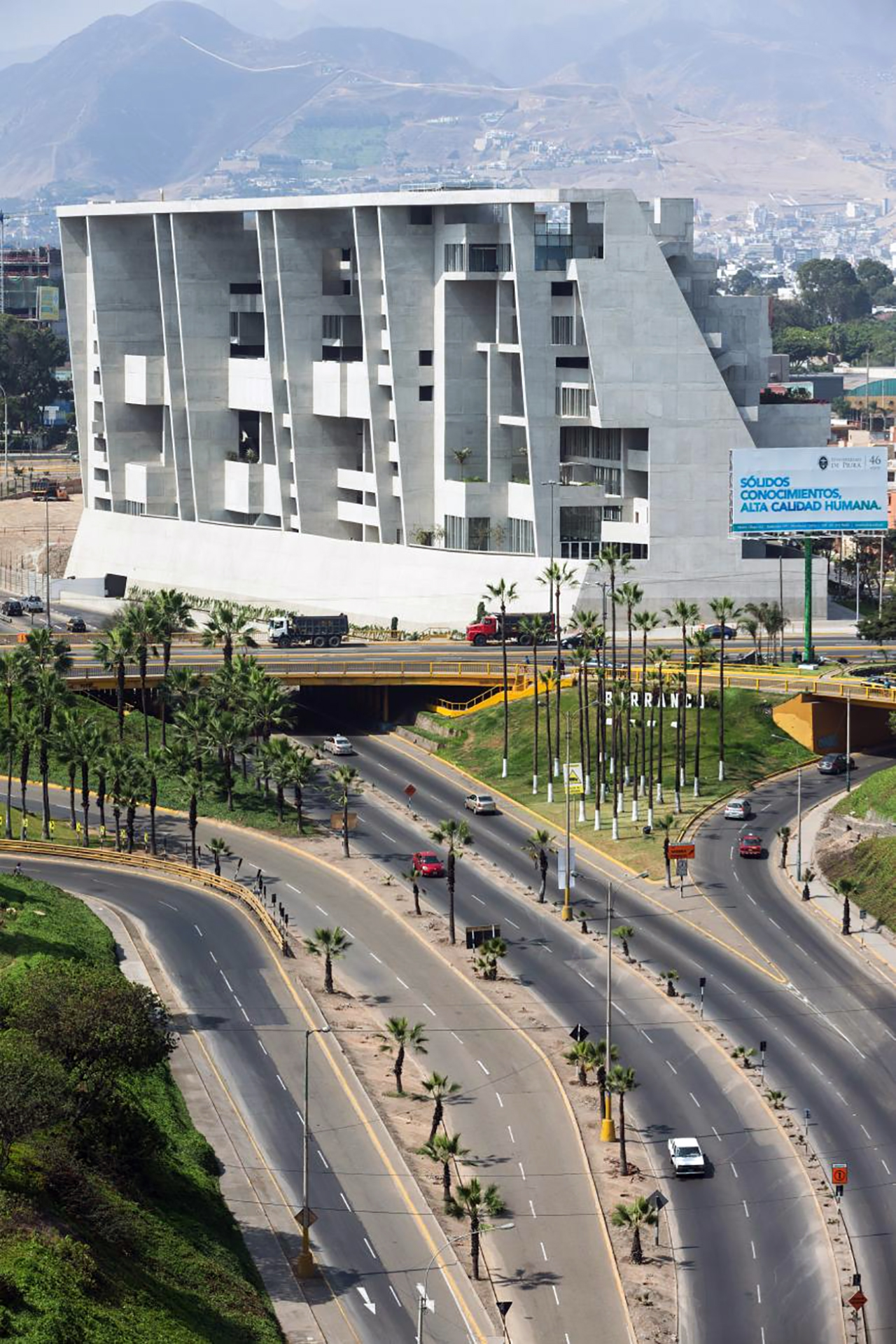 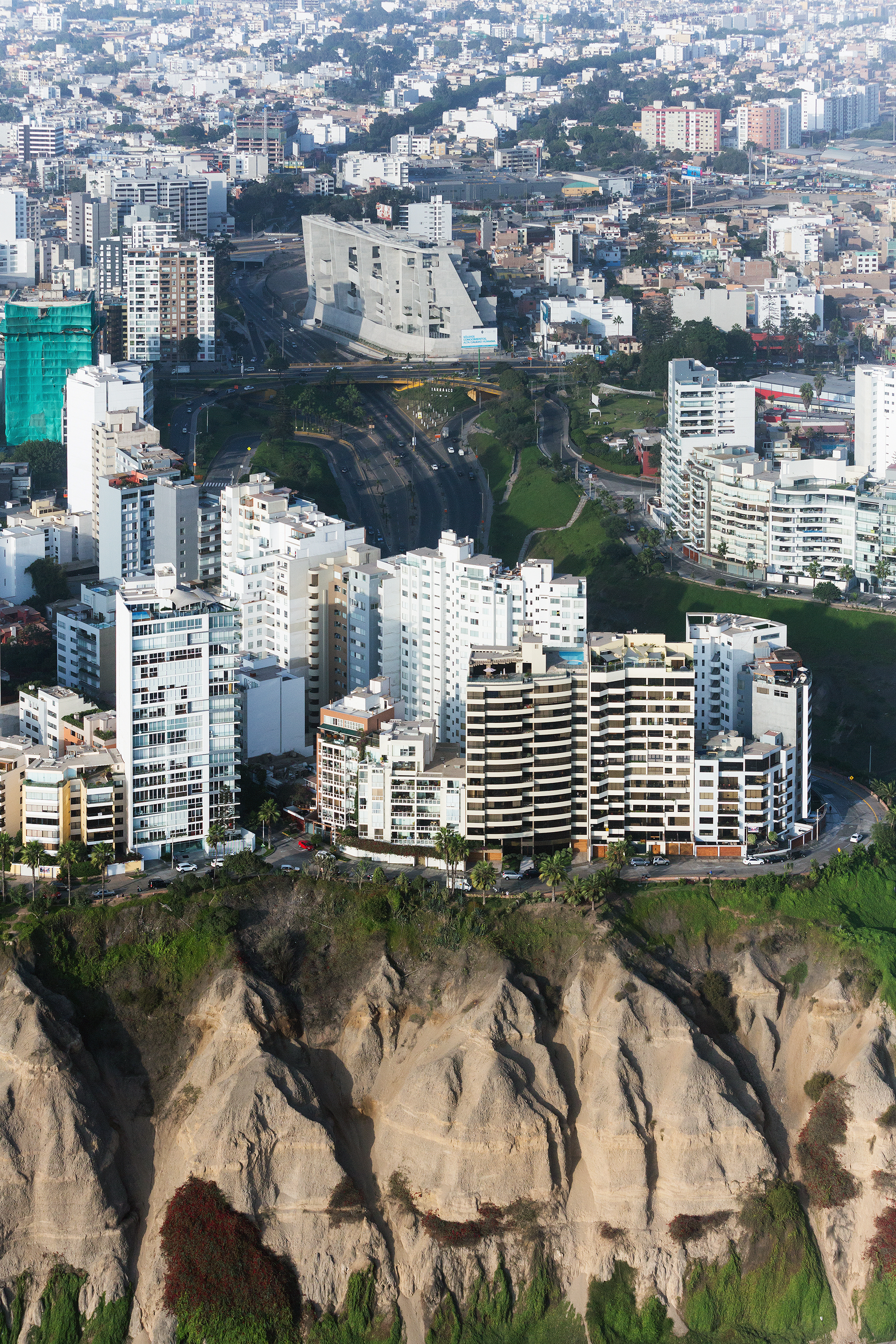 the other three women architects since the first award in 1979 are, in 2004 the late zaha hadid – the first women not part of a team; in 2017 co-winner carme pigem along with partners rafael aranda and ramon vilalta; in 2010, kazuyo sjima with her partner ryue nishizawa; below left to right > farrell and mcnamara 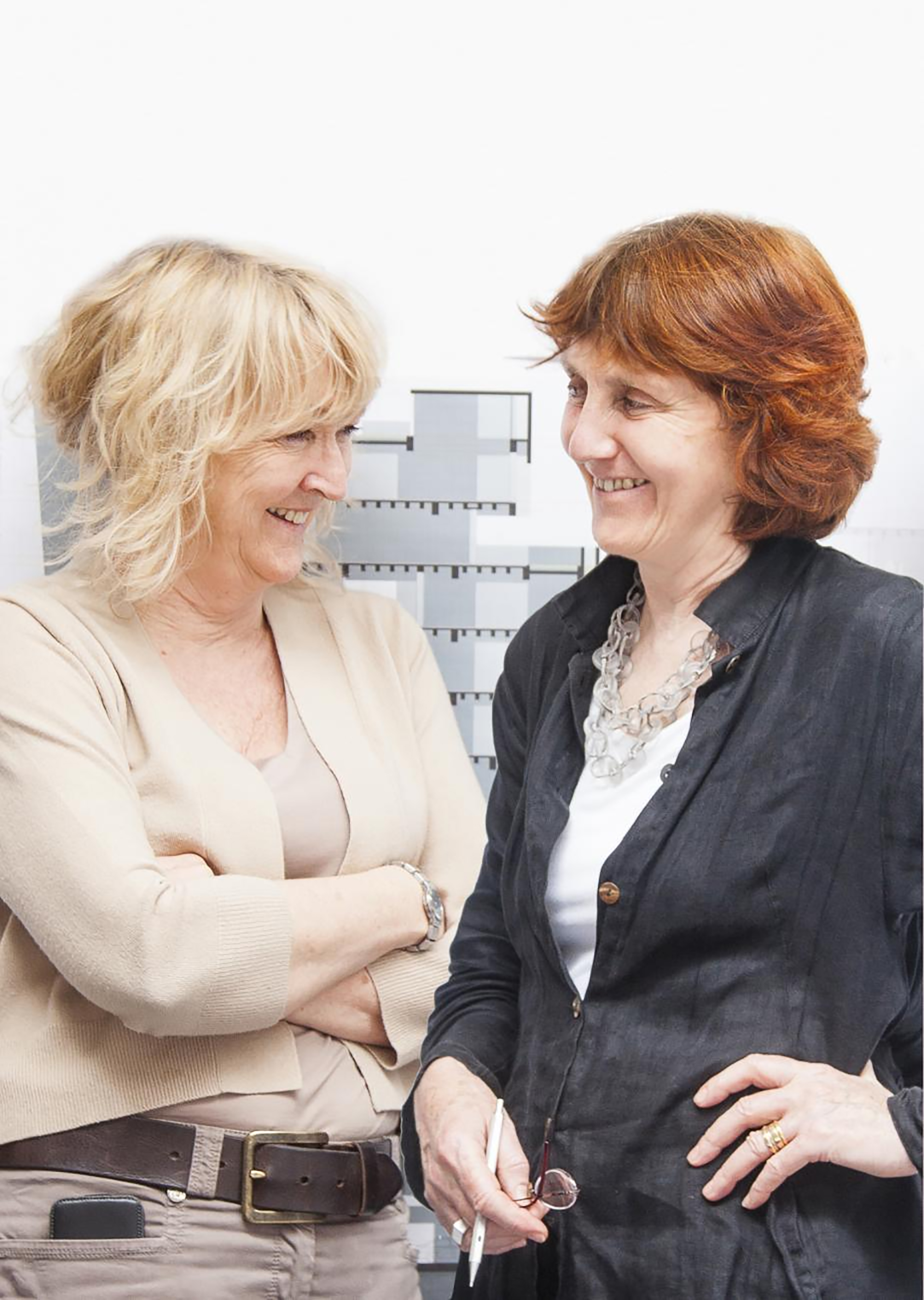 in a press statement announcing their selection, farrell wrote, “architecture could be described as one of the most complex and important cultural activities on the planet. to be an architect is an enormous privilege. to win this prize is a wonderful endorsement of our belief in architecture. thank you for this great honor.”

to which mcnamara added, “within the ethos of a practice such as ours, we have so often struggled to find space for the implementation of such values as humanism, craft, generosity, and cultural connection with each place and context within which we work. it is therefore extremely gratifying that this recognition is bestowed upon us and our practice and upon the body of work we have managed to produce over a long number of years. it is also a wonderful recognition of the ambition and vision of the clients who commissioned us and enabled us to bring our buildings to fruition.”

as architects and educators since the 1970s, farrell and mcnamara create spaces that are at once respectful and new, honoring history while demonstrating a mastery of the urban environment and craft of construction. balancing strength and delicacy, and upholding a reverence of site-specific contexts, their academic, civic and cultural institutions, as well as housing developments, result in modern and impactful works that never repeat or imitate, but are decidedly of their own architectural voice. 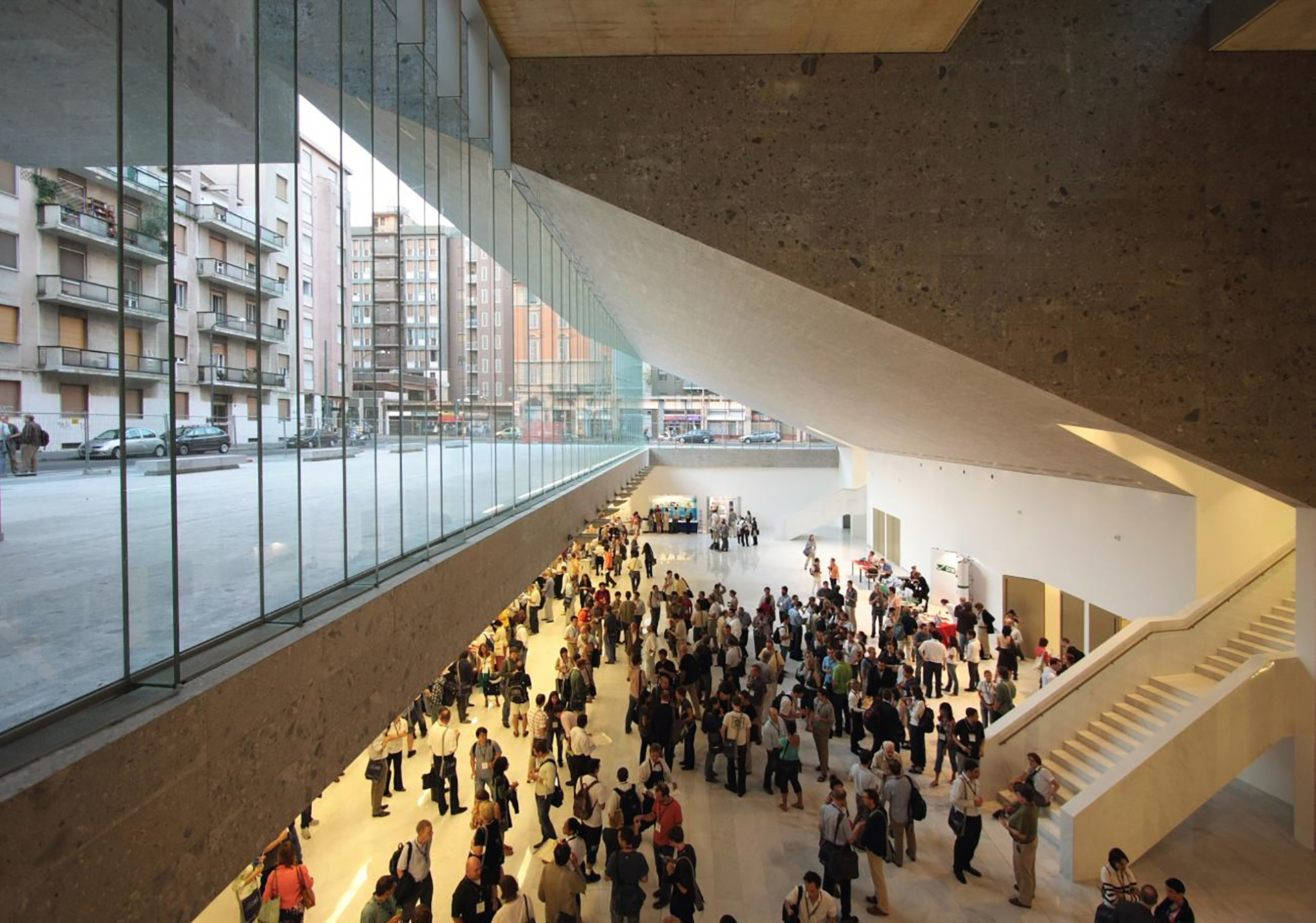 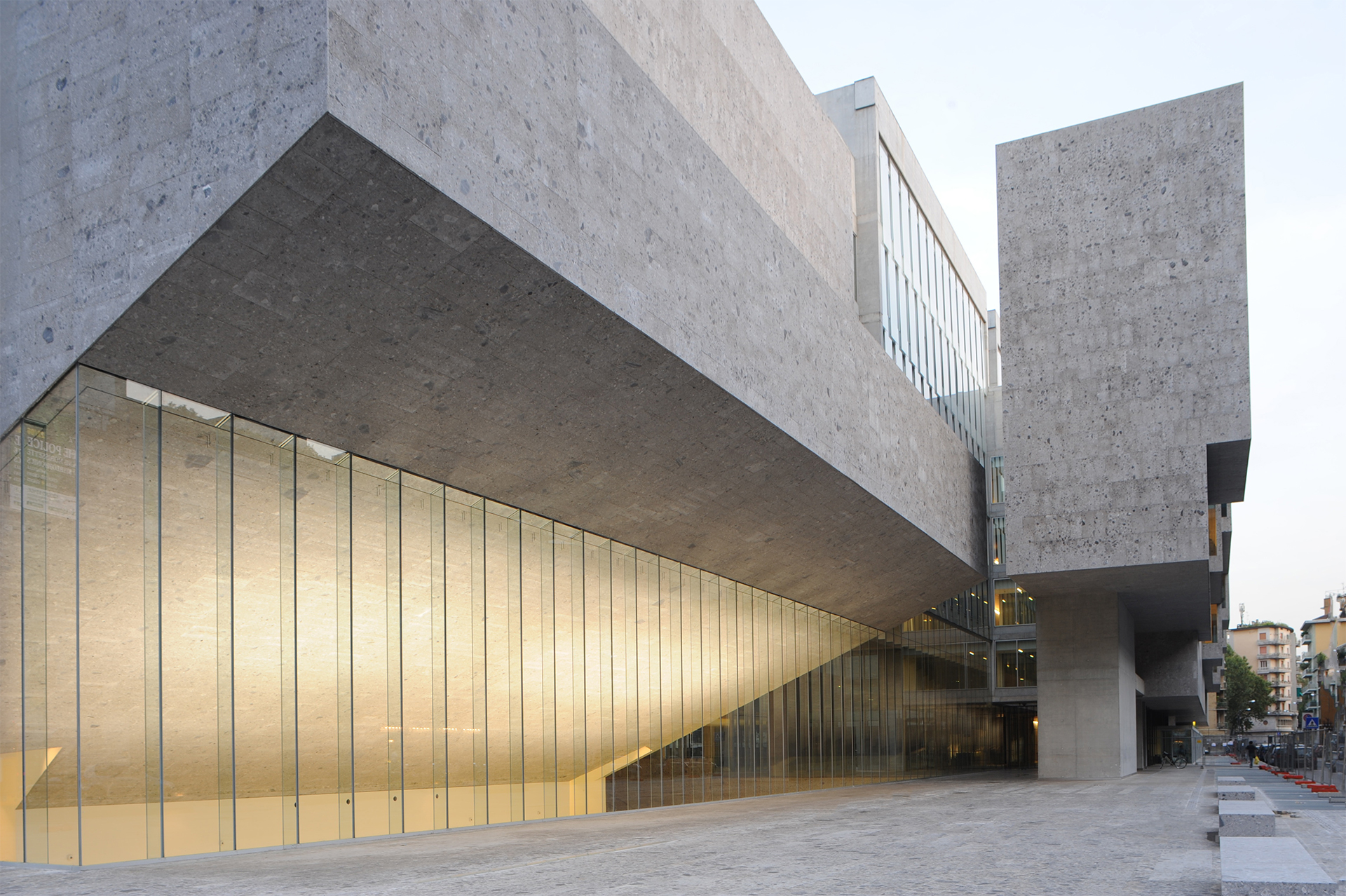 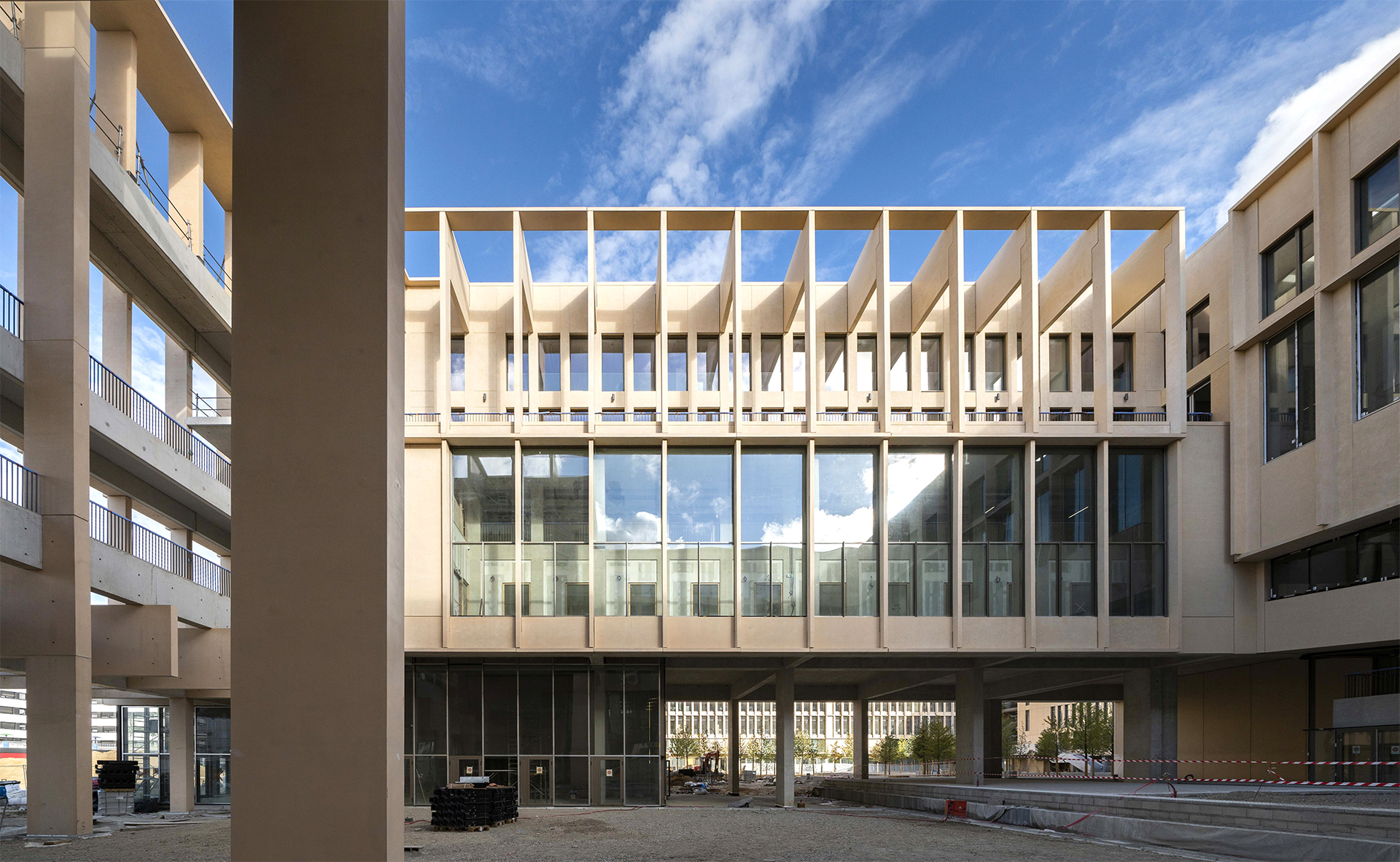 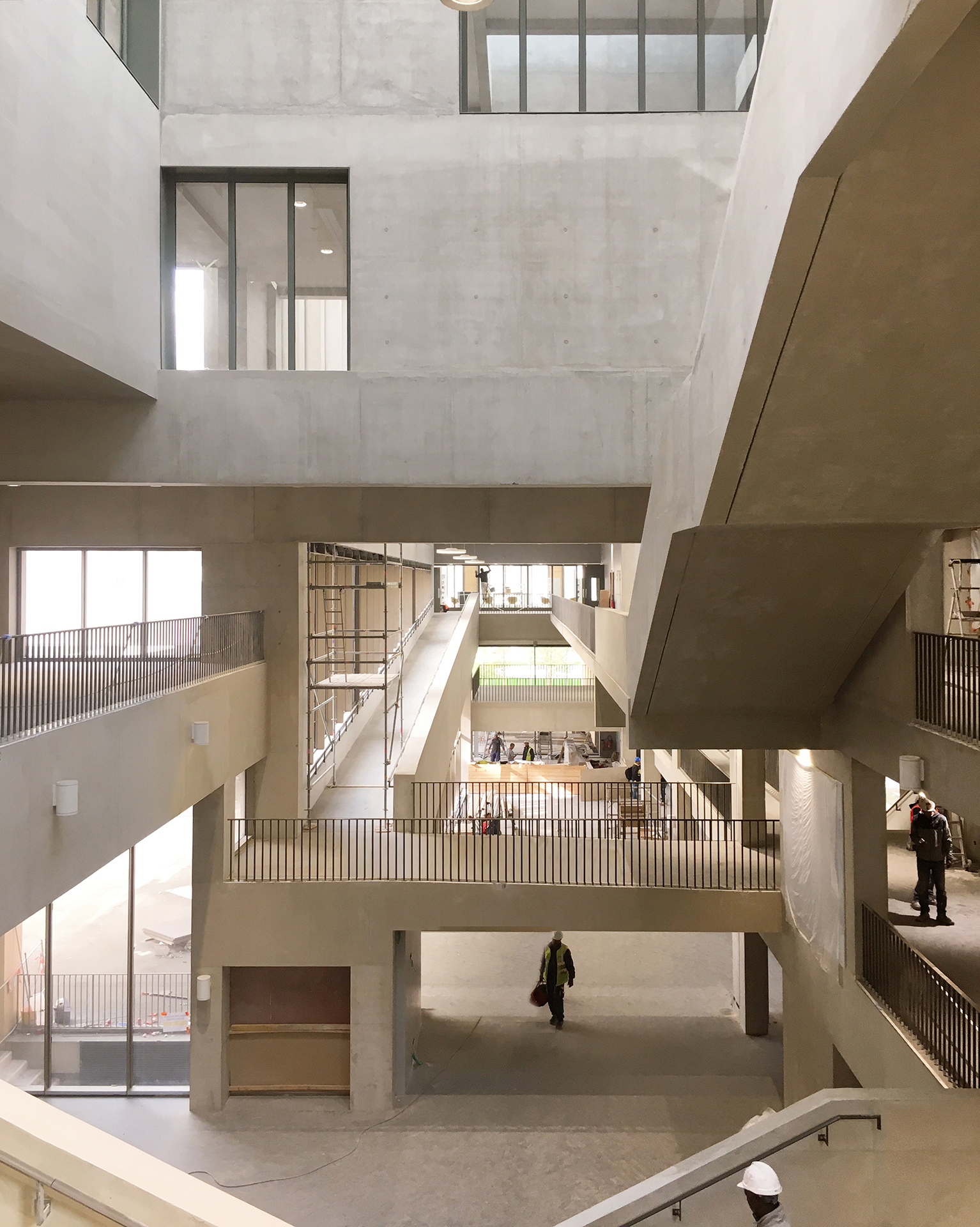 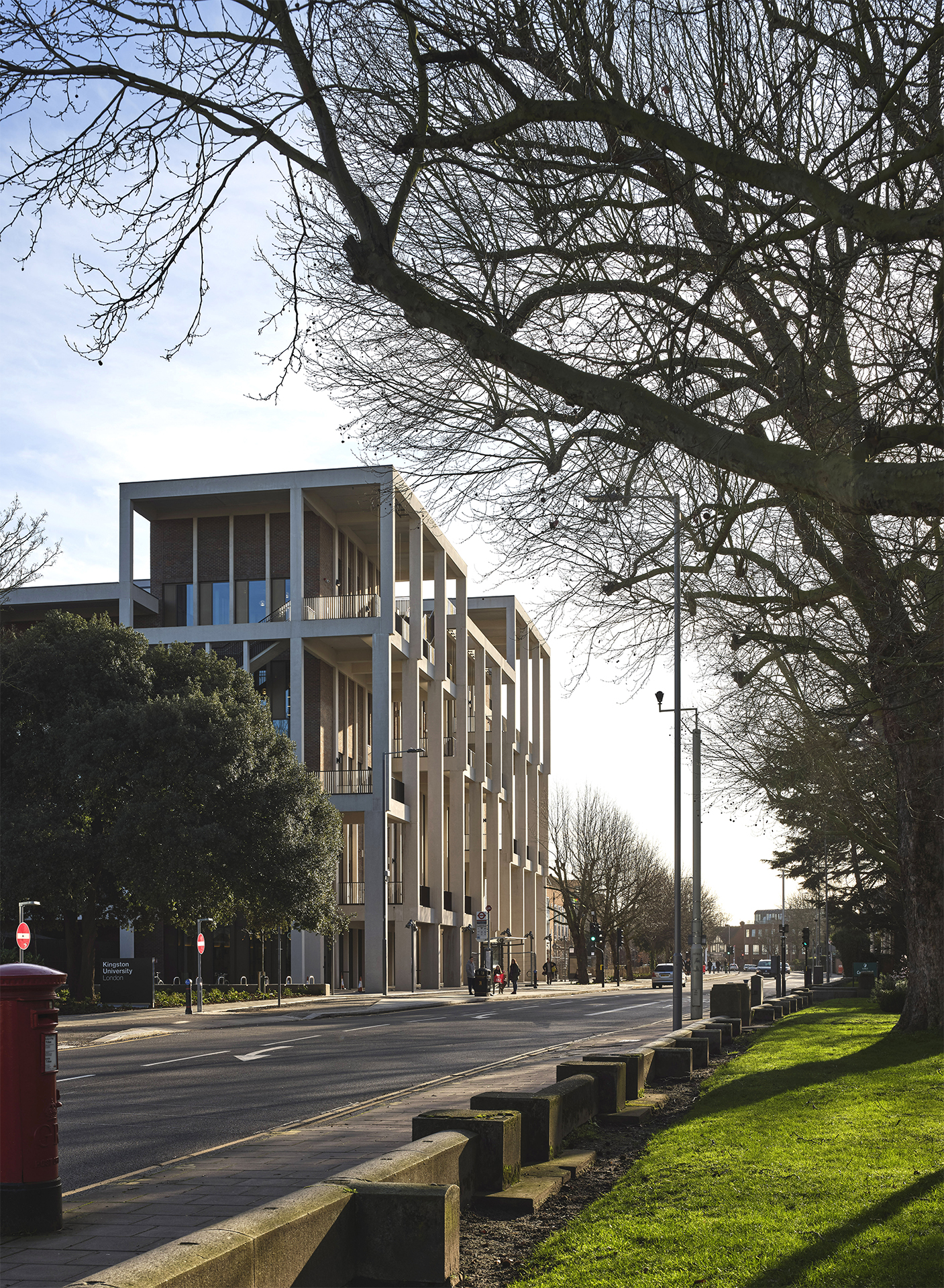 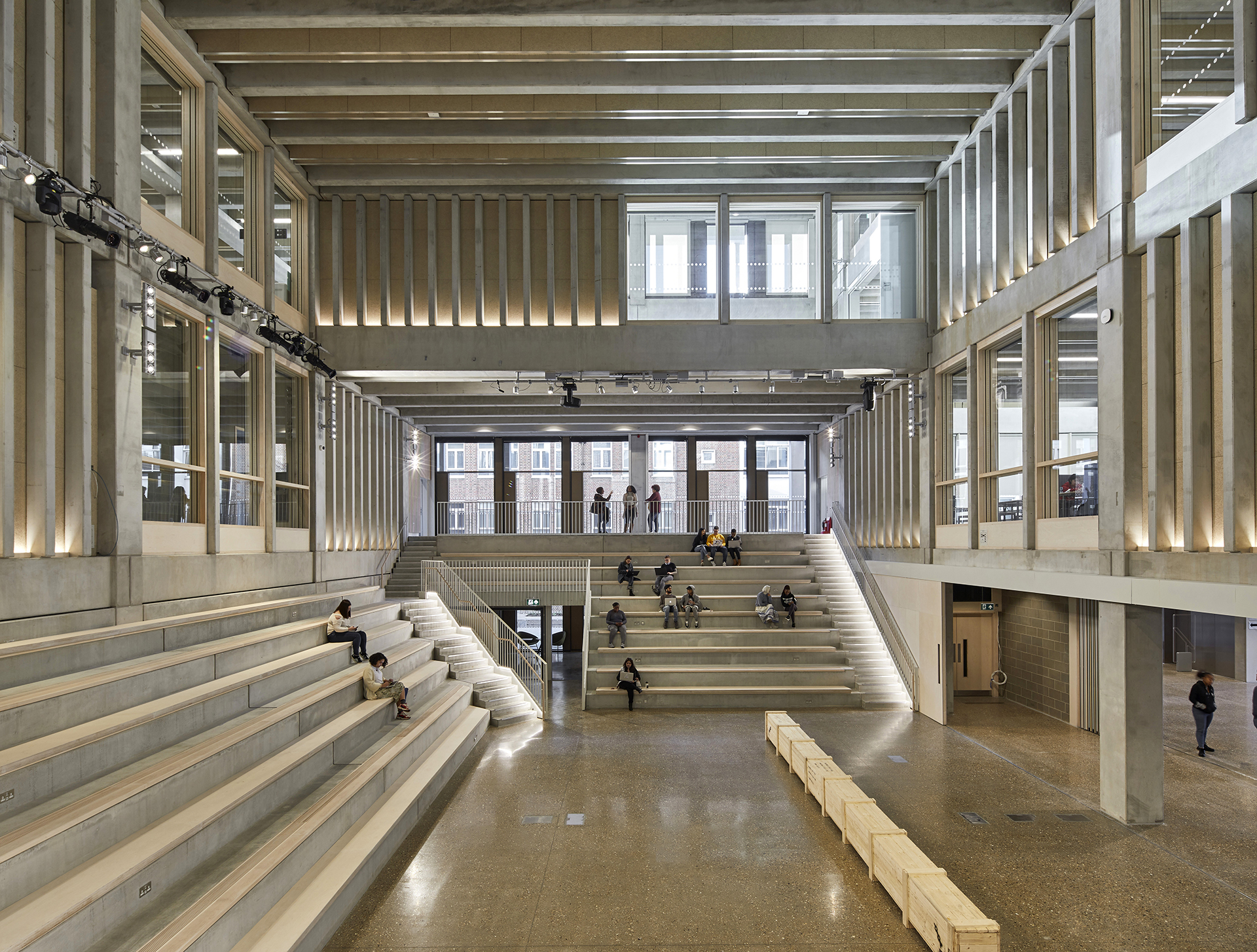 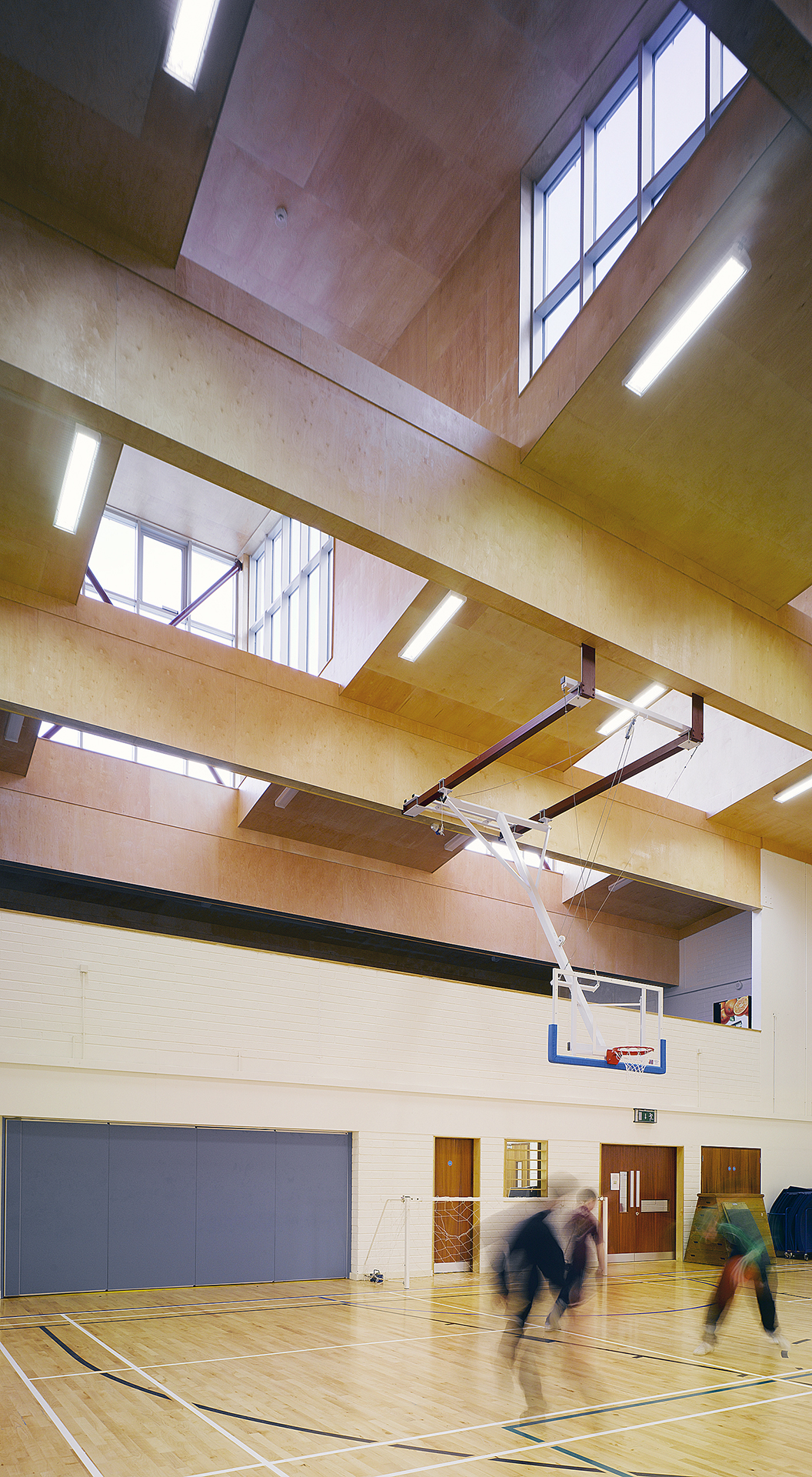 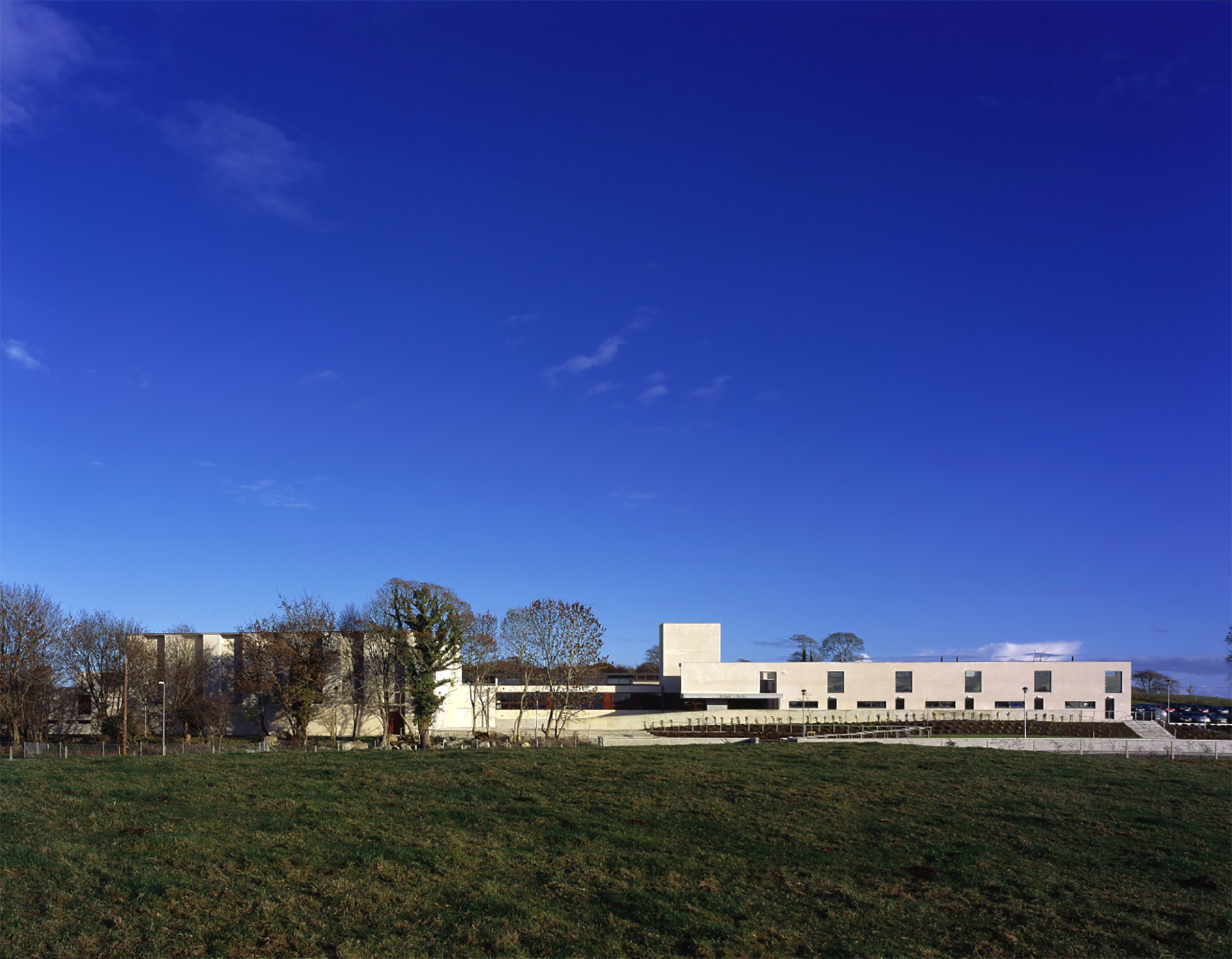 yvonne farrell and shelley mcnamara have practiced architecture together for forty years in a way that clearly reflects the objectives of the pritzker prize: to recognize the art of architecture and consistent service to humanity as evidenced through a body of built work.

co-founding their professional practice, called grafton architects, in dublin, ireland in 1978, they have consistently and unhesitatingly pursued the highest quality of architecture for the specific location in which it was to be built, the functions it would house and especially for the people who would inhabit and use their buildings and spaces.

they have an oeuvre that includes numerous educational buildings, housing and cultural and civic institutions. pioneers in a field that has traditionally been and still is a male-dominated profession, they are also beacons to others as they forge their exemplary professional path.

many of their buildings are located in their home country of ireland, but through competitions, they have won major commissions for other places around the world, such as italy, france and peru. with a profound understanding of place gained through their research, keen powers of observation, open and ever curious explorations and deep respect for culture and context, farrell and mcnamara are able to make their buildings respond to a setting and city most appropriately, while still being fresh and modern.

this deep understanding of “spirit of place” means that their works enhance and improve the local community. their buildings are “good neighbors” that seek to make a contribution beyond the boundaries of the building and to make a city work better. their north king street housing in dublin (2000) is one example of this: it creates an inner courtyard and a welcome respite from the adjacent busy streets.

their approach to architecture is always honest, revealing an understanding of the processes of design and construction from large scale structures to the smallest details. it is often in these details, especially in buildings with modest budgets, where a big impact can be felt. for example, the urban institute of ireland (dublin, 2002) employs what the architects call a “crafted skin” to create a visually interesting building through changes in materials responding to openings, folds, needs for shade and other concerns.

at the same time, it employs common sense, good-practice environmental control methodologies for an efficient, sustainable building. on a particularly sensitive site in dublin, the masterful offices for the department of finance (2009) attests to their knowledge and care in the selection of materials and construction techniques with a carefully handcrafted bronze railing and gate and sanded limestone on the facades.

the architects are skilled and successful working at many scales—from large institutional buildings to a house of only a little more than 100 square meters. without grand or frivolous gestures, they have managed to create buildings that are monumental institutional presences when appropriate, but even so they are zoned and detailed in such a way as to produce more intimate spaces that create community within. in their large buildings such as the university campus utec (2015) in lima, peru or the school of economics building (2008) at universita luigi bocconi, they have achieved a human scale through the composition of spaces and volumes of different sizes. the dialogues they create between buildings and surroundings demonstrate a new appreciation of both their works and place.

a constant in their approach, the architects have an understanding of how to design complex sections of buildings in such a way that views connect deep interior spaces with the larger exterior realm and allow natural light to penetrate and animate spaces deep inside a building. often light streams from skylights or upper story windows throughout the interiors of their buildings, providing warmth and visual interest, helping the inhabitants easily orient themselves in the spaces, and providing the ever necessary connection to the exterior.

for their integrity in their approach to both their buildings, as well as the way they conduct their practice, their belief in collaboration, their generosity towards their colleagues, especially as evidenced in such events as the 2018 venice biennale, their unceasing commitment to excellence in architecture, their responsible attitude toward the environment, their ability to be cosmopolitan while embracing the uniqueness of each place in which they work, for all these reasons and more, yvonne farrell and shelley mcnamara are awarded the 2020 pritzker architecture prize.

despite a growing appreciation for twentieth-century architecture in recent years, great works continue to be lost to neglect, deterioration, and demolition only decades after their design and construction. in 2006, responding to growing threats to modern architecture, wmf launched its modernism at risk initiative with knoll as founding sponsor. the initiative provides a framework for addressing the issues that endanger modern landmarks and supports architectural advocacy, conservation, and public education.

this year, the jury selected molenaar & co. architecten (rotterdam), hebly theunissen architecten (delft), and landscape architect michael van gessel (amsterdam) as the recipients of the 2016 world monuments fund/knoll modernism prize for the preservation and rehabilitation of the justus van effen complex in rotterdam, the netherlands. the biennial award will be presented at the museum of modern art (moma), new york, on 5 december 2016, by mr. joshua david; barry bergdoll, meyer schapiro professor of art history and archaeology at columbia university, curator of architecture & design at moma, and chairman of the prize jury; and mr. cogan. the award presentation, a free and public event, will be followed by a presentation by the members of the prize-winning team.