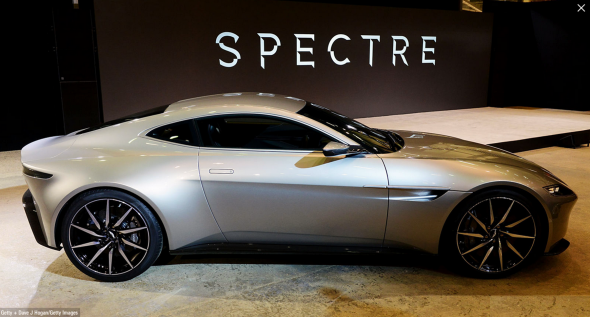 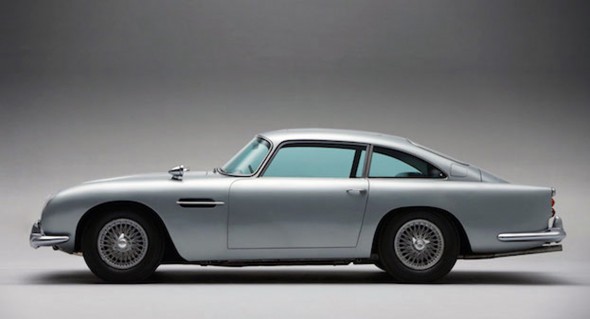 Sure it’s just a car for a video game but the Aston Martin DP100 is a sharp and real vision of future design. Released at the Goodwood festival of speed the new car will run in Gran Turismo 6. 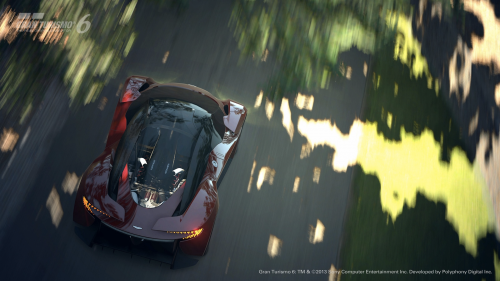 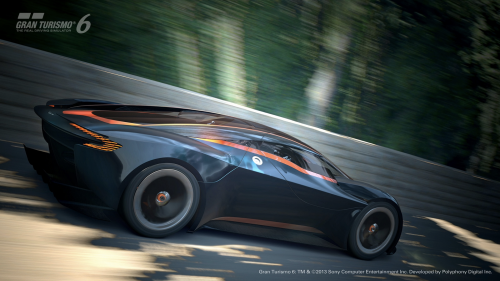 Developed in-house by the Design team at Aston Martin, led by Design Director Marek Reichman, DP-100 Vision Gran Turismo is a new, virtual-only GT racer that will be available for Gran Turismo®6 (GT6™) owners to download in July 2014, following the global launch at Goodwood Festival of Speed.

Starting with nothing but the traditional ‘blank sheet of paper’ the design team and design engineers worked for six months to create the new addition to the Vision Gran Turismo stable of race cars. Clearly pushing the boundaries of what an Aston Martin could be, DP-100 not only looks beautiful but also boasts a high degree of engineering integrity.

The twin-turbo V12 mid-engined racer offers up to 800bhp, endowing it with blistering performance fully in keeping with the high octane nature of the game.

Created utilizing many of the same techniques as applied in the development of Aston Martin production sports cars – hand sketches and 3D modeling, followed by full realization in the virtual world – DP-100 provides an exceptional level of detail with a fully functioning suspension system and state-of-the-art electronics.

Design Director Marek Reichman said: “DP-100 has been an exciting and intensive project for the team here at Gaydon. “Features such as the car’s revolutionary ‘active aerodynamics’ are there not just as a way of enhancing form, but also to support the car’s function in-game.

“As with the CC100 Speedster Concept, many of the design cues visible in DP-100, such as the light blade rear lamps, could also feed through into future sports cars that we’ll launch in the offline world so the importance of this project should not be underestimated.”

Aston Martin has supported previous editions of the long-running and hugely successful Gran Turismo® series, debuting in the very first game with the Aston Martin DB7 Coupé and Volante. The stunning 2011 Aston Martin One-77 is already a popular car in the Gran Turismo® 6 stable.

Kazunori Yamauchi, the creator of Gran Turismo and President of Polyphony Digital Inc, enthused: “When I first came face to face with this car at the Aston Martin Headquarters in Gaydon, UK, I was at a loss for words seeing the level of perfection in its design. I was surprised by the bold proposal of the car being the first midship layout model in Aston Martin history. And while it is clean and classy in design, it is also very emotional. Not only that, there was this future Aston Martin in front of me, that was so detailed it could be released on the market pretty much as is.”