forward union and red bull arts new york are pleased to announce the third annual forward union fair, which will take place 29-30 september at red bull arts new york. the annual social action fair is a coalition-building initiative, connecting social justice organizations with artists and creative communities. participants in this year’s fair will unite in their dedication to informed civic engagement and voter participation, and will additionally explore such themes as immigration, gun control, and healthcare through art installations and public programs.

the partnership will increase visibility for participating organizations and the causes they represent, and provide the fair with a multi-use arts space already outfitted for presenting contemporary art and public programming. spread across both floors of red bull arts new york’s dynamic space, the art installations featured at forward union fair will elucidate and provoke dialogue around timely social and political issues.

Housed in a 25,000 square foot exposition center, on Midtown Boulevard, near the Wynwood Art District, Brazil ArtFair will present work from 15 Brazilian art galleries, over 100 artists, an exhibition of work by Brazilian artists curated by Luisa Duarte, and Orchestra Brasil, a selection of innovative contemporary furniture by 18 of Brazil’s leading design studios.

“Our mission for the first edition is to present art and design that reflects contemporary Brazil,” said Brazil ArtFair director, Michel Serebrinsky. “From the selection of galleries and the art that they will exhibit, to Luisa Duarte’s curated exhibition, to the design of our space, we created Brazil ArtFair with the purpose of bringing to Miami not just a new art fair experience but also a new experience of Brazil.” 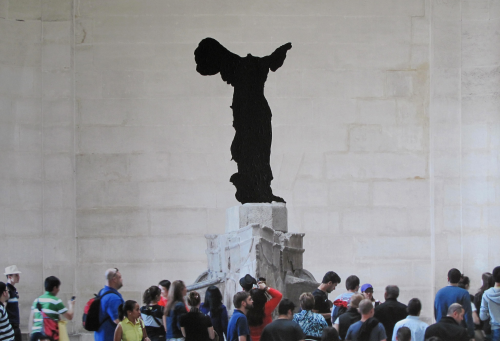 Brazil ArtFair has gathered a strong group of carefully selected Brazilian galleries, artists, and designers – both established and emerging – and has approached the fair with a strong curatorial point of view. The show aspires to not only inform the world market about the dynamic new work that is being produced in Brazil, but also to educate the attendees about the country’s complex political, social, and cultural realities. Brazil ArtFair’s directors and curators see Brazil’s contemporary art and design as catalysts for change and movement helping to create worldwide awareness for the country. An important part of this mission, the curated exhibition, Tempo Suspenso (Suspended Time) addresses the political concerns that have galvanized contemporary Brazilian artistic practice and examines relationships between art, politics, and civic engagement. The exhibition will feature works, not for sale, by 15 renowned Brazilian artists including Mauro Restiffe, Rivane Neuenschwander, and Pedro Motta.

The design of the pavilion features an inflatable entrance created by Marton Estúdio. Designed to resemble the concrete architecture of Brasilia, the country’s capital, it will rhythmically inflate and deflate as a metaphor for the dynamic new life of the contemporary Brazilian art scene.

The exhibiting galleries will present a wide range of artistic voices including: the sophisticated popular art works from Galeria Estação, street art from Galeria Movimento and Galeria Logo and conceptual contemporary art from Central Galeria de Arte and Emma Thomas. In addition to the work of young Brazilian artists – such as Ícaro Lira, Frederico Filippi and Mayana Redin, from Galeria Um Zero Três (103) – visitors will have the opportunity to acquire work by prestigious established Brazilian artists, such as Claudia Jaguaribe and Vania Mignone. The galleries will also present multiple solo exhibitions. With nearly all of the participating galleries new to Miami, Brazil ArtFair is poised to become a strong international resource for Brazilian galleries, artists, and designers, and a place of discovery for the attendees of Miami Art Week.

[ west Encounters east ] a one-hour documentary, which will be shown daily, explores an artistic space where the vibrant palette of Latin America and the silence of the East come together to create something new. Created and developed by filmmaker and art historian Stella M. Holmes of The Brickellian, the film was screened at several film festivals across the United States and broadcast on 280 television stations. It explores the themes of immigration, alienation, and assimilation through work of well-known Latin American artists with Eastern heritage, such as Japanese-Brazilians Yutaka Toyota, Takashi Fukushima, Megumi Yuasa, and Kazuo Okubo, descendants of a century-old diaspora that has given São Paulo the largest Japanese population outside Japan.