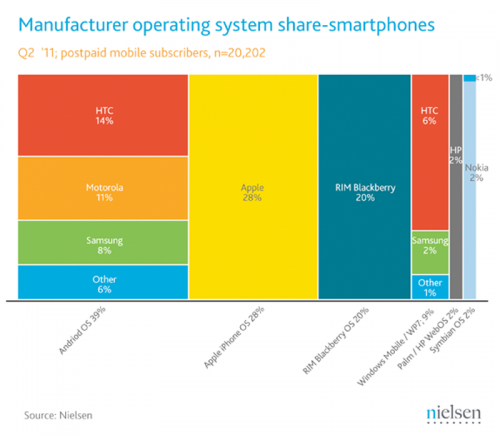 The operating system and hardware war is fun to watch. I’m a mac user almost all the way – I traded my iPhone for a Samsung Galaxy S six months ago and not sorry except for the much stronger iPhone app business model. So here are the Q2 2011 numbers and links on this topic and an applause for Apple’s nice touch on product design.

According to June data from Nielsen, Google’s Android operating system (OS) now claims the largest share of the U.S. consumer smartphone market with 39 percent. Apple’s iOS is in second place with 28 percent, while RIM Blackberry is down to 20 percent.