Wake up with tocky. 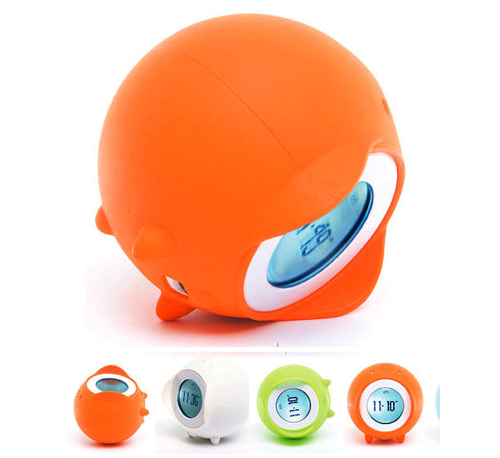 four years ago, designer guari nanda answered the call of over-sleepers everywhere with clocky, the two-wheeled alarm clock that runs away from you to get you out of bed.
In the last few years she’s made some improvements, and released Tocky at the recent New York International Gift Fair. Tocky doesn’t run away as much as it rolls. It’s completely spherical with three little rubber legs to stabilize it on your nightstand. It also has changeable skins, a touchscreen and the ability to record messages and mp3 so you can wake up to your favorite song or a prerecorded reminder that you have a 9am meeting. Of course, piece of mind comes with a price tag. You can get your very own Tocky at Nanda’s site for $79. 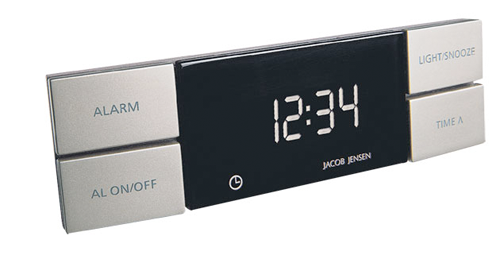 Wake up call. Begin the day with one of these neat clocks.
above: Jacob Jensen. Sleek, smart, sophisticated and it can be wall-hung. From Jacob Jensen. ( $44 USD – £32 ). 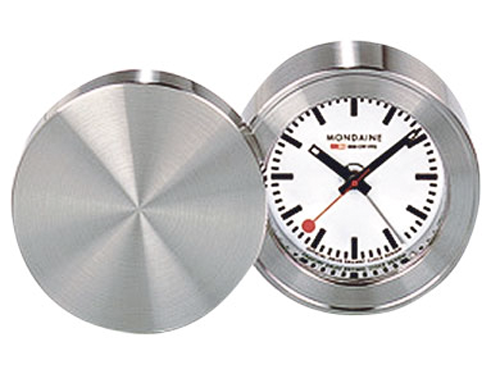 above: Mondaine Travel. Sophisticated clock comes in a nifty leather pouch and is part of official Swiss railways collection. From Bombero. ( $149 USD – £107.66 ) 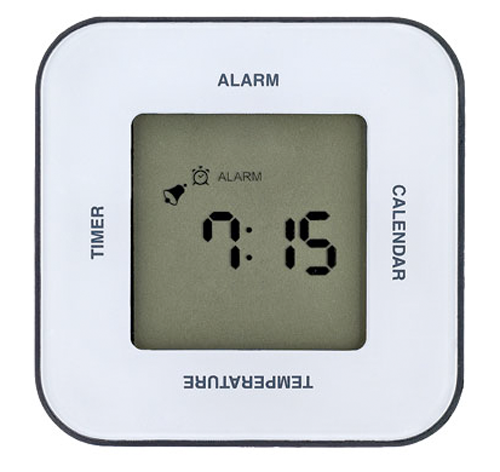 above: Muji Multi. With four sides and four functions – a clock alarm, calendar, thermometer and timer – this is our favorite budget buy. From Muji. ( $8 USD -£5.95 ) 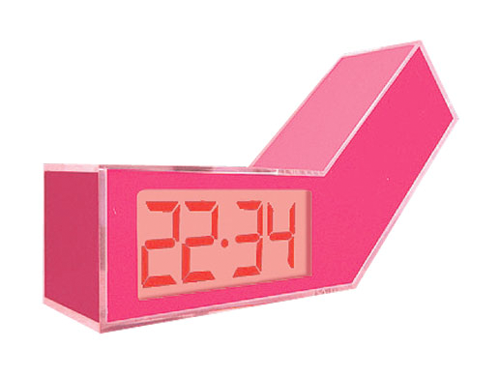 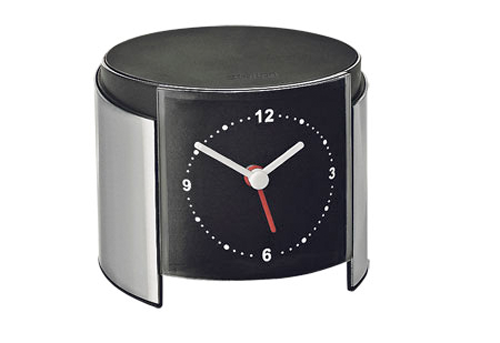 above: Stelton alarm clock. From the coffee pot people, this is simple, stylish and stainless steel. By Niels Kjeldsen, from Panik-design. ( $55 USD – £40 )
[via]