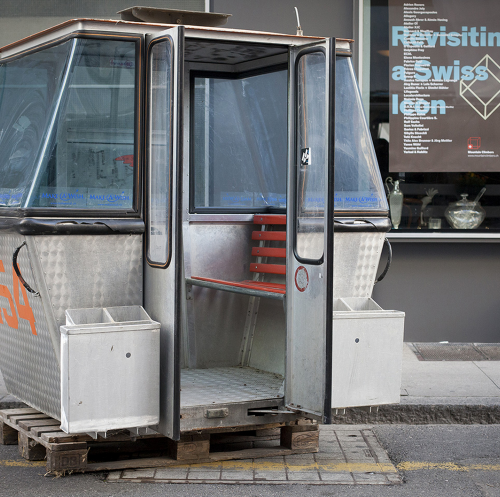 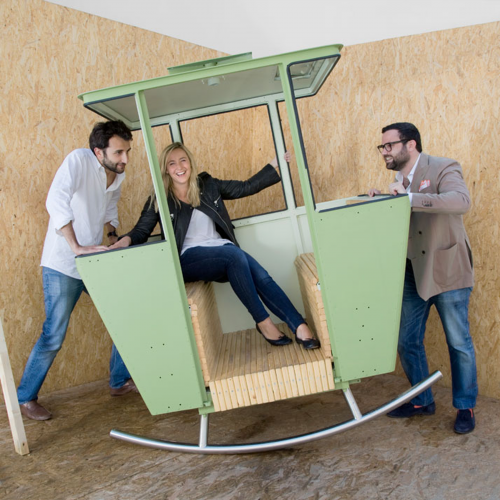 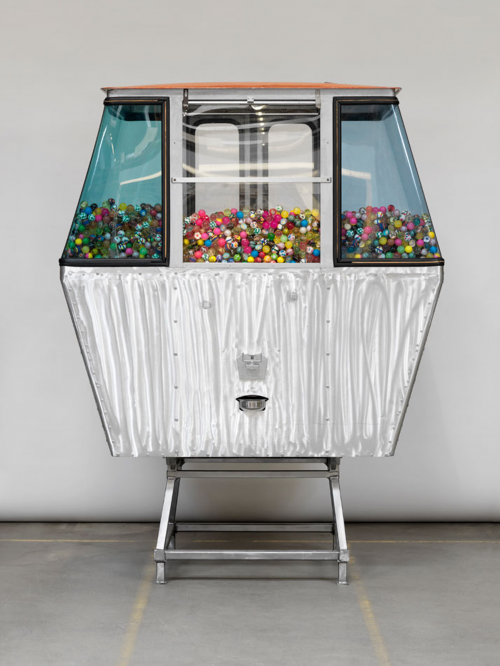 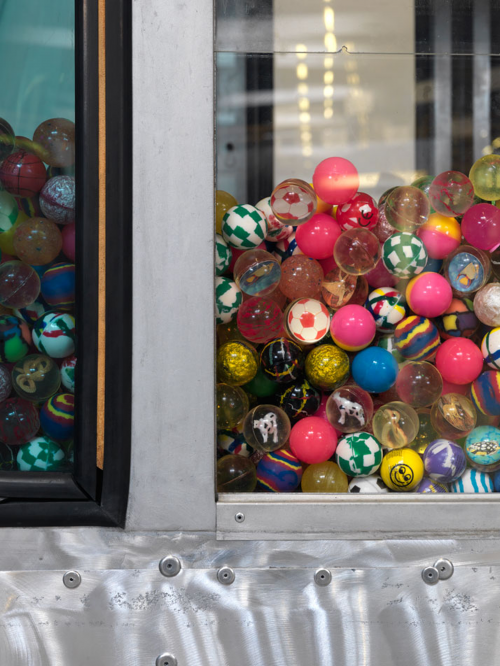 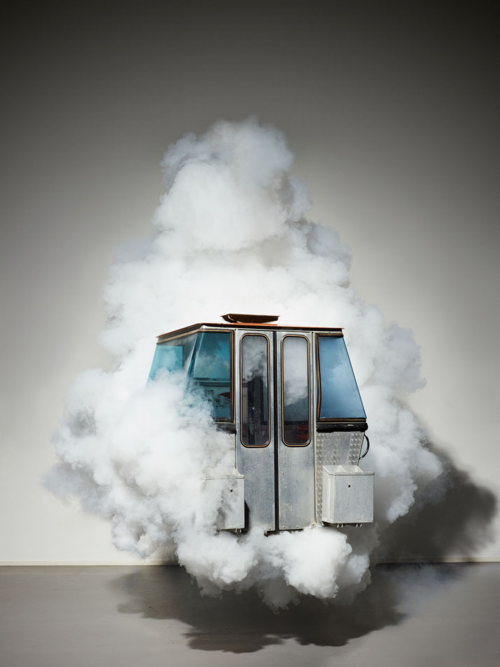 Apres-ski at home with rock, by adrien rovero. 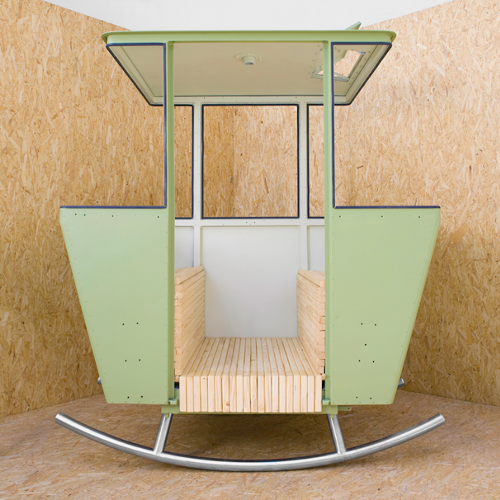 Just what we need for the dog days of summer: Rock, by Swiss designer Adrien Rovero, brings a breath of cool, crisp mountain air to our steamy urban heat traps (aka our apartments). Rovero is just one of 40 Swiss artists, architects and designers who were asked to reinterpret the 40-year-old aluminum cable car for “Mountain Climbers: revisiting a Swiss icon.”

Rock is currently on view at Mudac in Lausanne at Rovero’s solo show “Landscale,” which runs through October 28, 2012. Rovero’s take on the vintage gondola is the first of the 40 to be seen by the public, with the remaining 39 cable car interpretations to follow. All of them will be exhibited around Switzerland after debuting at Design Miama in Basel in June, 2013. After another year of exhibitions, the pieces will be sold at auction by Christie’s and all the profits will be donated to the Make-A-Wish foundation. 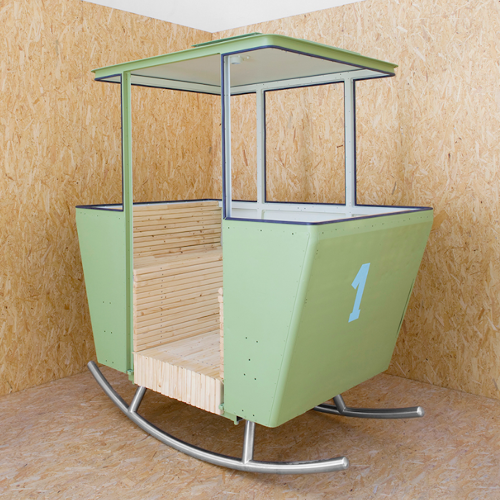 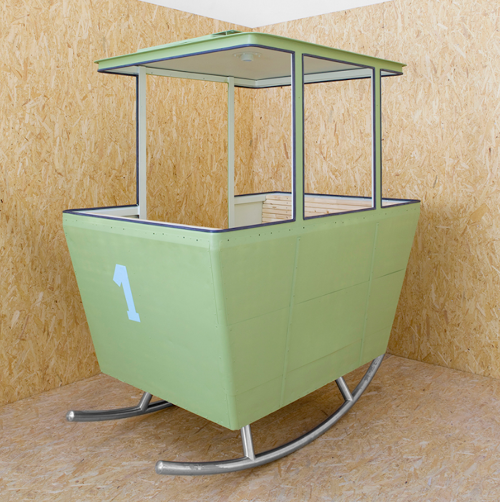