British architect Zaha Hadid is the first woman to earn in her own right the Royal Gold Medal for architecture. The medal, approved by the Queen and awarded by the Royal Institute of British Architects (RIBA), has been the harborage of men since 1848, although women have shared the prize with others on a handful of occasions. Previous winners include IM Pei (2010), Frank Gehry (2000), Norman Foster (1983), Ludwig Mies van der Rohe (1959), Le Corbusier (1953), Eliel Saarinen (1950), Frank Lloyd Wright (1941) and George Gilbert Scott (1859)

Zaha Hadid is internationally known for her built, theoretical and academic work. Each of her dynamic and innovative projects builds on over thirty years of revolutionary experimentation and research in the fields of architecture, design and urbanism. 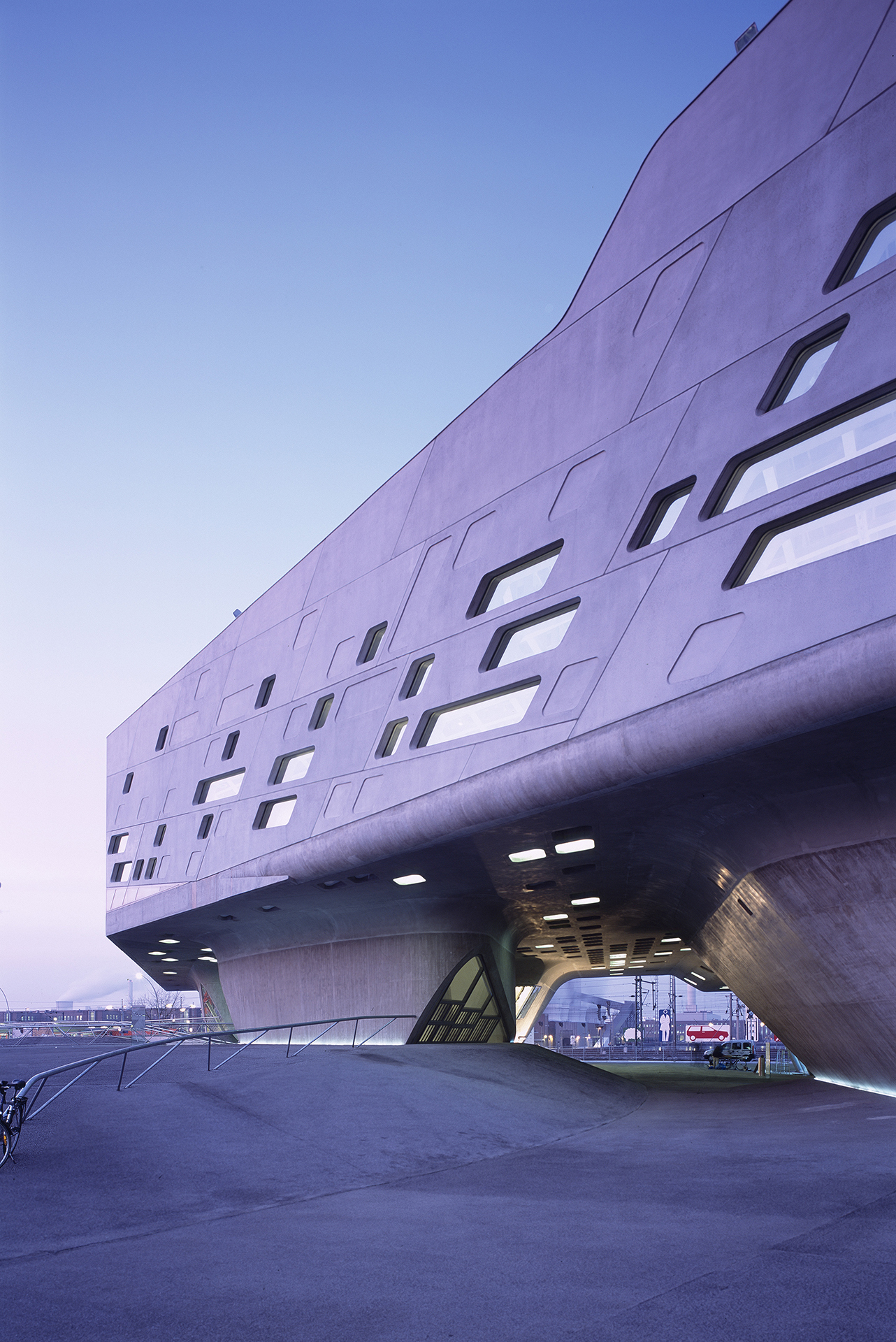 RIBA President and chair of the selection committee, Jane Duncan, said: “Zaha Hadid is a formidable and globally-influential force in architecture. Highly experimental, rigorous and exacting, her work from buildings to furniture, footwear and cars, is quite rightly revered and desired by brands and people all around the world. I am delighted Zaha will be awarded the Royal Gold Medal in 2016 and can’t wait to see what she and her practice will do next.”

Zaha Hadid said: “I am very proud to be awarded the Royal Gold Medal, in particular, to be the first woman to receive the honour in her own right. I would like to thank Peter Cook, Louisa Hutton and David Chipperfield for the nomination and Jane Duncan and the Honours Committee for their support. We now see more established female architects all the time. That doesn’t mean it’s easy. Sometimes the challenges are immense. There has been tremendous change over recent years and we will continue this progress. This recognition is an honour for me and my practice, but equally, for all our clients. It is always exciting to collaborate with those who have great civic pride and vision. Part of architecture’s job is to make people feel good in the spaces where we live, go to school or where we work – so we must be committed to raising standards. Housing, schools and other vital public buildings have always been based on the concept of minimal existence – that shouldn’t be the case today. Architects now have the skills and tools to address these critical issues.” 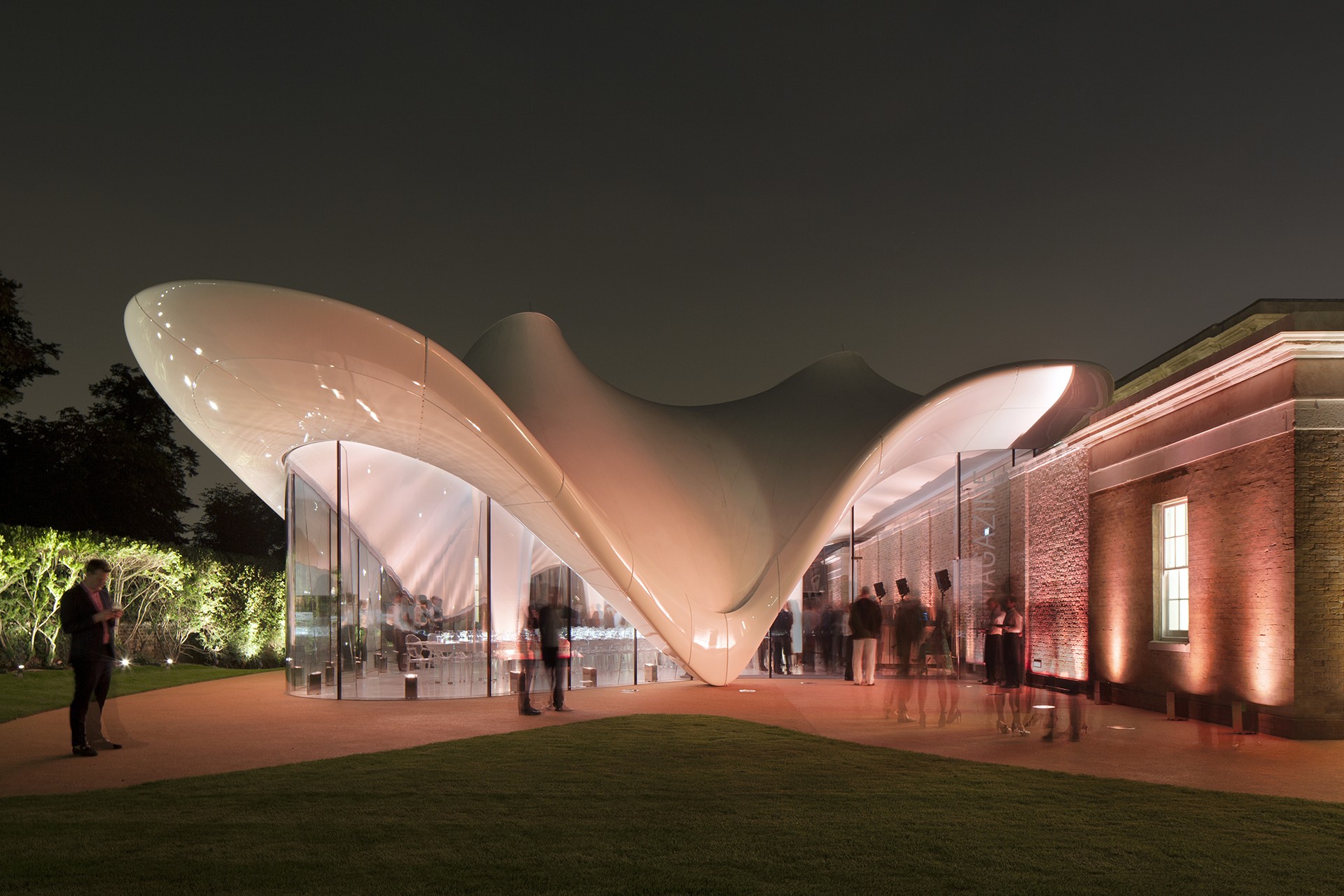 Born in Baghdad in 1950, Zaha Hadid started her architectural journey in 1972 studying at the progressive Architectural Association in London. She joined her former professors, Rem Koolhaas and Elia Zenghelis, at the Office for Metropolitan Architecture in Rotterdam, where she became a partner in 1977. By 1979 she had established her own practice in London – Zaha Hadid Architects – garnering a reputation across the world for her trail-blazing theoretical works including The Peak in Hong Kong (1983), the Kurfürstendamm in Berlin (1986) and the Cardiff Bay Opera House in Wales (1994).

Working with office partner Patrik Schumacher, Hadid’s interest is in the interface between architecture, landscape, and geology; which her practice integrates with the use of cutting-edge technologies – the result is often unexpected and dynamic architectural forms.

Hadid’s first major built commission, one that catapulted her rise, was the Vitra Fire Station in Weil Am Rhein, Germany (1993); subsequent notable projects including the MAXXI: Italian National Museum of 21st Century Arts in Rome (2009), the London Aquatics Centre for the 2012 Olympic Games (2011) and the Heydar Aliyev Centre in Baku (2013) illustrate her quest for complex, fluid space. Buildings such as the Rosenthal Center for Contemporary Art in Cincinnati (2003) and the Guangzhou Opera House in China (2010) have also been hailed as architecture that transforms our ideas of the future with new spatial concepts and dynamic, visionary forms. 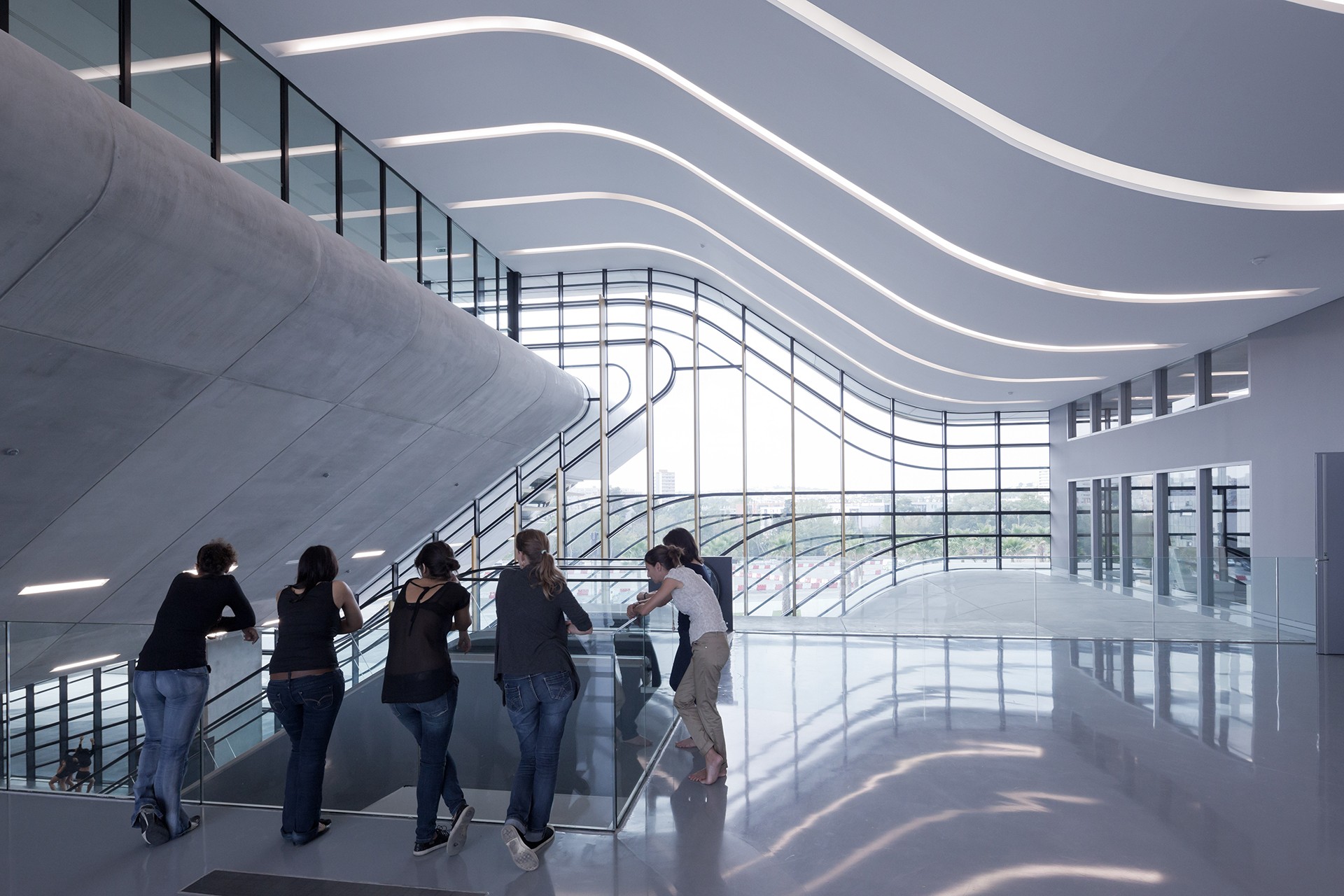 In 2004 Zaha Hadid became the first woman to be awarded the Pritzker Architecture Prize. She has twice won the UK’s most prestigious architecture award, the RIBA Stirling Prize: in 2010 for the MAXXI Museum in Rome, a building for the staging of 21st Century art, the distillation of years of experimentation, a mature piece of architecture conveying a calmness that belies the complexities of its form and organisation; and the Evelyn Grace Academy, a unique design, expertly inserted into an extremely tight site, that shows the students, staff and local residents they are valued and celebrates the school’s specialism throughout its fabric, with views of student participation at every turn.

Zaha Hadid’s other awards include the Republic of France’s Commandeur de l’Ordre des Arts et des Lettres, Japan’s Praemium Imperiale and in 2012, Zaha Hadid was made a Dame Commander of the Order of the British Empire. She was made Honorary Member of the American Academy of Arts and Letters and Fellow of the American Institute of Architecture.

The Royal Medal comes at a good time for Hadid. In July 2015, her proposed National Stadium for the 2020 Games in Tokyo was renounced by the Japanese government at the 11 1/2 hour. We’re also reminded of a similar fate for the Cardiff Bay Opera House, Cardiff, Wales, 1995. Of interested she won both design competitions for these projects. However, virtue was rewarded in 2010. Using the designs for the Cardiff Bay Opera House on the Guangzhou Opera House, the opera house is now credited with transforming a Chinese city with a population more than four times the size of Wales into a cultural capital. [ zha ]