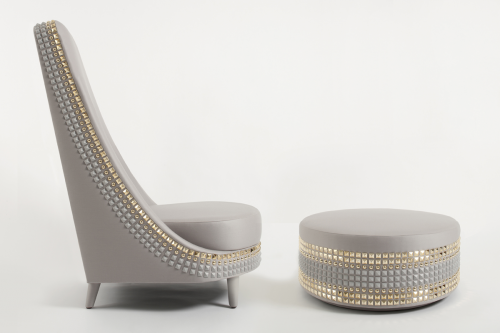 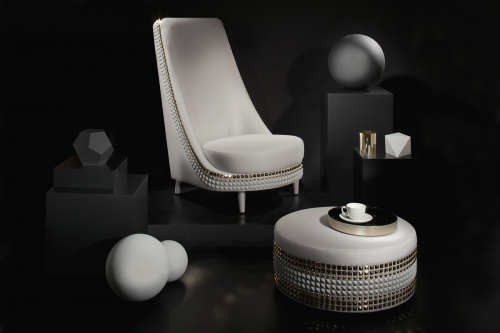 Broom is drawing on his interior skills and will be transforming his Shoreditch-based studio/showroom into an exclusive, contemporary, design salon. Recreating the space in a dramatic, surreal and intimate setting, guests will have to knock on the door to enter and view the collection.

designer background:
Lee Broom founded his company four years ago – with the launch of his critically acclaimed Neo Neon collection back in 2007 – and has since gone on to become one of the UK’s leading product and interior designers. In his career, Broom has launched five furniture and lighting collections, designed over 40 retail, restaurant and bar interiors and has won more than 17 awards. The Salon Collection, like all Lee Broom collections, has been designed and manufactured in the UK. Broom works closely with specialist traditional craftsman from the initial concept to final production runs, selling globally to London, Paris, New York, Hong Kong and the Middle East. [ lee broom studio ] [ london design festival 2011 ]