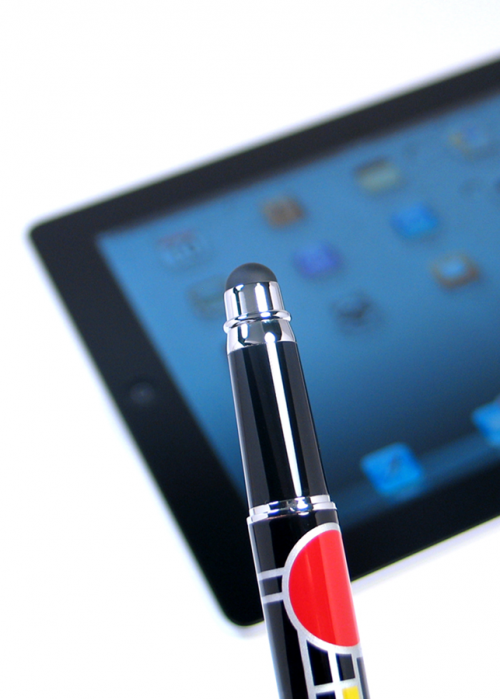 left> “capacitive” tipped pen for the ipad, notepad or iphone
[DesignApplause] We’re talking to Adrian Olabuenaga and Lesley Bailey, who founded ACME Studio. The company makes products and accessories designed by the world’s foremost architects, designers, and artists. Acme has been nominated for multiple design awards including the Cooper-Hewitt National Design Award. It’s an honor to talk to you guys. 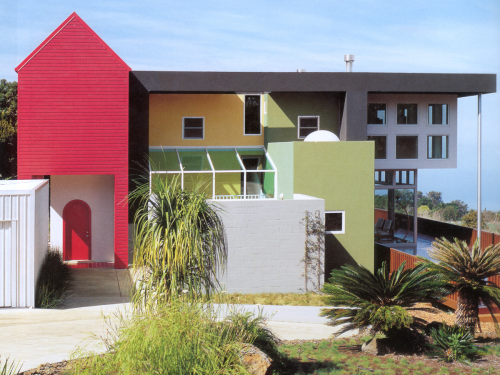 
[LB] To get back to why we are in Asia, to begin with, we’ve been in Japan since 1987. And they took the Memphis collection very seriously, but then they take design very seriously. And I remember when we were discussing our house with Ettore he said if we built it LUCK would follow. We never even thought about his comment again until we were being interviewed in 2007 at the opening of our flagship store in Tokyo. That’s when we realized luck did follow, here we were 20 years later opening our first flagship store and 10 years after moving into our house that Ettore designed for us.
[DA] Thank you for your time that was a fun hour!
[LB & AO] Thank you, we had a fun too!! 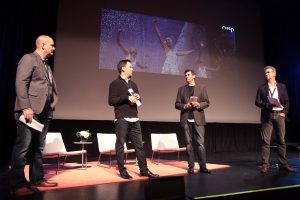 the genesis of the design of everything cusp conference per dave mason.

dave agrees to meet right after his 2016 cusp conference - after dave takes a few days off to do whatever one does after a ninth annual iron man of sorts.