[ architect’s brief ] the very energy-efficient structure uses highly-insulated SIP panels, prefabricated to minimize transport an materials. the cladding is scottish larch, charred by the contractor using a variation of the traditional japanese shou sugi ban technique to achieve a naturally varied rich color and improved durability. the house will be completely off-grid, with its own water supply, sewage treatment, and electrical system, all designed to minimize energy use.

the modular form of the house, made up of three simple, pitched-roofed volumes, reduces the apparent scale and height of the roofs and allows sections to be isolated and left unheated when not required. the scale of thew individual sections relates to that of small buildings and shelters that have stood on the peninsula in the past, the ruins of which still remain. the design does not try to copy the style of existing buildings in the area but its straightforward use of local stone and timber and simple forms are common with the traditional craft houses and agricultural buildings in the highlands

the intention is that the development should have minimal impact upon the natural flora and fauna and will instead leave it as undisturbed as possible. rather than surrounding the house with conventional domestic garden planting, the natural materials of the house sit in the natural landscape and, as the ground level falls away to the southeast, terminate with a deck or jetty above the unspoiled surrounding site. new planting will use native species chosen only to reestablish those that have been suppressed by invasive rhododendron or grazing, and to introduce a little more ecological diversity. as the process of clearing rhododendron continues, it is believed that other species should be able to reclaim much of the site with only minimal help – small scots pine seedings are already established and need only protection from grazing. the existing birch, alder, and larch will be augmented, with more planting of native heathers and juniper to add to the diversity of the lower story. yellow flag iris will be introduced to the existing boggy area to the east of the house. the flat ‘green’ roof connecting the pitched volumes will be planted with some of the same mix of sedums, sea pink, and other species found on the rocks nearby.

the scale and siting of the buildings, tucked into a natural fold in the land and designed around the existing established trees, has been carefully considered so that the building feels an integrated part of its surroundings from the outset – a modest and sustainable home that makes the most of, and has minimal impact upon, its very special location. 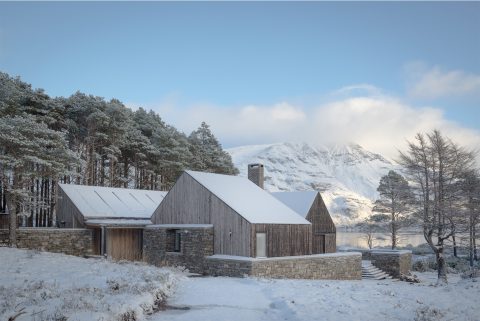 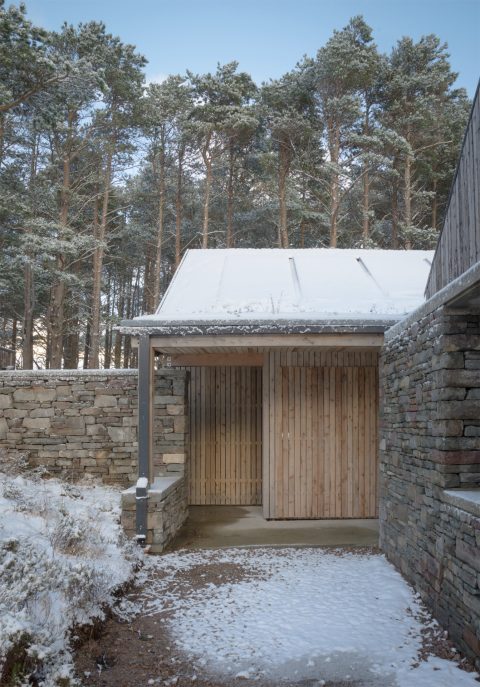 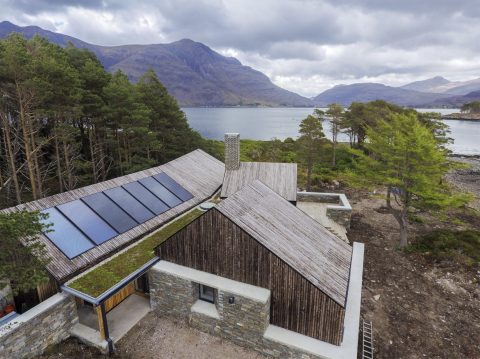 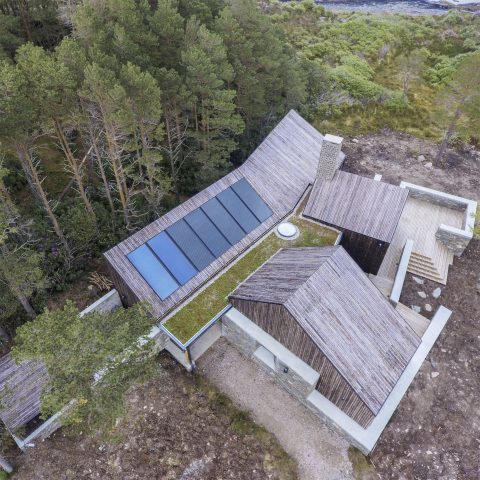 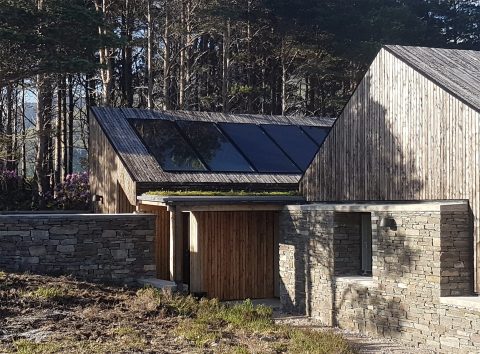 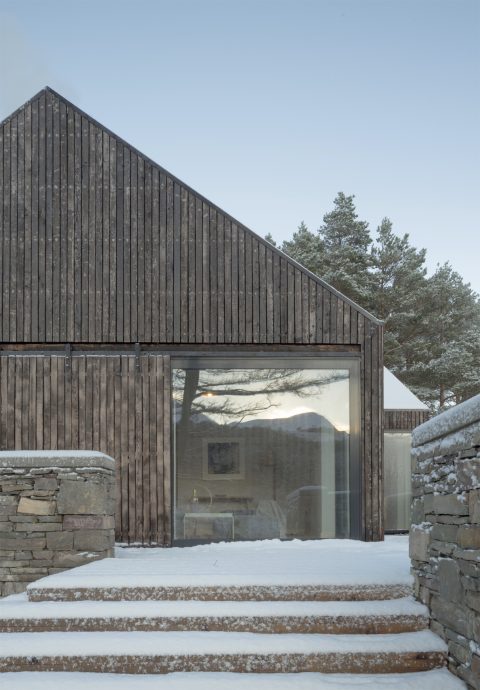 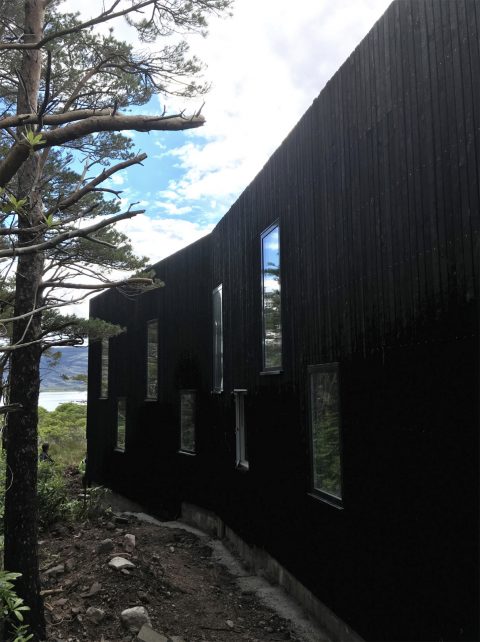 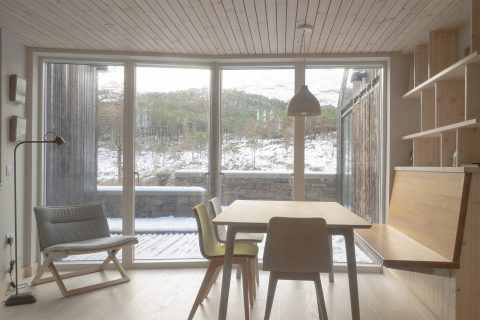 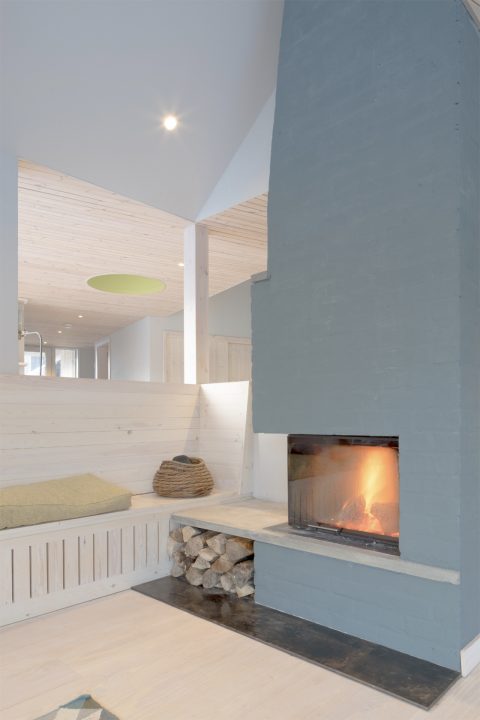 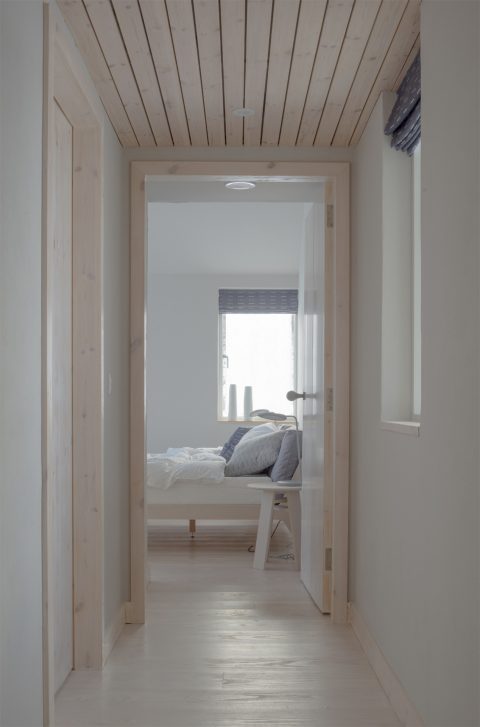 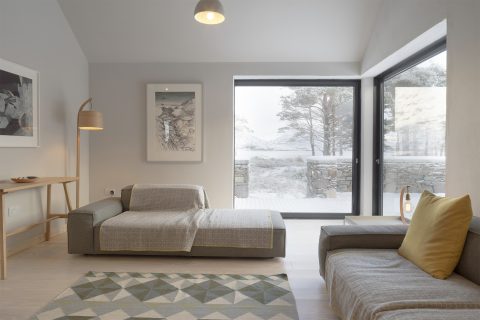 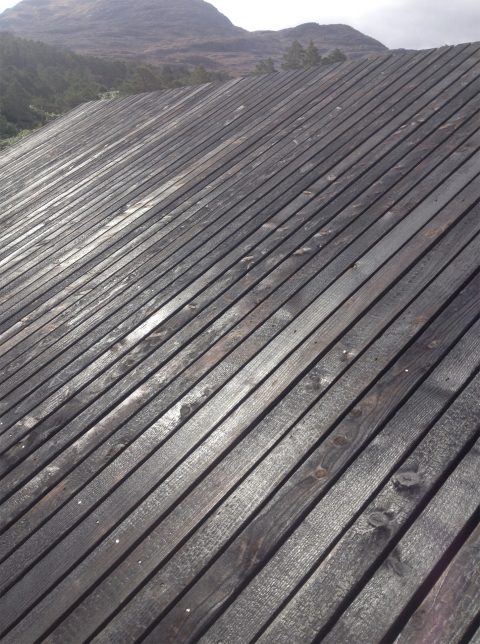 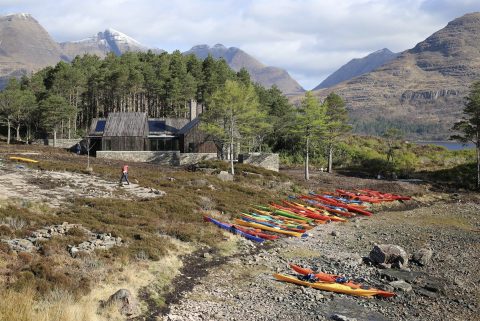 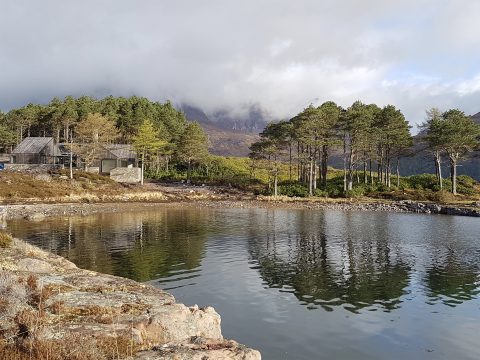 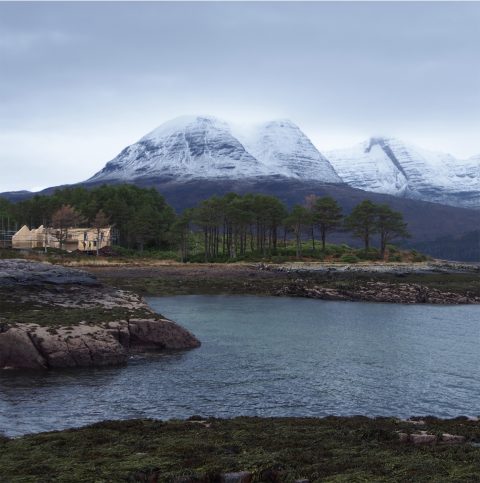 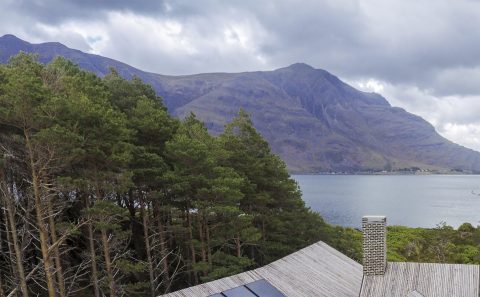 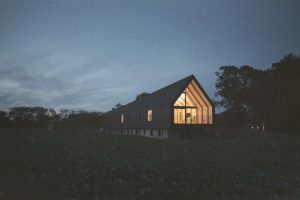 in the scheme of things one million off-grid residences will not affect climate change. but the concept does inspire. what about off-grid condos, off-grid towers, neighborhoods...