the farnsworth house is located about 60 miles southwest of chicago.
Designed by Ludwig Mies van der Rohe in the late 40s and completed in 1953, the house was a one-room weekend retreat for Dr. Edith Farnsworth, a kidney specialist from Chicago. In the architecture world, the house is a candidate for one of the seven wonders of the world.

My early clients included Fujikawa Conterato Lohan ( formerly the office of Mies ) and then Lohan Associates, Dirk Lohan is Mies’s grandson. The relationship exposed me to the process of Mies and his desciples. Their strength, and sometimes flaw, was an unwavering loyalty to core principles that made their structures immediately recognized.

The architects almost exclusively built towers, both commercial and residential, and yes, the buildings are very similar, both inside and out. The majority of the buildings until the mid 80s are dark bronze to match the patina of cor-ten steel which is used quite a bit.

It’s not a stretch to say the house resembles the street level lobbies of the towers. It also looks and feels like a white mini-McCormick Place, a convention center. Mies applied the concept of the unobstructed space of exhibit halls that is flexible for use by people.

Effective January 1, 2010, Landmarks Illinois transferred operation of the Farnsworth House to the National Trust for Historic Preservation, the property’s owner. 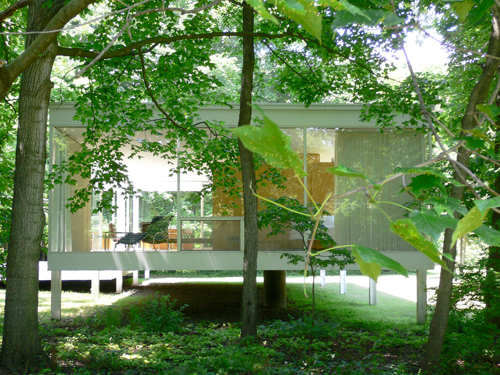 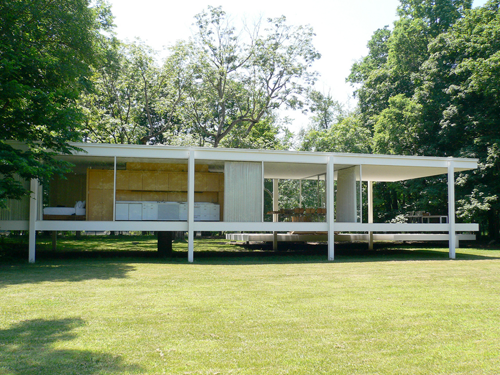 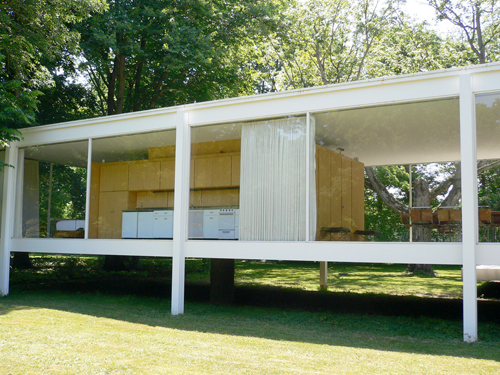 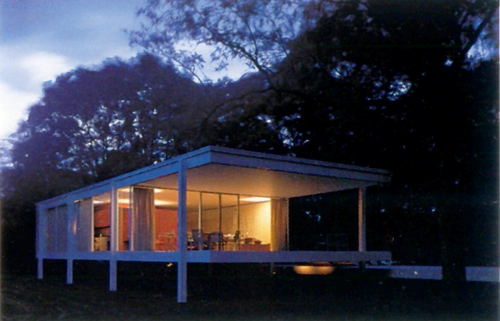 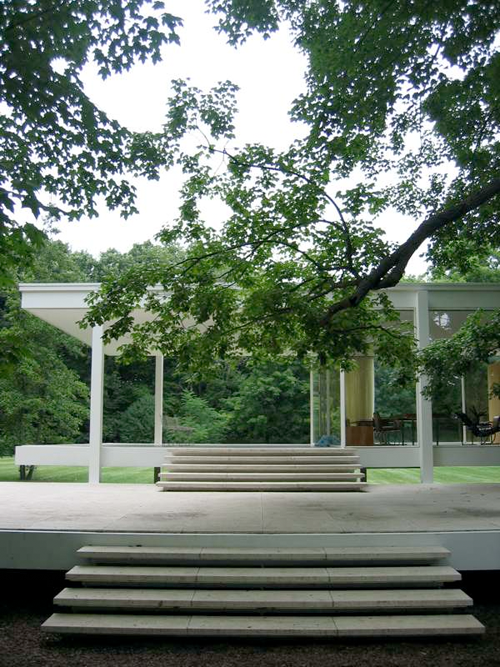 The vitals:
The total cost of the house was $74,000 in 1951.
Materials almost exclusively are glass, steel, and travertine stone.
The main deck is 5-3 feet high to prevent flooding ;-(
The house is now a museum and in the process of restoration due to severe flood damage.
Landmarks Illinois transferred operation of the Farnsworth House, effective January 1, 2010, to the National Trust for Historic Preservation, the property’s owner. 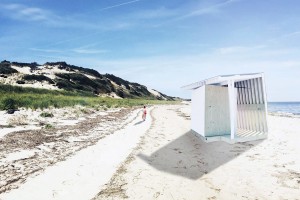 Power transmission network in Iceland. High in tech and style.