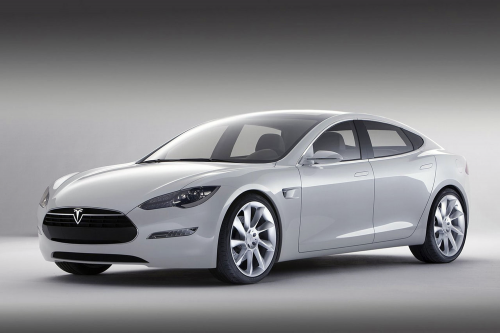 Tesla Motors announces 520 reservations for the Model S, an all-electric family sedan that carries up to seven people and travels up to 300 miles per charge. The Model S launched March 26, and orders immediately began streaming in online and at showrooms in California. Tesla plans to open stores in Chicago, London, New York, Miami, Seattle, Washington, D.C. and Munich this year. 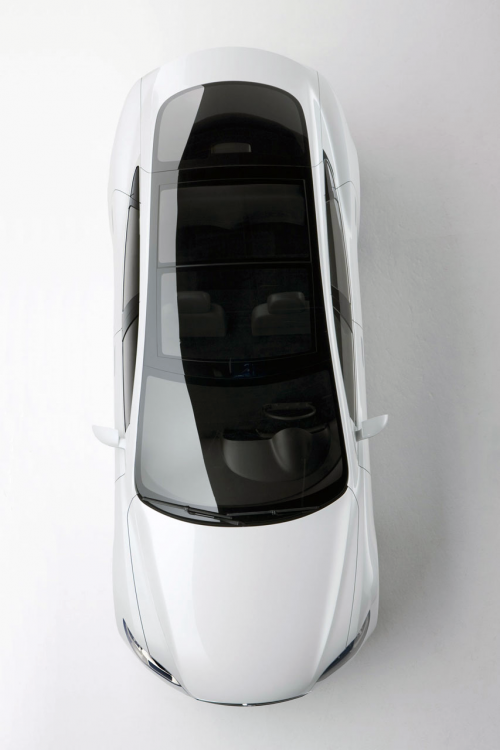 “Frankly the number of cars reserved in the first week has exceeded our optimistic internal projections,” said Tesla CEO, Chairman and Product Architect Elon Musk. “Enthusiasm surrounding the Model S is proof that there’s pent-up demand for more affordable, fuel-efficient vehicles – including those made in America.”

The Model S will likely be the world’s first mass-produced, highway-capable electric vehicle. The company has applied for a $350 million loan from the Department of Energy’s Advanced Technology Vehicle Manufacturing Program, which would be used to build the Model S assembly plant in California. 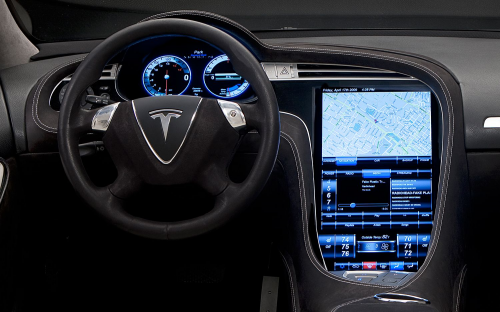 The East Coast premier of the Model S was at the National Building Museum in Washington, D.C. The drivable prototype also will be shown in New York, Chicago, Miami and Seattle this summer.

The Model S can be recharged from any 120V, 208V or 240V outlet or quick-charged from an external direct current supply in only 45 minutes. You can recharge the car during rest stops or meal breaks, enabling the Model S to go from L.A. to New York in approximately the same time as a gasoline car.

The Model S does 0-60 mph in 5.6 seconds, and will have an electronically limited top speed of 130 mph. A 17-inch touchscreen with in-car 3G connectivity means you can listen to Pandora Radio or consult Google Maps, or check the car’s state of charge remotely on your iPhone.

The anticipated base price of the Model S is $49,900 after a federal tax credit of $7,500. The $5,000 reservation fee is refundable, and the car is a better value than far cheaper cars. 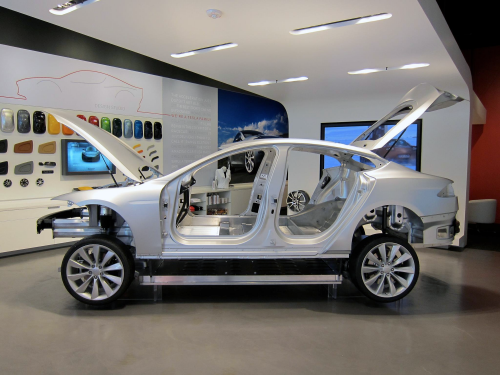 If you account for the much lower cost of electricity vs. gasoline at a likely future cost of over $4 per gallon, the Model S is equivalent to buying a gasoline car with a sticker price of about $35,000, such as a Ford Taurus. Importantly, those savings are realized immediately if you lease a Model S, so there is no need wait years to earn back the price difference.

Three battery pack choices will offer a range of 160, 230 or 300 miles per charge. The company has not released options pricing. 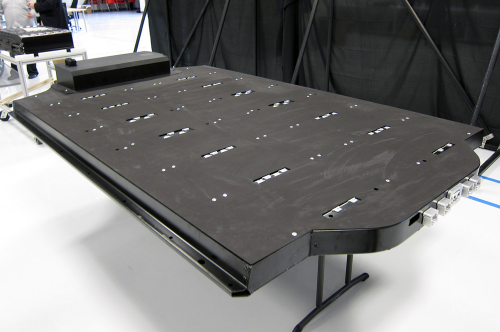 Tesla is the only production automaker selling highway-capable EVs in North America or Europe today. With 0-60 mph in 3.9 seconds, the Roadster outperforms almost all sports cars in its class, yet is more than twice as energy efficient as a Toyota Prius and delivers 244 miles per charge.

Tesla delivered 104 Roadsters to customers in March, marking the first triple-digit delivery month in the company’s history. Tesla delivered over 170 cars in the first quarter – more than the total delivered in 2008.

Tesla has delivered about 320 Roadsters so far. The base price of the Roadster is $101,500 after a $7,500 federal tax credit.
Teslas do not require routine oil changes, and have far fewer moving (and breakable) parts than internal combustion engine vehicles. They qualify for federal and state tax credits, rebates and sales tax exemptions. The Roadster costs roughly $4 to drive more than 240 miles – a bargain even if gasoline were less than $1 per gallon.

Tesla plans to introduce more affordable cars and partner with other automakers to help them produce mass-market EVs. Tesla announced in January it is partnering with Daimler AG to produce the battery packs and chargers for at least 1,000 Smart EVs. “Tesla is relentlessly driving down the cost of battery technology – similar to what other technology companies did to make cellular phones and laptop computers low-cost commodities,” Musk said. [ tesla motors ]

six taxi drivers will be given a nissan leaf ev for a year.