Apparently, the Macbook Air is selling well enough to be unavailable in many stores and require a 5-7 day wait for online orders. Despite the high price, the super-thin laptop is often selling out the day a shipment arrives at an Apple Store according to research done by Ars Technica. Of course, without knowing just how many Macbook Airs Apple is manufacturing, this could just as easily be a case of Apple not making all too many in the first place, making demand seem higher than it really is. What do you guys think, have you seen lots of them out in the wild or is this just a case of distorted perceptions?

Apple says Macbook and Macbook Pro battery life has improved slightly.
UPDATE: We’ve been trying to understand the new Apple Macbook Pro battery life ratings compared to the old models. It’s been hard to quantify generational differences because Apple is now testing using a more challenging battery benchmark, while improving the efficiency of the new machines via Penryn chips and LED backlights. Is it a wash, then? Not quite. We just got comparative numbers between the previous and current generation notebooks from Apple. They read as follows: Macbooks and Macbook Pros have 30-45 minutes more life than the previous generation using the same Wireless Web test. With LED backlighting, the numbers jump to an hour. Note that the 17-inch notebook is not standard with an LED backlit LCD, so those are not the estimates given. Lastly, while Apple’s test is harder than it used to be, as we saw in the Air, the battery life you or I will get on these machines will likely be even less. (The battery claims in the previous generations were much higher because the old test was basically typing on a text editor with Wi-Fi off, which obviously inflated previous battery life estimates beyond reason.)

Previously (and depreciated):
I just spoke with Apple and found out why the new test numbers are lower when in fact, the actual absolute battery life in these models are higher. It has to do with their testing methodology. Instead of reporting the battery life as the longest of three tests (one test being DVD playback, one test being standard Wi-Fi usage and web browsing, and one test being absolute power saving mode doing just Text Editing), Apple’s just reporting the middle test, which approximates average usage much better than the other two. Previously, they reported numbers for the unlikely scenario that you’d just be editing a text document while not connected to the internet. If you ran the same tests in the three models, the newest laptops would actually rate higher than before, says Apple. – Jason Chen

Before that (and depreciated):
The battery life of the new MacBooks and the MacBook Pro 17″ has dropped dramatically in the new revision. From being the top battery performer with 5.75 hours, the 2.6GHz MacBook Pro 17″ has fallen to 4.5 hours. There are some explanations, but none of them can explain the change because the number don’t add up:

First is Apple’s new “Wireless Productivity” battery life. According to Apple, this measures the battery life under typical Wi-Fi use, browsing web pages, working with mail and other internet-related applications. It seems like if Apple is now being a lot more conservative and strict in their battery performance tests. But while this may explain the drop, it doesn’t seem that simple.

The MacBook Pro 15 battery life, for example, remains unchanged across all CPU speeds even with the new battery test method. Apple sources point out that the use of LED screen backlighting saves about 30 minutes of battery life. But is that enough to compensate against the drop in battery life of the MacBook Pro 17? via Gizmodo and ars technica 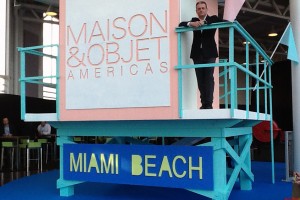 we feel we discovered something good in miami.

designapplause has asked the winners to present their winning effort and we would post it.