felicia ferrone and christopher gentner present the space in between. 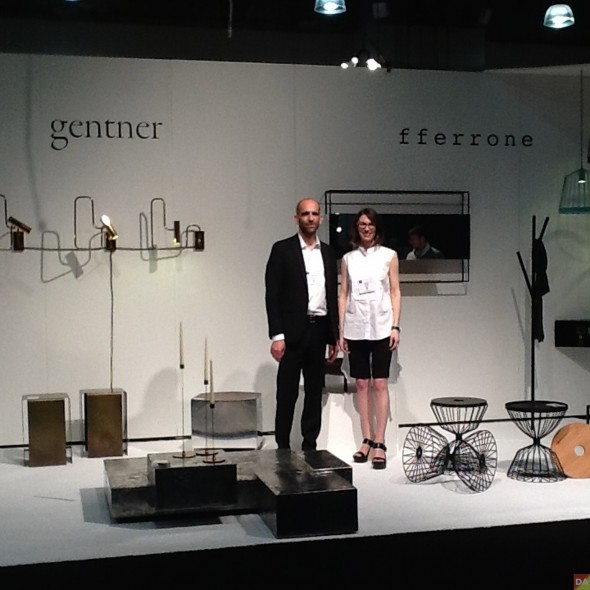 chicago designers felicia ferrone and christopher gentner present a representative display of their work as well as make the statement that the lines between distinct facets of creativity such as artist, craftsmen, designer, architecture and object can be hazy.

this narrative is told by works from ferrone’s and Gentner’s private collections, new work and never-before-seen. both designers collaborate while working in different philosophical space. ferrone designs are minimal, clever and timeless and her work is produced in small batches by top artisans. gentner’s work, more detailed, more sculptural. he’s both designer and craftsman presenting one-of-a-kind pieces in small editions.

this is a smart and tight show. the installation is presented by pavilion antiques and refined haystack. photography by jill buckner. the presentation thru 31 may 2015. 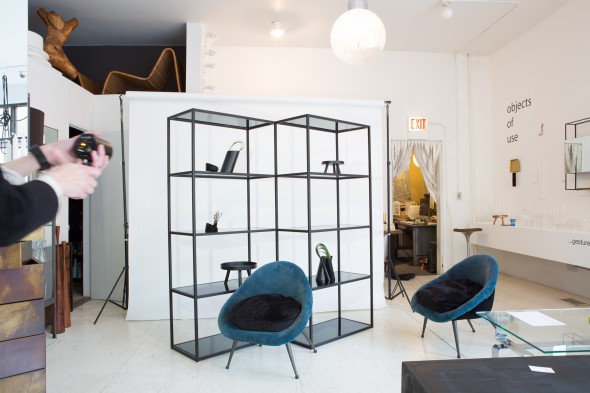 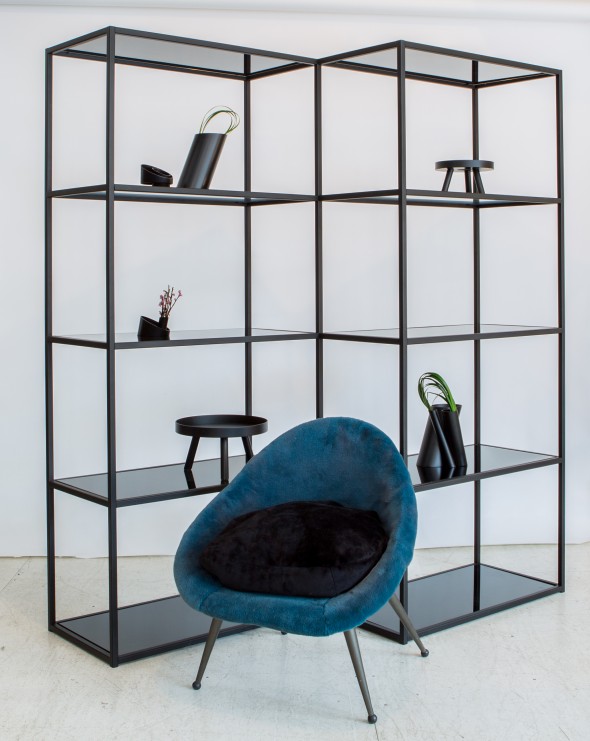 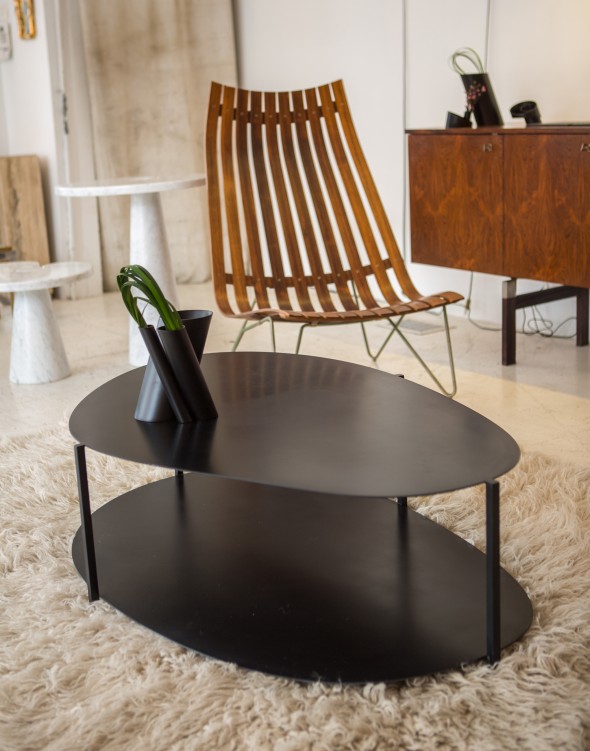 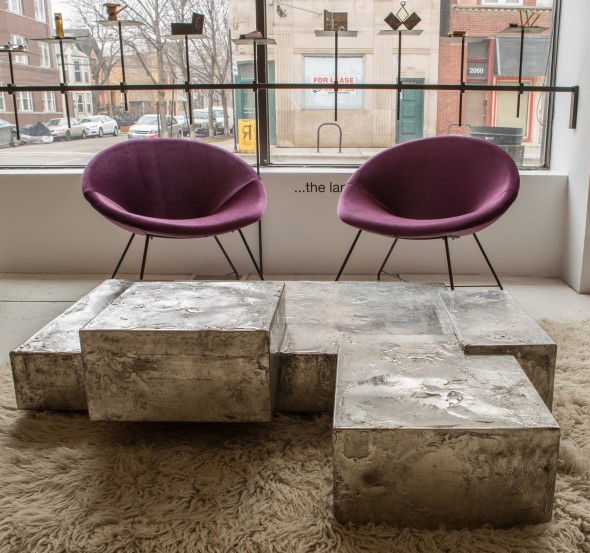 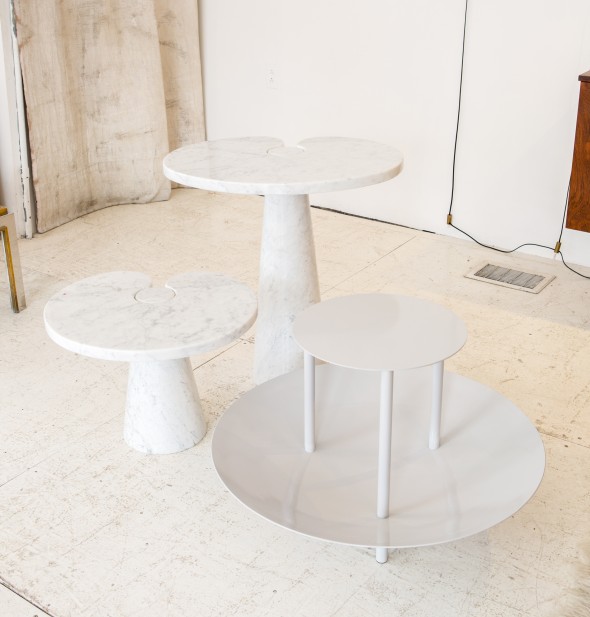 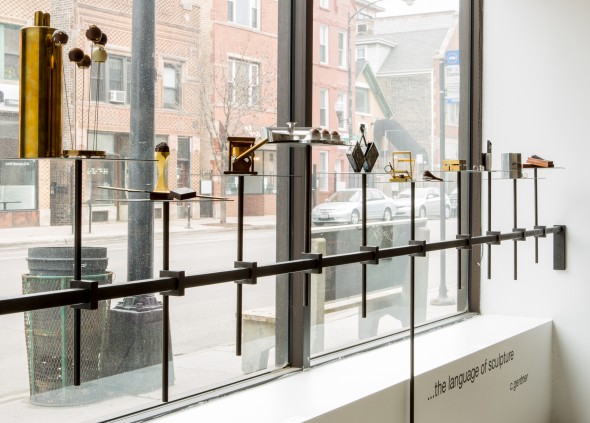 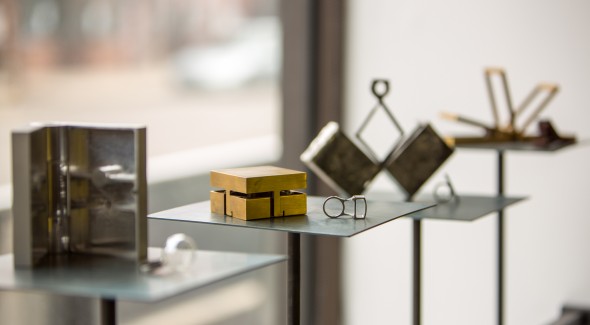 [ felicia ferrone ] graduated with a degree in architecture from miami university, ohio, after which she moved to milan. ferrone’s expansive reach is informed by her early experience as an architect in milan, where she was first taught to “blur boundaries.” in a series of positions with some of italy’s most notable design luminaries, among them antonio citterio and piero lissoni, she developed her belief that all aspects of design are interdependent, that nothing exists in a vacuum but always in relation to the environment, objects and systems that surround it.

[ christopher gentner ] received his bfa from the cleveland institute of art with a degree in metal smithing. after graduating, he founded gentner fabrication, one of the premier manufacturers of custom, high end furniture and architectural metal for many of the big name showrooms. he earned his reputation by building high quality furniture for designers and architects. in early 2011, he founded gentner, a showroom featuring exclusively his own designs.