taking inspiration from the japanese tea ceremony, jenkins&uhnger chose to focus on the ritual of decanting tea or coffee into a cup.

its transparent glass vessel, manufactured by ichendorf milano, incorporates negative space between an inner and outer layer, placing emphasis on the pouring itself and keeping the exterior cool to the touch.size: coffee jug – 8.1″h x 3.3″diameter or tea jug – 5″h x 3.9″diameter 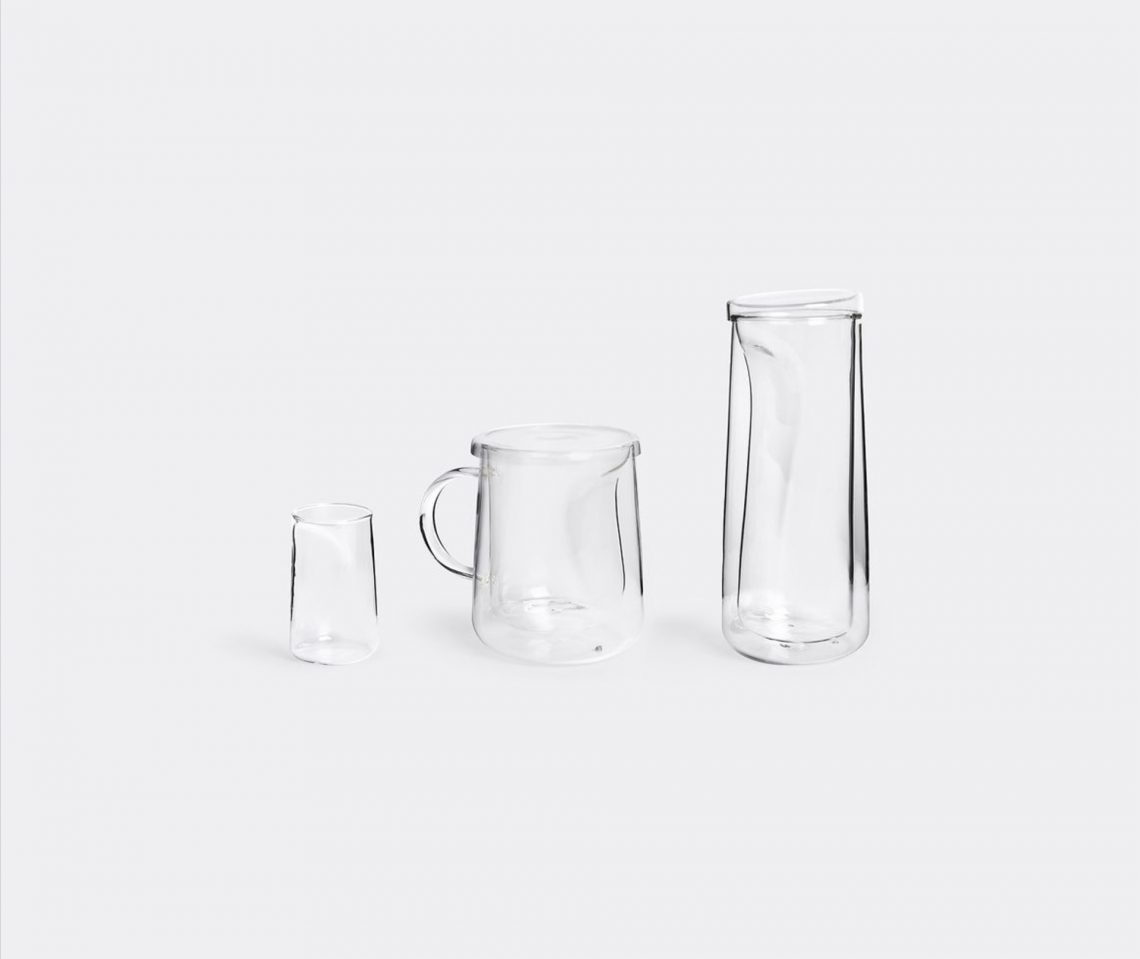 about ichendorf milano – this glassmaking specialist takes its name both from the small german town where it was founded in the early 20th century, and italy’s design capital, where it moved to in the 1990s. initially known for its precious glass ornaments, ichendorf milano now produces cutting-edge hand-blown glass tableware, working with contemporary italian designers such as corrado dotti and mist-o.

above > rotary tray by vitra 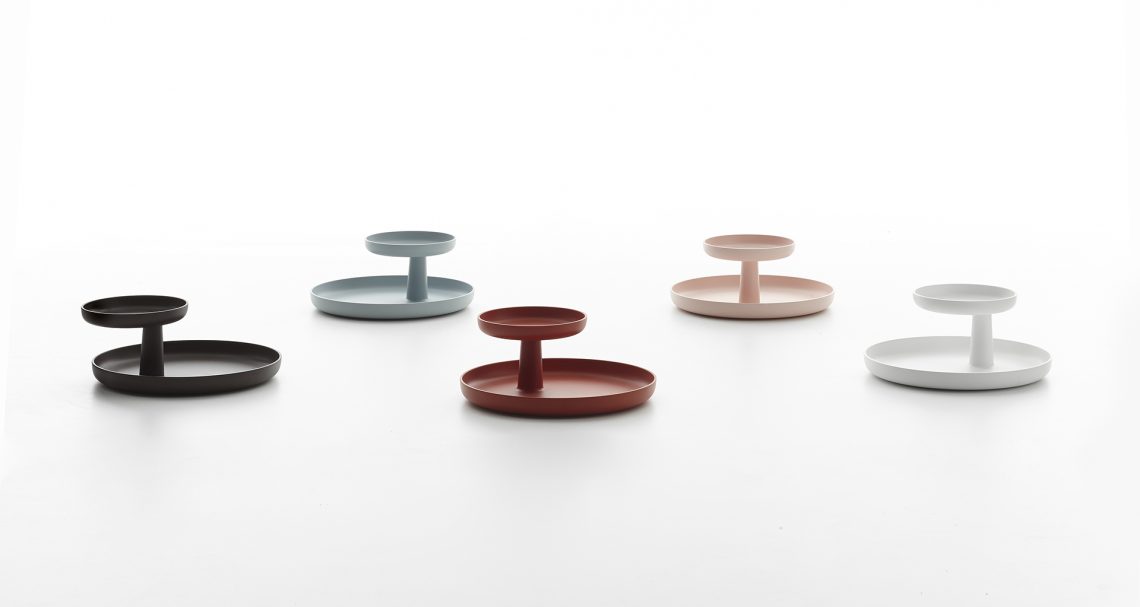 “architecture begins to matter when it brings delight and sadness and perplexity and awe along with a roof over our heads. ~pg 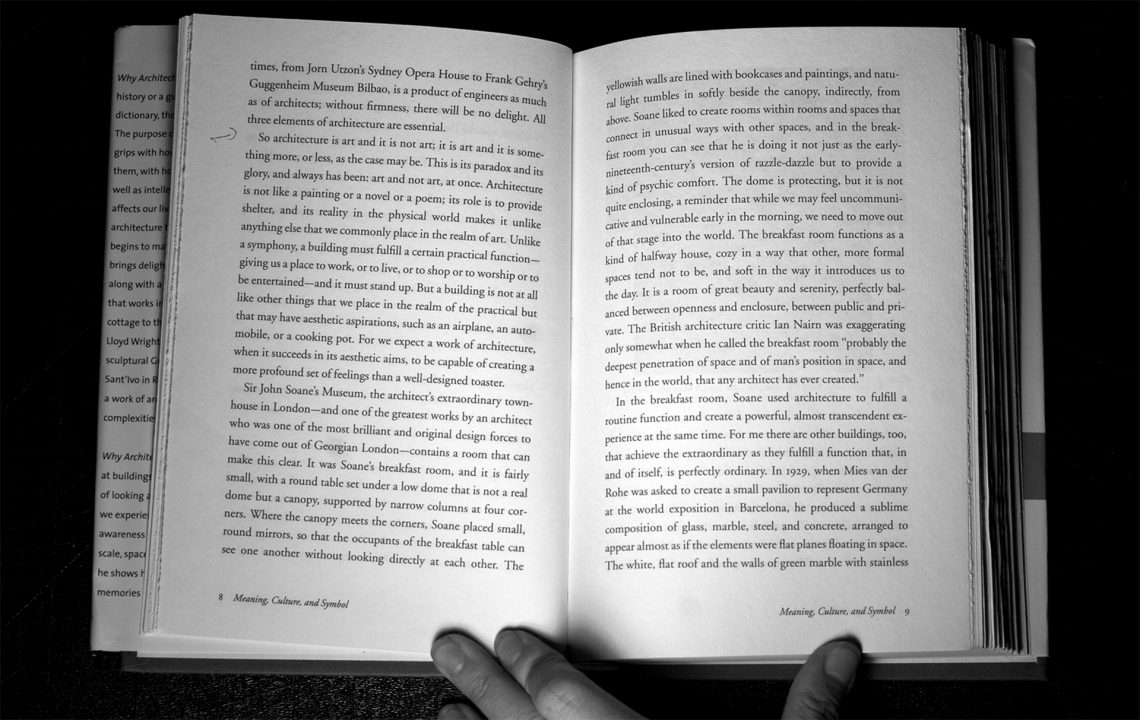 why architecture matters is not a work of architectural history or a guide to the styles or an architectural dictionary, though it contains elements of all three. the purpose of why architecture matters is to “come to grips with how things feel to us when we stand before them, with how architecture affects us emotionally as well as intellectually”—with its impact on our lives. “architecture begins to matter,” writes paul goldberger, “when it brings delight and sadness and perplexity and awe along with a roof over our heads.” he shows us how that works in examples ranging from a small cape cod cottage to the “vast, flowing” prairie houses of frank lloyd wright, from the lincoln memorial to the highly sculptural guggenheim bilbao and the church of sant’ivo in rome, where “simple geometries . . . create a work of architecture that embraces the deepest complexities of human imagination.”

architecture (and design) is an affair of the eye, and the distinguished pulitzer winning critic, raises our awareness of fundamental things like proportion, scale, space, texture, materials, shapes, light, and memory. published in 2009, this book which is continuing to sell in paperback, has a good shot at becoming a true “perennial”.

i’ve recently launched the hard life, a book about a collection of the portuguese ethnology knowledge museum, which is truly amazing. there are so many nice things which were done with nearly no facilities. things made in little villages in portugal. it’s a bit like that book architecture without architects. it’s a kind of product world version of that. ~ jasper morrison

by what means did so much beauty and ingenuity appear in articles of everyday rural life in portugal? how did the shape of these objects balance necessity and formal perfection so skillfully? this book explores the effect that generations of trial and error, individual craftsmanship, and an instinct to carve out the essential with the slenderest of means brought to objects that made life both livable and meaningful to a pre-industrial society. the objects photographed and described by designer jasper morrison may be appreciated both for their beauty and for the example they set of design at its purest

build the world you want to see with blockitecture® brutalism, a set of architectural building blocks. cantilever and nest hexagonal blocks to create towers, cities and dwellings. the brutalism set is inspired by the massive utopian forms and material palette of the brutalist architects, who used raw concrete as their material of choice.blockitecture® brutalism includes 6 towers, 2 skyways, and 2 platforms. 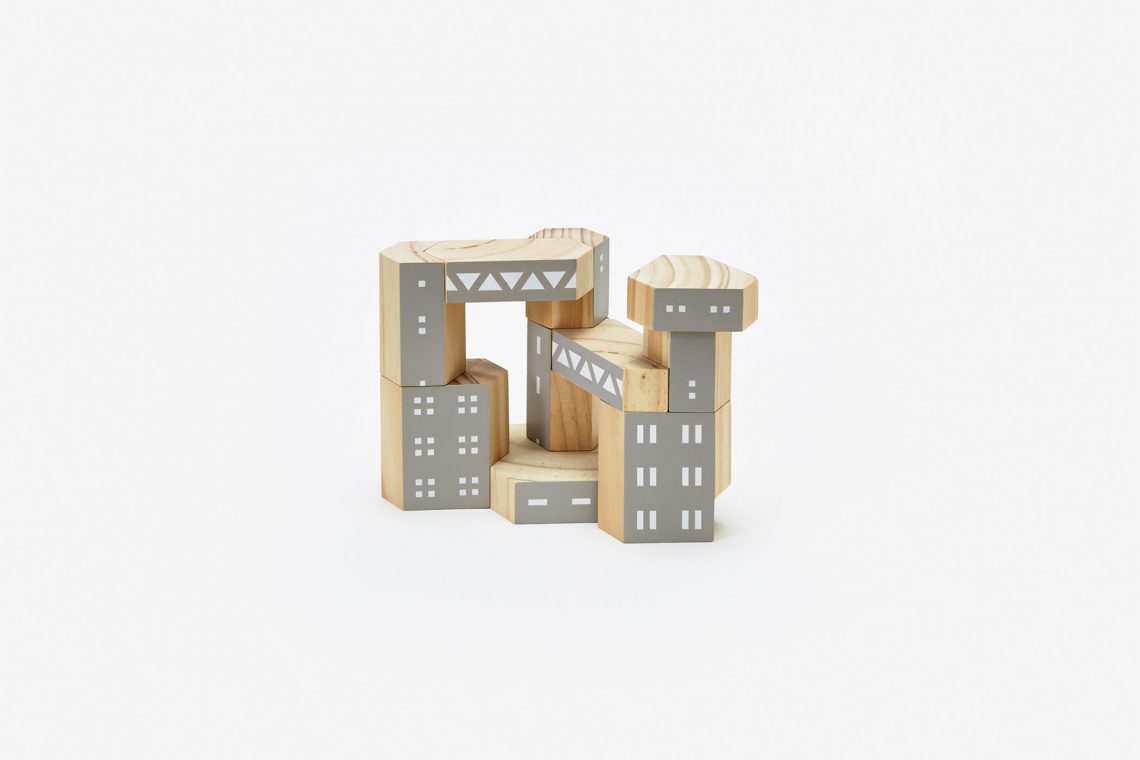 recommended for ages 6 and up.
10 piece set
new zealand pine

snake blocks are a classic toy reinvented in wood and elastic. twist and turn the colorful blocks to create endless forms, serpentine shapes and geometric patterns, including a sphere, a swan, a dog and a fish. composed of 24 painted wooden triangles with an elastic band throughout. designed by clara von zweigbergk 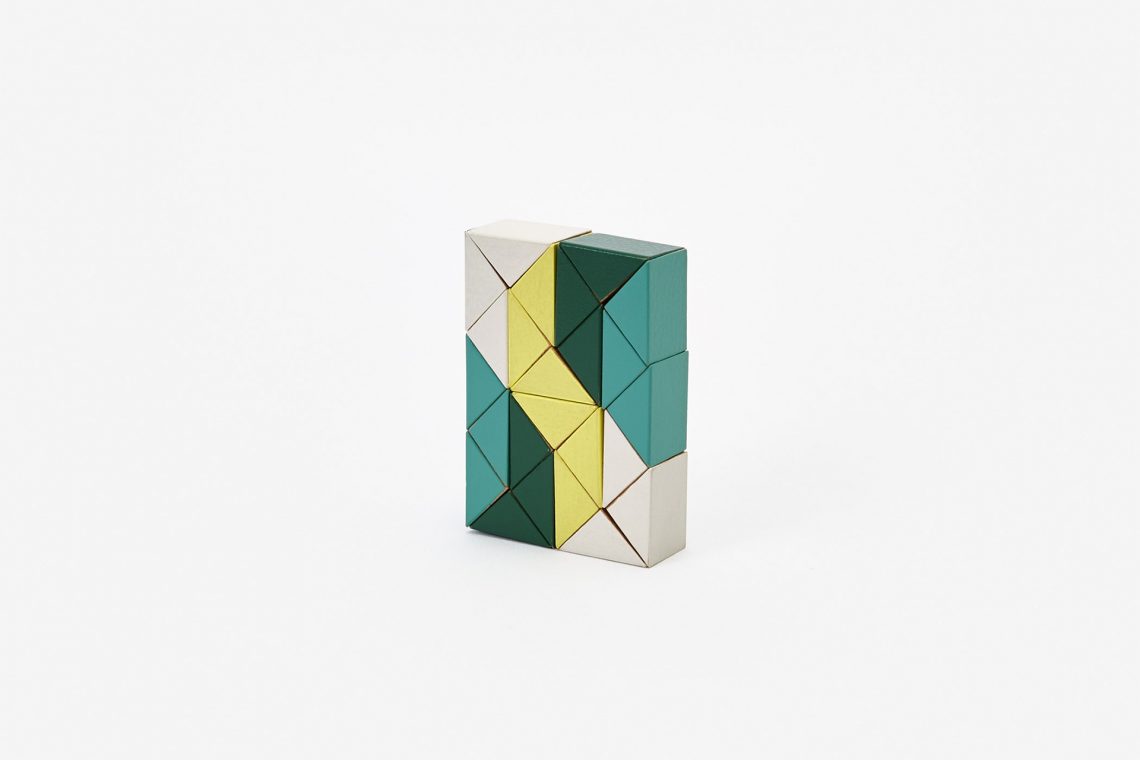