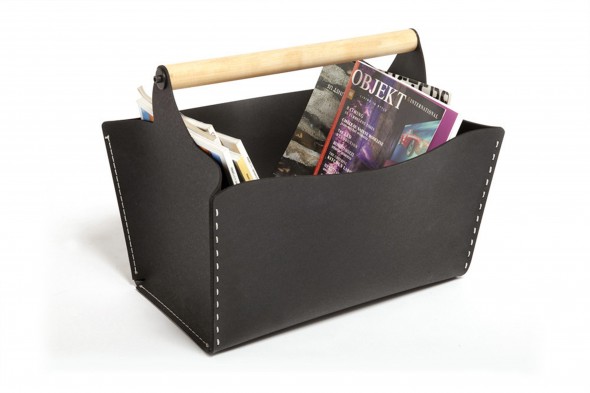 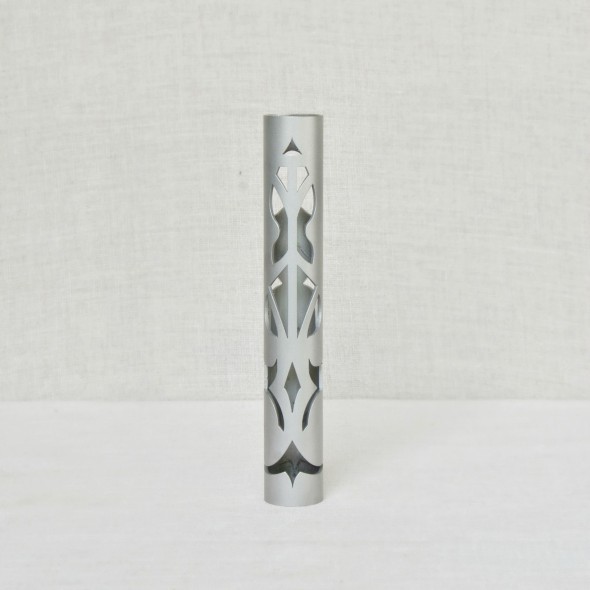 velo – a bottle opener is truly a piece of art. it’s made from laser-cut stainless steel and undergoes a multi-stage finishing process to ensure it is perfectly smooth. inspired by the aesthetic of vintage steel frame bicycle lugs.

unit rack – will fit inside even the tiniest of closet spaces or on the back of a door. strong enough to hold your laptop bag. made from locally sourced white oak. tung oil finish. powder coated steel wire hook.

above> man ray designed chess set – designed in 1920 using found objects from his studio. most of the pieces are geometric models made for still-life drawing. ~ just in case you are looking for a present for me… the chess set will do ..nicolae

design im dorf – designimdorf was set up in 1993 by stefan spitz, a black forest “meister” turner in the fourth generation. the company draws its strength from more than 100 years of skilled wood-linked craftsmanship.

this holiday season, wired marks the 10th anniversary of the wired store, which has become a go-to destination for consumers who are eager to check out a curated selection of the latest and most coveted products. in addition to its flagship location in new york city, wired is unveiling a new e-shop at los angeles international airport (lax) to commemorate the milestone.

looking through the curated offerings of the store, designapplause is reminded of many of the same objects we cherish. here are several. 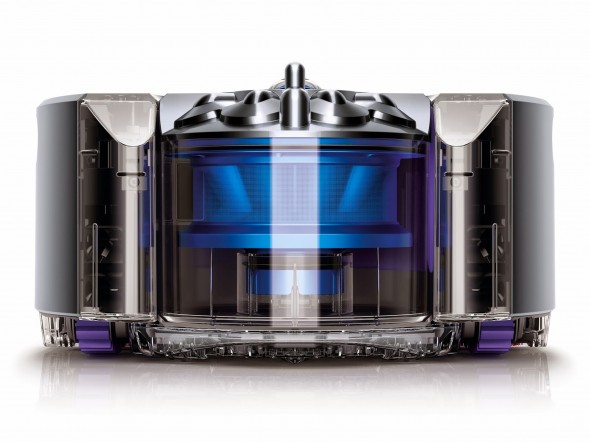 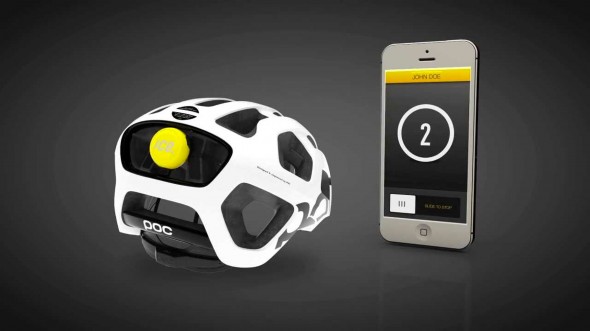 icedot – is an emergency notification and identification service. they recently collaborated with poc and their octal avid helmet. 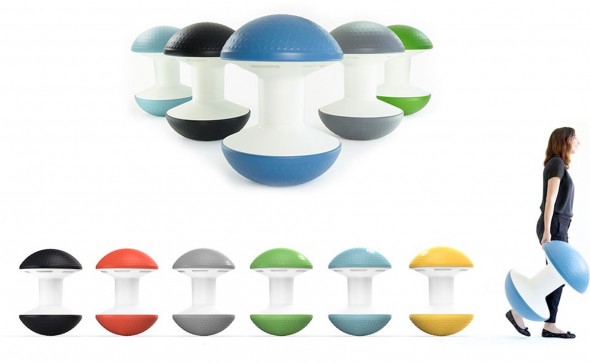 ballo – by don chadwick for humanscale, a multipurpose stool that encourages users to engage in short-term, active sitting. the identical air-filled domes serve as the base and seat and pressure can be varied just like a swiss exercise ball. 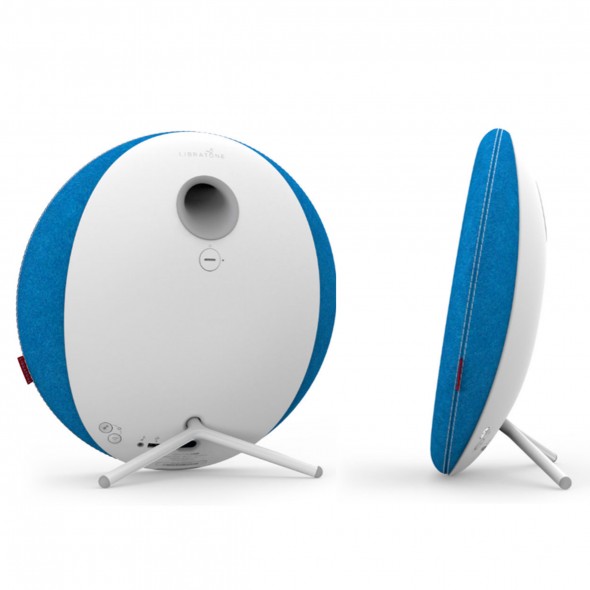 loop by libratone – slim, stylish and wall-mountable / airplay and dlna support for wireless streaming / this circular beauty delivers attractive fullroom audio on a variety of levels. 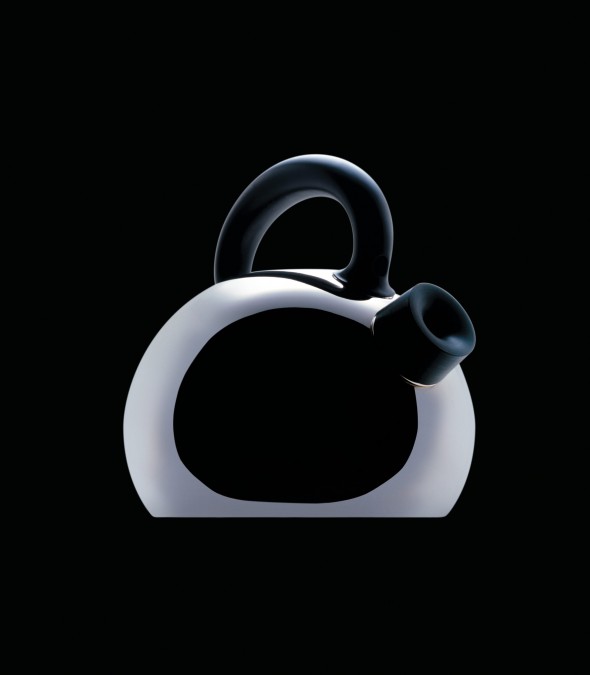 mami – an iconic “maternal code” in all its softness and roundness, by stephano giovannoni for alessi. 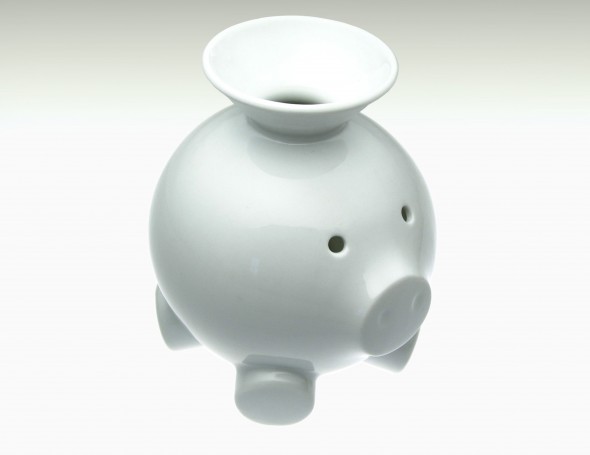 “the coink is one of my favorite designs. once you have a coink, you can’t imagine not having one.” –scott henderson 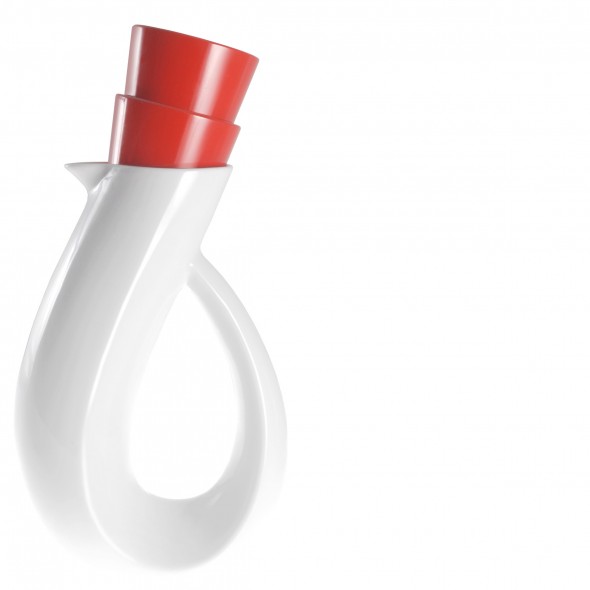 mint vin-eau carafe – a 1.5 liter porcelain carafe with two bright red porcelain drinking cups, suggesting that it is not a lonely product but one that is to be shared, a very romantic product. 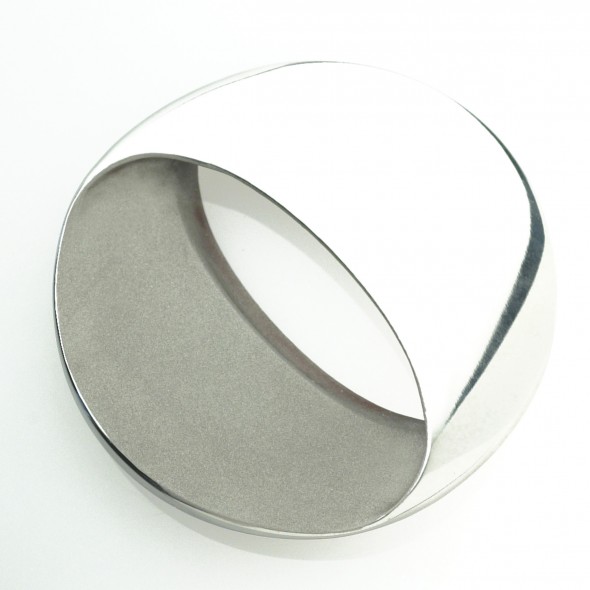 mint ribbon bottle opener – the ‘ribbon’ opener’s form is smooth, like a river pebble, and it has a continuous ribbon-like loop that is exactly the same on either side, so it can take a bottle cap off in both orientations- top and bottom. 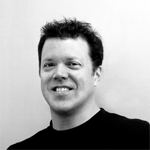 detroit graffiti – the work of years of recording by a local photographer, the book is locally published. chris freitag has been shooting graffiti since he was thirteen. future phd dissertation writers will no doubt dream of a series of such volumes recording graffiti in many cities for comparative study. here at least is the first. 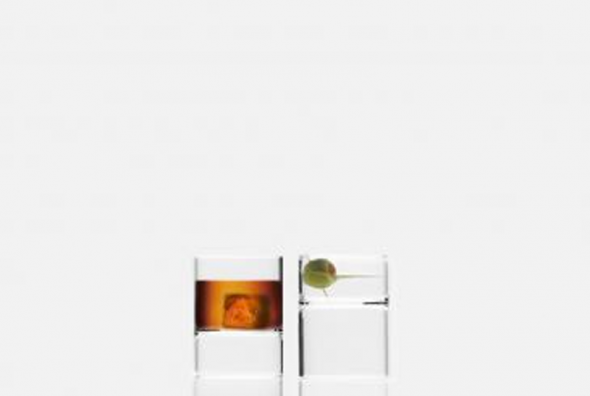 revolution rocks and martini – the revolution collection is strikingly simple in form, created from a pure extrusion of hand-blown glass, combining two glasses into one. when in use, its contents appear to float, seeming to defy gravity. 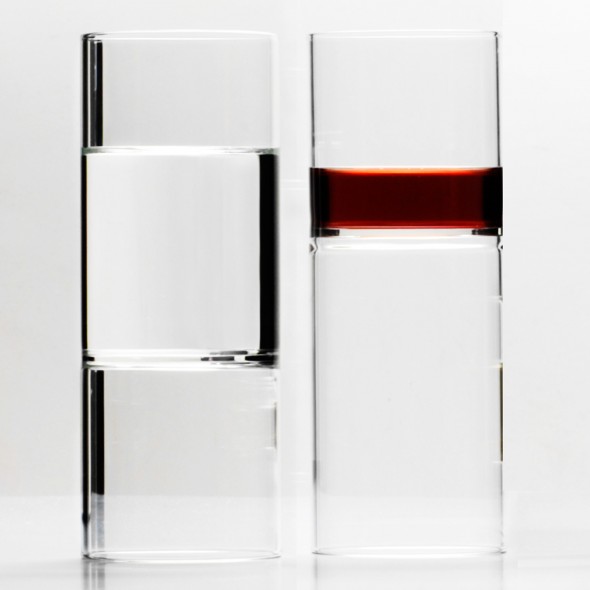 revolution wine and water glass – handcrafted in the czech republic by master glassblowers made from the finest quality borosilicate glass. 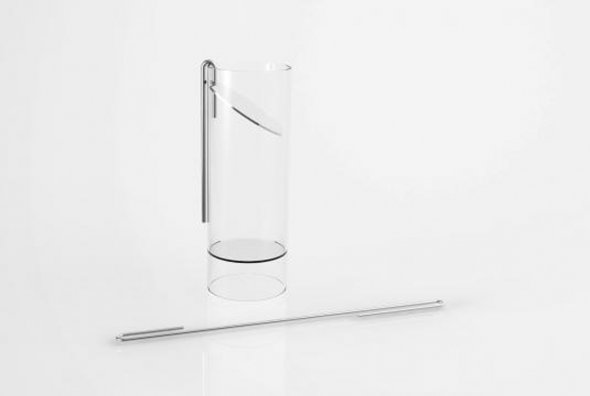 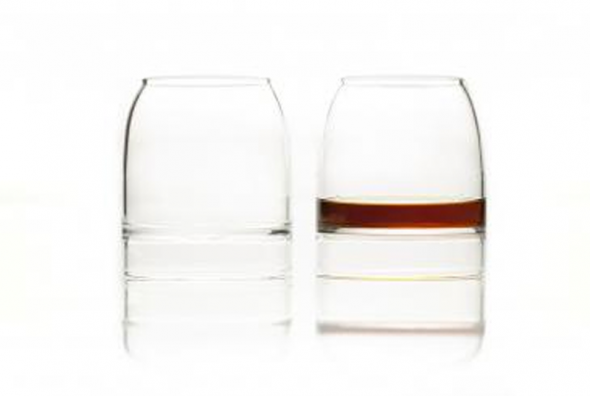 introducing rare whiskey glasses – inspired by the pleasures of fine whisky, the design concentrates the aroma, enhancing the flavor. these glasses possess the same features and qualities of the revolution collection.

above> pure shoe – limited to 100 numbered pairs exclusively for gagosian gallery, as shown here with a silver metallic coating. produced by ruco line and designed by jean nouvel. 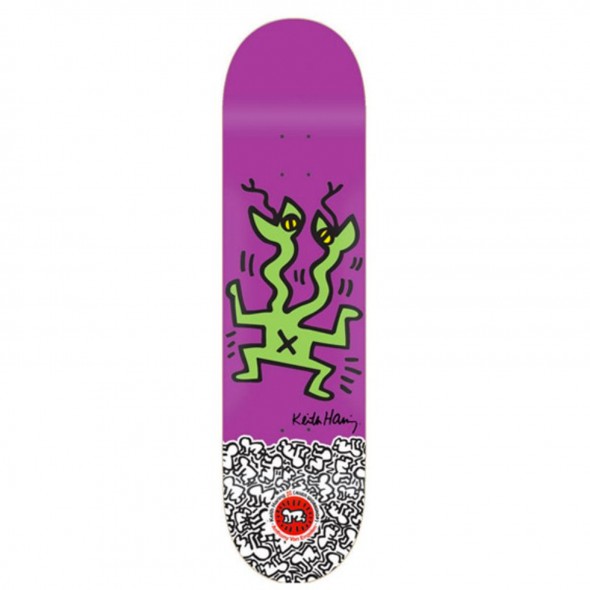 leica t-system camera – leica partners with audi design to craft the world’s first camera with a body made completely of aluminum.

michael craig-martin at chatsworth catalogue – the irish artist has installed a new set of sculptures on the manor grounds, simple steel works that trace the outlines of objects like discarded umbrellas, a wheelbarrow, and gardening tools. while the objects themselves may be ordinary, their form and scale are anything but. 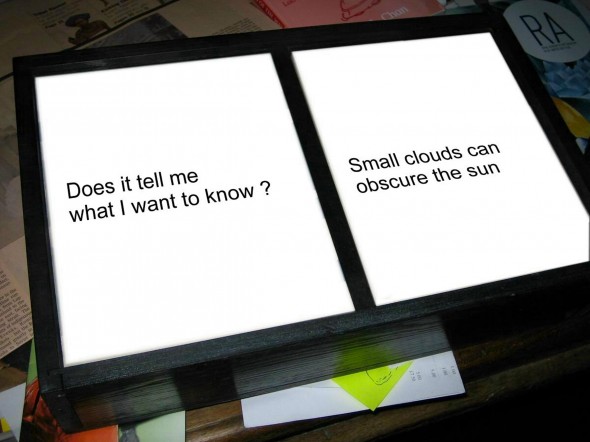 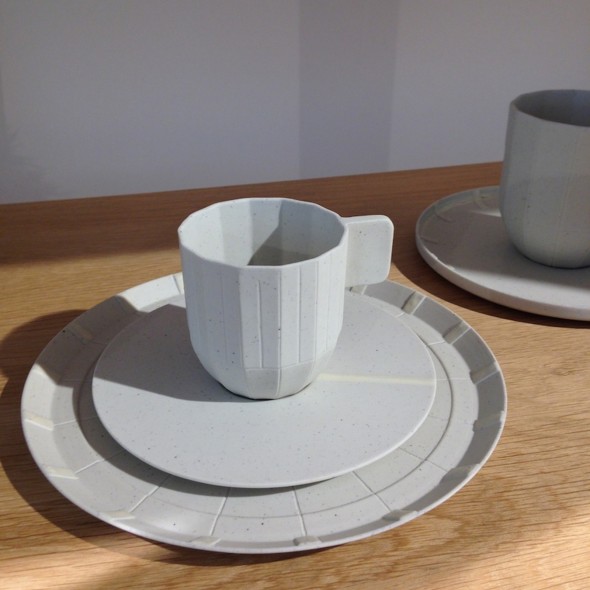 hay paper porcelain vessels – an amazing translation from flat to fat, these pieces were the result of research by designers scholten and baijings 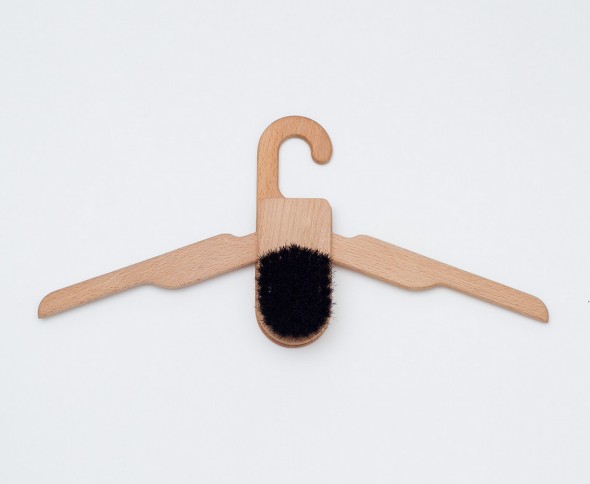 brushanger by tim parsons. one of our own – a redesign of a combined clothes brush and coat hanger from the 1930s. a rare multifunctional object that makes sense.

about tim parsons and jessica charlesworth

above> form and function follow the principle of rotation. designed by johannes lindner for project watches seen at albright knox in buffalo. 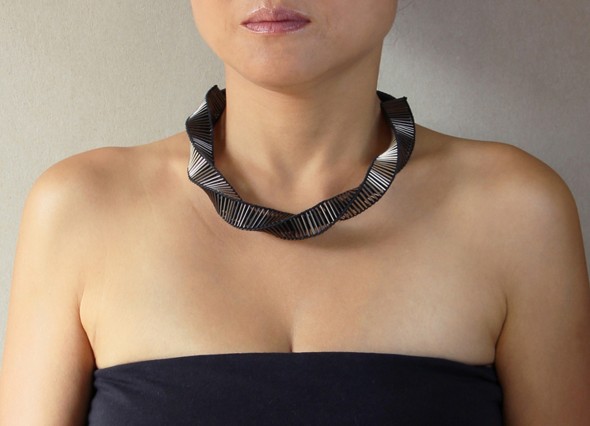 vulantri – jewelry made in bali, available at the fabric workshop museum in philadelphia, designed by two architects. shown> cme swirl. 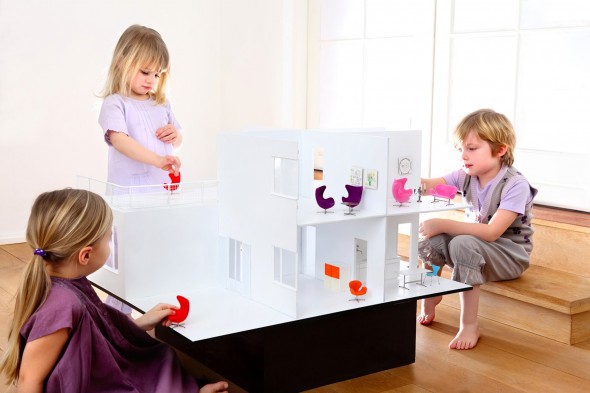 minimii – miniatures of arne jacobsen collection of furniture and homes to put them in, available at santa monica museum of art. 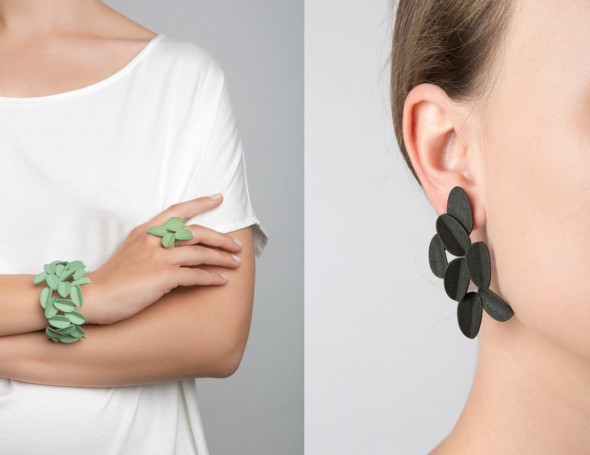 maison 203 – 3D nylon jewelry – collection available at the Wexner Center for the Arts. designed and created in treviso italy, wexner has entire collection to choose from.