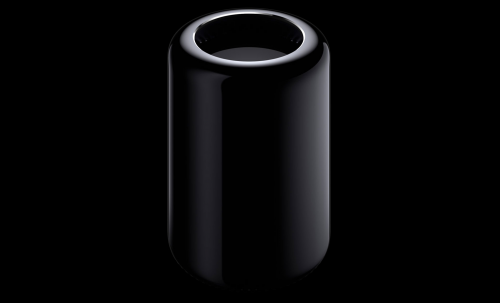 All the complaints about Apple’s recent failure to produce innovative design has overlooked its cylindrical Mac Pro type Apple tower of power due out this fall. 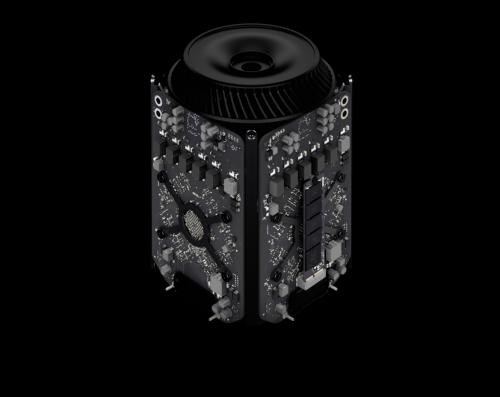 This black volcano of computing centers around fan and air shaft in the middle. 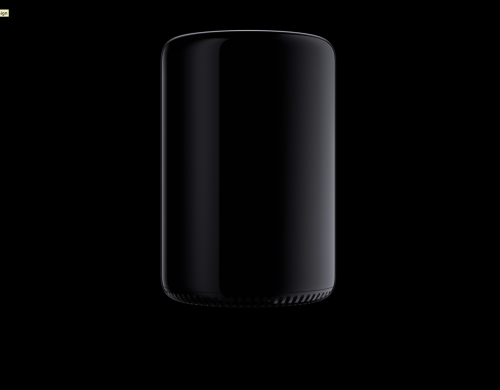 With the shell removed it looks a little bit like R2-D2. 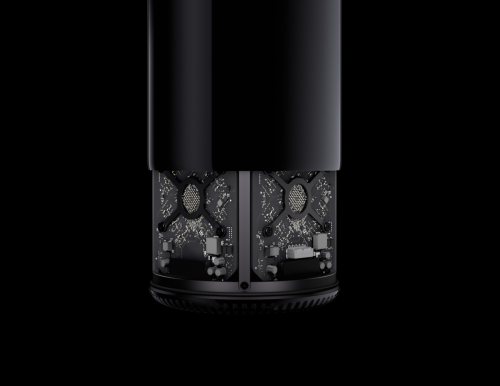 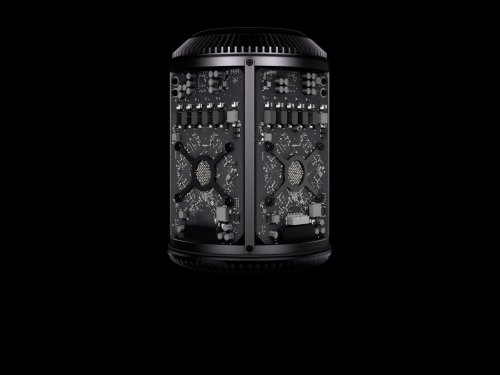 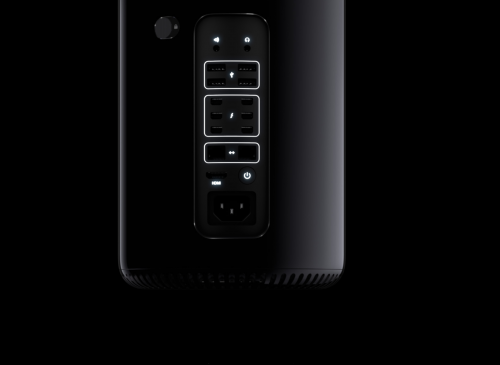 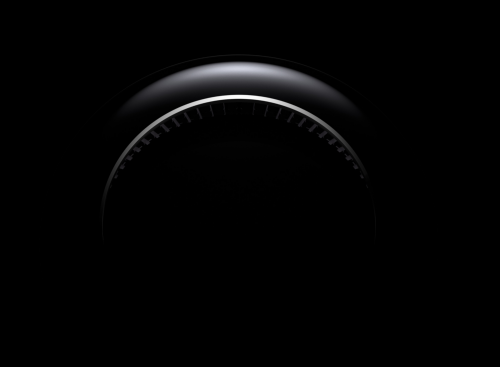 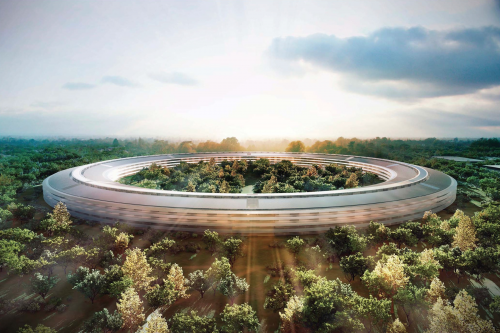 But the black tower also suggests that cylindrical black UFO design of the company’s planned new headquarters by lord Norman Foster. That is not just my impression. Writing from
Mac conference recently Dan Ackerman at Cnet noted “The first view we saw was from the top, where the circular design reminded me of Apple’s planned new UFO-like headquarters.”

Of course the Mac Pro also reminds me of a small black metal wastebasket I had in my office for years. [ mac pro ] 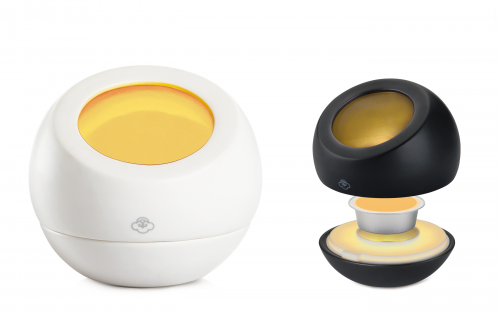 Serene House is a scent line that offers all different kinds of scentilizers, scent pods, scent for home, mobile, you name it. The wax pods are not only a new line but a completely new concept which debuted at Ambiente 2013. Wax pods in themselves isn’t a new concept, however what’s new and unique is the pods remain sealed. Sealed even while they’re heated as the smell permeates through the seal. There’s no mess, very child friendly, can’t burn your hands. Also the hot plate does not get so hot in can burn you, it’s touchable. There’s also a little light inside, like a little lantern. There are three styles of warmers for the large pods: ‘Eclipse’, ‘Aerolight’, ‘UFO’. The pods are aluminum so when you’re done you recycle them. 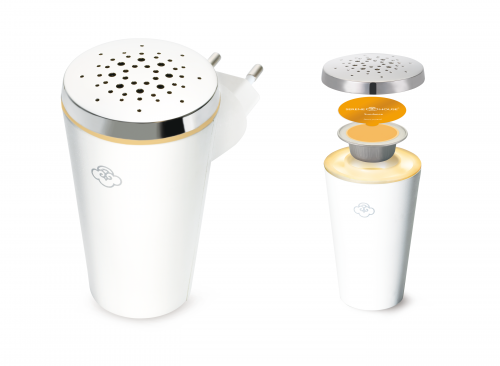 There are two small pod styles: ‘Grail’ and ‘Torch’. The concept for the smaller pod devices remain the same but smaller. The devices plug directly into a wall outlet. 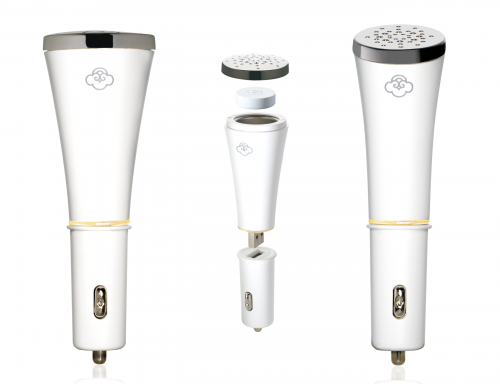 ‘Stellar’ and “Sparkler” are new products which debuted at the New York Gift Show 2013 last January. Similar to the pods but instead they use small ceramic tablets. You put a few drops of a Serene House Essential Oil on the tablet and turn it on. These devices are for your car or any USB device. 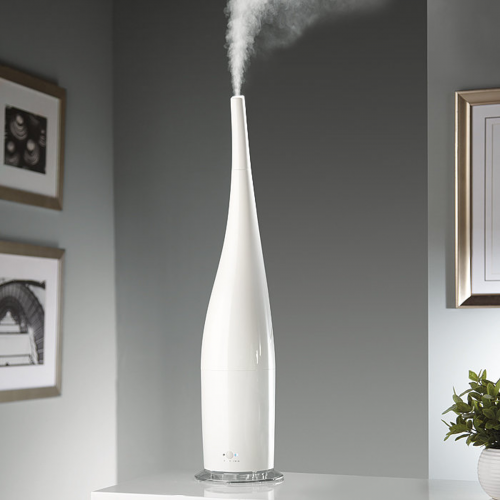 Broksonic’s seasonal home electrics are designed not to be put in the closet when they are out of season. We are looking at their cool mist room humidifiers. You can display them or put a long stem rose in some. Two look like a vase, another an audio speaker. The water containers are anti-bacterial, BPA-free. It boils the water to 104F and kills the bacteria. There are three power levels and a 2 and 4 hour timer settings and automatic shut-off when empty. There is an aroma therapy option: place an essential oil on a felt pad, one dose a day. The tabletop models run 19 hrs and coverage is up to 350 sq ft. All models have removable water containers with handles and no filters. Floor models come with a remote control capability. 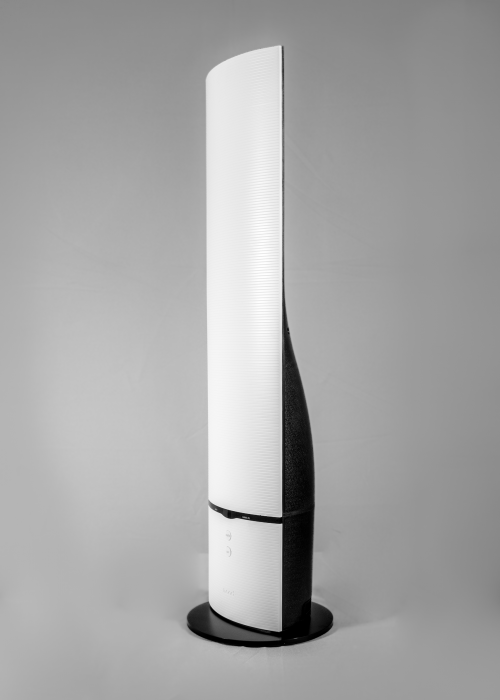 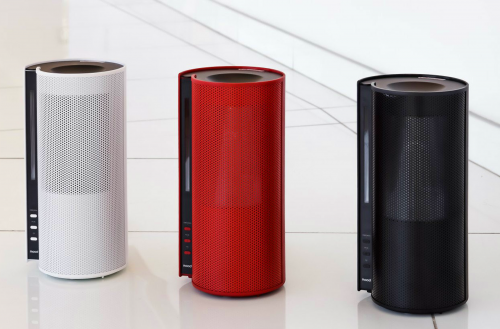