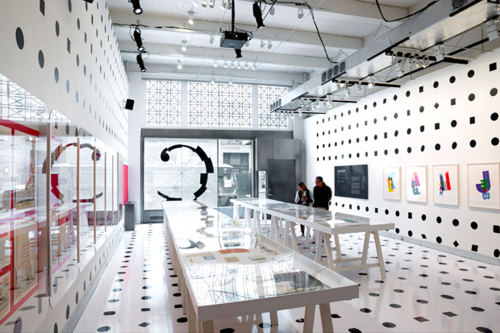 [ On view at the AIGA National Design Center 1 May > 18 June 2014 ] Interest in type, typefaces, typography and fonts has grown far beyond the graphic design community, yet few truly understand how and why these vital components of design are created and applied. This exhibition, organized by Monotype and designed by AIGA Medalist and Pentagram partner Abbott Miller for the AIGA National Design Center, celebrates 100 years of type as a constant influence in the world around us.

Gathering rare and unique works from premier archives in the United States and London, “Century” will serve as the hub of a series of presentations, workshops and events held at the AIGA gallery as well as the Type Directors Club and the Herb Lubalin Study Center of Design and Typography at Cooper Union in New York City. The “Century” exhibition features a range of artifacts representing the evolution from typeface conception to fonts in use. Typeface production drawings by the preeminent designers of the last 100 years, proofs, type posters and announcement broadsides are supplemented by publications, advertising, ephemera and packaging. 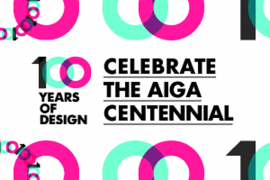 [ aiga celebrating 100 years of design ] In 2014, AIGA turns 100! Established in 1914 as an institute dedicated to the graphic arts, AIGA’s focus and reach have continually expanded. From 40 founders to 25,000 members and from a New York club to a nationwide network, what began as the old guard of a new profession has become a rich and active community embracing diverse and rapidly changing expressions of design.