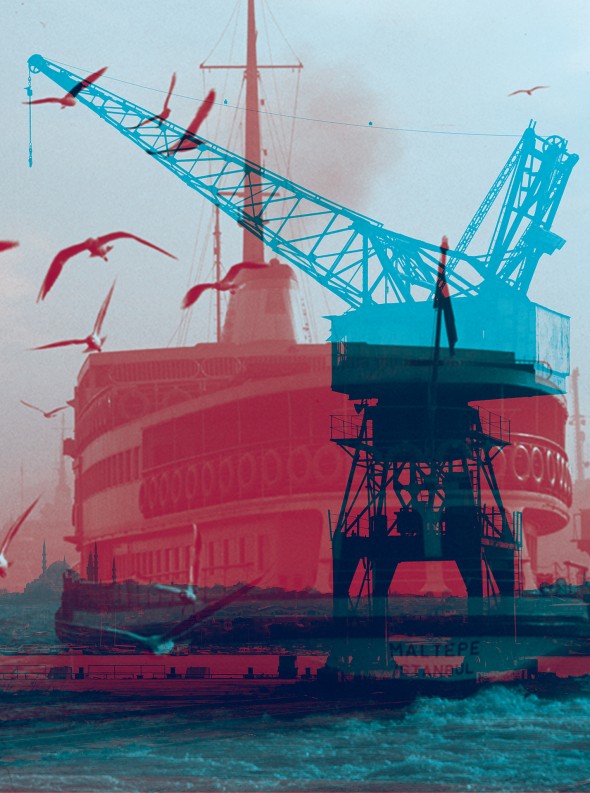 Port City Talks. Istanbul. Antwerp., a major exhibition of the Europalia Turkey international arts festival – 23 October 2015 > 24 January 2016 – is now open at the MAS museum in Antwerp. Curated by Turkish architect Murat Tabanlıoğlu, Port City Talks is an inspiring journey through the Bosporus via original film and photo works created by contemporary artists. Combined with archaeological treasures, the series of works tell the story of how water has shaped Istanbul and its people, drawing comparisons with Antwerp, both cosmopolitan trade hubs.

Nestled between two continents, Asia and Europe, Istanbul’s port has served as gateway to the East for centuries. Antwerp, meanwhile, developed from a port city by a river into a world-class port, has become a gateway to the rest of the world. As well as being active trading cities for centuries, with great political significance, they also have a rich past and multicultural values.

Port City Talks explores what a port and the presence of water means for the two cities, with a focus on Istanbul today. Curator Murat Tabanlıoğlu worked with 14 artists to create multimedia installations which reflect their view on modern Istanbul. The works are enriched with a selection of historical and archaeological objects, loaned from several museums and private collections, including findings from Yenikapı, Istanbul’s oldest harbor.
Through scenography made by Tabanlıoğlu Architects, the exhibition encourages visitors to create their own visual journey through a maze of interconnected walled spaces and tunnels that lead to hidden patios. The works, such as playful video portraits and digital maps featuring real time shipping data, offer a close look at the docks, cranes, shipyards, bridges, tunnels, and people.

Building on his experience as curator of Places of Memory, the Turkish pavilion at the biennial International Architecture Exhibition in Venice in 2014, Murat Tabanlıoğlu says, “Through studying the history and today’s realities of both cities’ ports, we have discovered certain parallels, although it is obvious that both cities are unique and, indeed, far from being similar. So we decided to call the exhibition Port City Talks. Istanbul. Antwerp., seeing this occasion as a joyous opportunity to highlight diversities and the role of people-to-people contact, respecting differences rather than always searching for similarities, and thus, multiplying the reasons for talking with each other.
“I hope this exhibition will be a motivation for further ‘talks’ on the transformation of cities, architecture and our lives.” 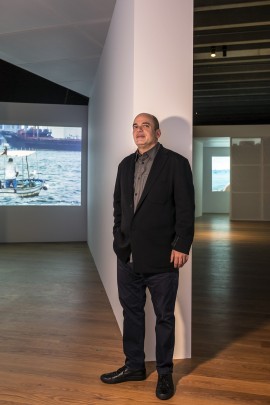