[ neocon’s 51st edition ] since 1969 neocon continues to serve as the world’s premier platform and most important event of the year for the commercial design industry. below are events with the merchandise mart as well as off-site satellite offerings.

curiously, 2015 saw three shower products boasting both water and energy savings surfaced, though one of the products has been in use for over five years ago by the australian air force. they save water with clever design, an unusual application of the 200 year old venturi effect and recycling and filtering shower water itself. 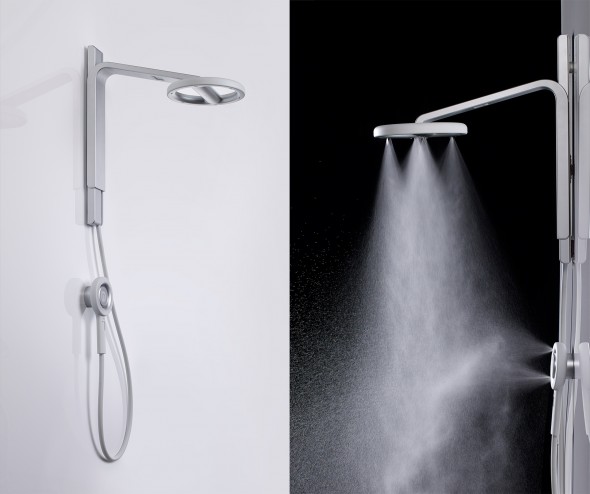 above/below > [ nebia ] is a $400 shower using aerospace-grade spray nozzles that atomize water, allowing for a smaller volume of water to get you just as wet. water savings: 70%. a [ kickstarter ] product. 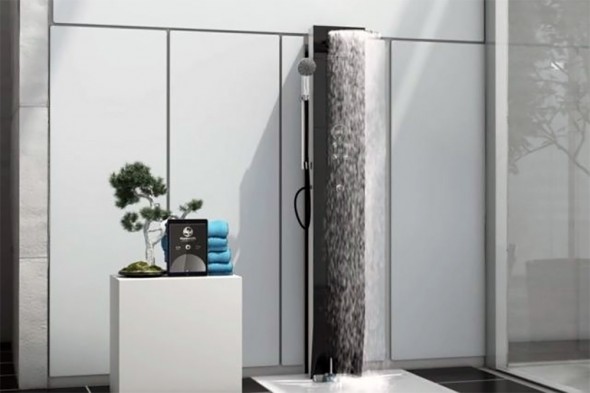 above/below > the $3,000 [ hamwell e-shower ] recycles what normally goes down the drain. the used water gets filtered and mixed in with about 1.5 liters of fresh water each minute; that mixture gets hit with a uv light before raining down on your head again. the app-controlled shower can also stream music as well as see how much money you’re saving in both energy and water cost. in addition to the 90 percent water savings, the shower should also reduce your energy consumption by 80 percent, the company says. hamwells already has deals with several hotels, so you could come across them even if you don’t actually buy one yourself. 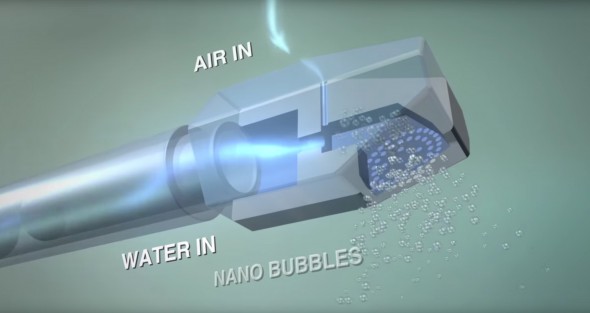 above / below > five year old [ e-shower ] uses the 200 year old venturi effect to draw a tiny jet of air in the shower head, forcing the water into extreme turbulence inside – not atomizing but aerating the water into nanobubbles, an air bubble covered in water. in a normal shower most of the water that hits your body bounces off, while with an e-shower when the air bubble hits your skin it ‘pops’ causing an impressive cleaning effect. a recently funded [ kickstarter ] product, price and availability not yet known at this writing.

In heat: rochus jacob is rethinking the radiator. 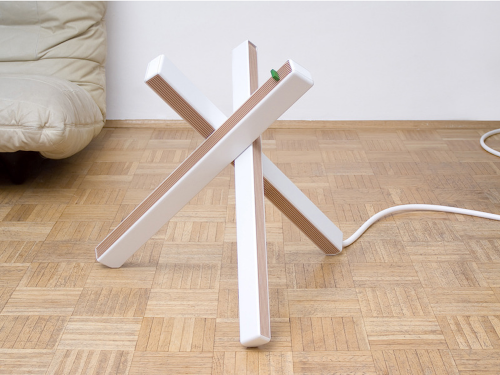 New York might not be as cold right now as some places in the world (I was in Vermont last week and the high was 4°!), but it’s still cold enough for this California girl to pull out her Winter supply of space heaters and heating pads (no, I’m not 80 but I still love my heating pad). New York-based designer, Rochus Jacob, likes his apartment warm and toasty, too, hence his new project, “Rethinking the radiator.”

Did you know that if you reduced your room temperature by just 2 degrees you would, according to Jacob, “save a ton CO2 a year and cut cost by 40%?” Since my heating bill skyrockets in the Winter months, that last part sounds awfully nice, but if I lower my room temp by even 2 degrees, won’t I freeze to death? Jacob makes the excellent point that the old style of radiators were made for poorly insulated homes and need to be stored beneath a window in order to create a heat wall. But if your home or apartment has been updated in the last couple of decades, you can free yourself from the wall-hugging radiators of the past and get one of Jacob’s campfire-inspired heaters instead.

“The design refers to the analogy of a campfire,” Jacobs says, “which represents the social aspect and essential importance heating once had in our culture. Heat is a emotional value.” Made from wood and plastic, Jacob’s radiator also works with hot water, but it can be integrated into the center of the room to distribute heat more evenly and increase the interaction between user and object, which just might encourage you – and by you I mean me – to think twice before jacking the heat up to 85. 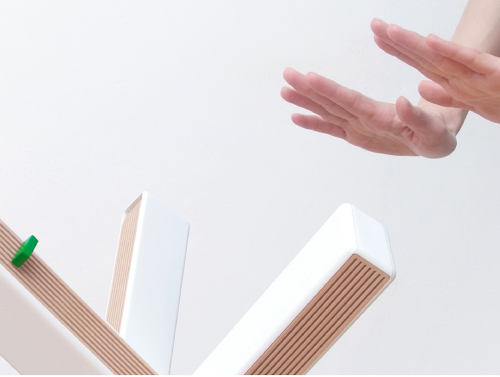 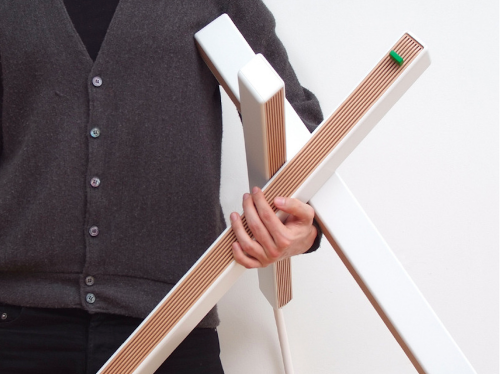 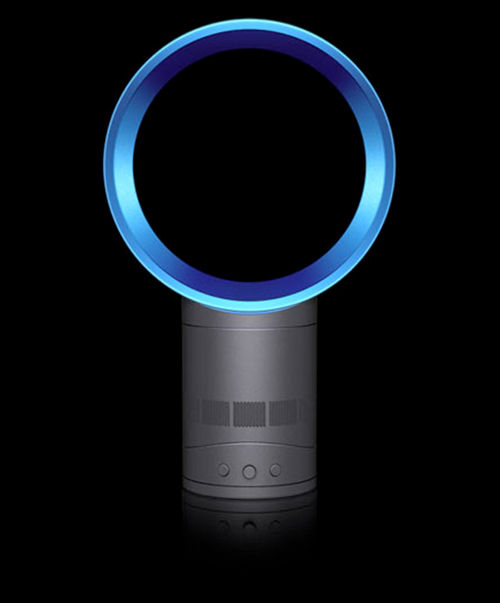 Inventor and entrepreneur James Dyson used a defect in the Airblade drier as the springboard for an innovative table fan. 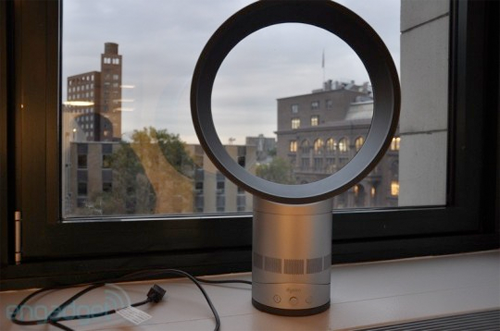 above: what looks like a modern sculpture is actually a fan—with no blades. 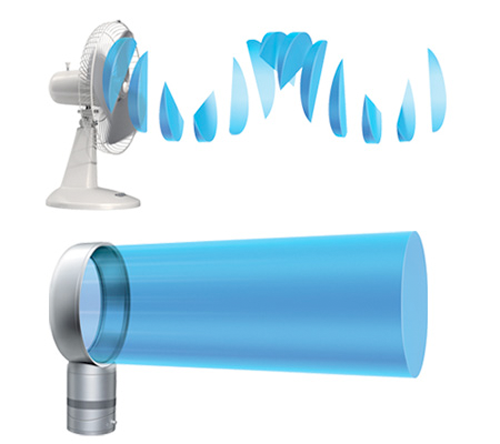 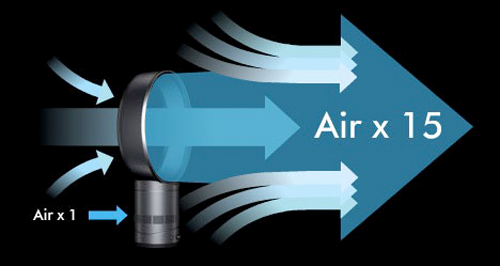 Dyson says the device came out of a defect in the Airblade, the energy-efficient hand drier for public restrooms that his company, Dyson, launched in 2006. Despite its jet-like exhaust, engineers noticed that the machine was trapping a lot of air inside. “We had no intention to make a fan,” he says. “But the failure made us curious. We asked, What could we do with this high-speed air?” 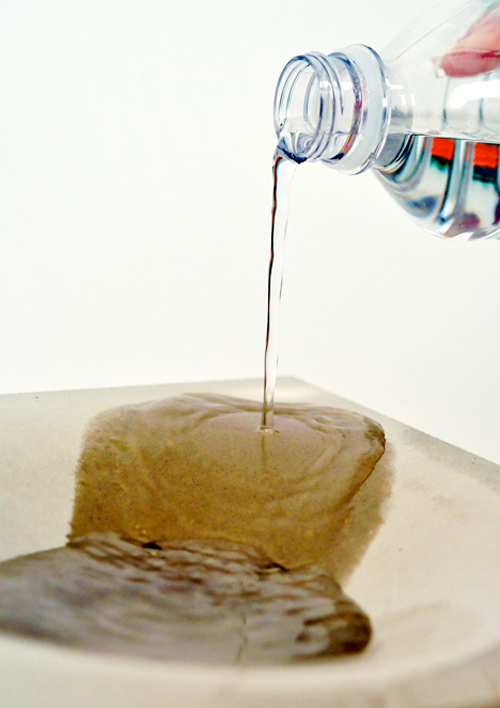 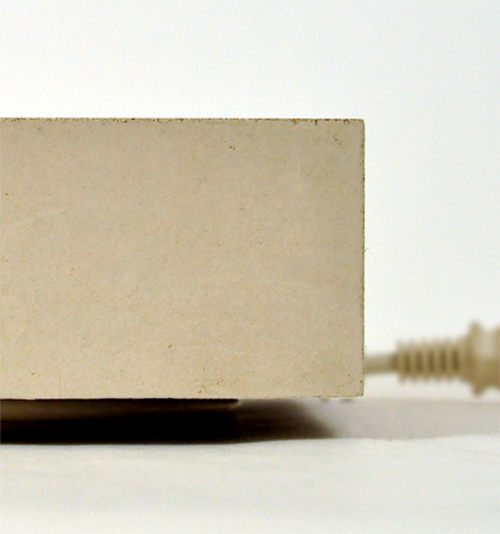 No more dry, empty bowls on your radiators. Here is a container that holds water and senses when the water is gone.
Enter the concrete humidifier. Maybe an alert when the humidifier is empty is next. via yanko design

Industrial. Creative. A sculpture? Quite fresh and unpredictable. An emergency laundry drier. Maybe a wall-hook for designer oven mitts? The Ciussai Radiator from Adhoc.

You may also like this contemporary radiator from Deltacalor …

For many of our readers, winter is just around the corner. And that may mean it’s time to trade the A/C unit for a humidifier. Here is a cute one.
Designed by Takashi Hiroshi Tsuboi, the tear-drop shaped humidifier is ultrasonic and can produce moisture for up to ten consecutive hours. If you speak Japanese or knows someone who does you are in luck as they aren’t yet available in the U.S. But it would make a great gift for someone you really care about, and you too!

It’s summer in our hemisphere. Long days. Warm weather. Spending more time outdoors. Here is a innovative product that you make yourself at the beach or on a picnic — the cutlery! What fun!
The cutlery (Do!) and an extension cord (Thrush-In) that stores nicely in its own felt container is designed by Arihiro Miyake. The utensils are fashioned by hand and you also make that fashion statement. The designer labels the cutlery disposable but we propose the environmental statement. Throw them in the dishwasher!.

These are just some of the items found in New York mid-May. The main draw was the International Contemporary Furniture Fair at the Javits Center, but there were many off-site events to go to. One was the Hardcore Finnish Design exhibit featuring 20-plus Finnish designers. END_OF_DOCUMENT_TOKEN_TO_BE_REPLACED