when i was old enough to begin an understanding of the world, my hometown was burned down. across the shore, the atomic bomb was dropped on hiroshima, so i grew up near ground zero. it was in complete ruins, and there was no architecture, no buildings and not even a city. only barracks and shelters surrounded me. so, my first experience of architecture was the void of architecture, and i began to consider how people might rebuild their homes and cities.

[ jury citation ]
arata isozaki, born in oita, island of kyushu, japan is known as a versatile, influential, and truly international architect. setting up his own practice in the 1960s isozaki became the first japanese architect to forge a deep and long-lasting relationship between east and west. possessing a profound knowledge of architectural history and theory, and embracing the avant-garde, he never merely replicated the status quo but challenged it. and in his search for meaningful architecture, he created buildings of great quality that to this day defy categorizations, reflect his constant evolution, and are always fresh in their approach.

over the more than 50 years isozaki has been practicing, he has had an impact on world architecture, through his works, writings, exhibitions, the organization of important conferences and participation on competition juries. he has supported many young architects from across the globe to have a chance to realize their potential. in such endeavors as the fukuoka nexus world housing project (1988-1991) or toyama prefecture’s machi-no-kao (“face of the city”) program (1991-1999) he invited young international architects to develop catalytic projects in japan. 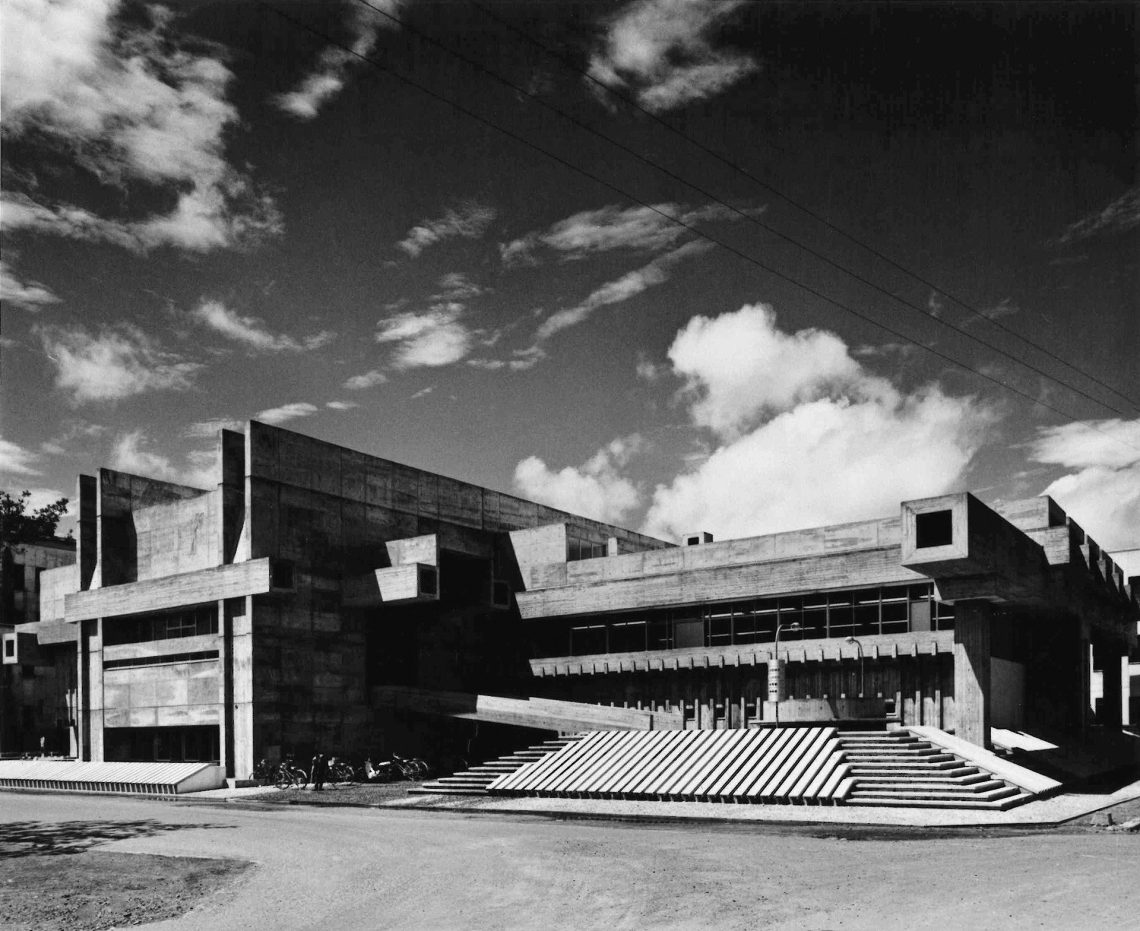 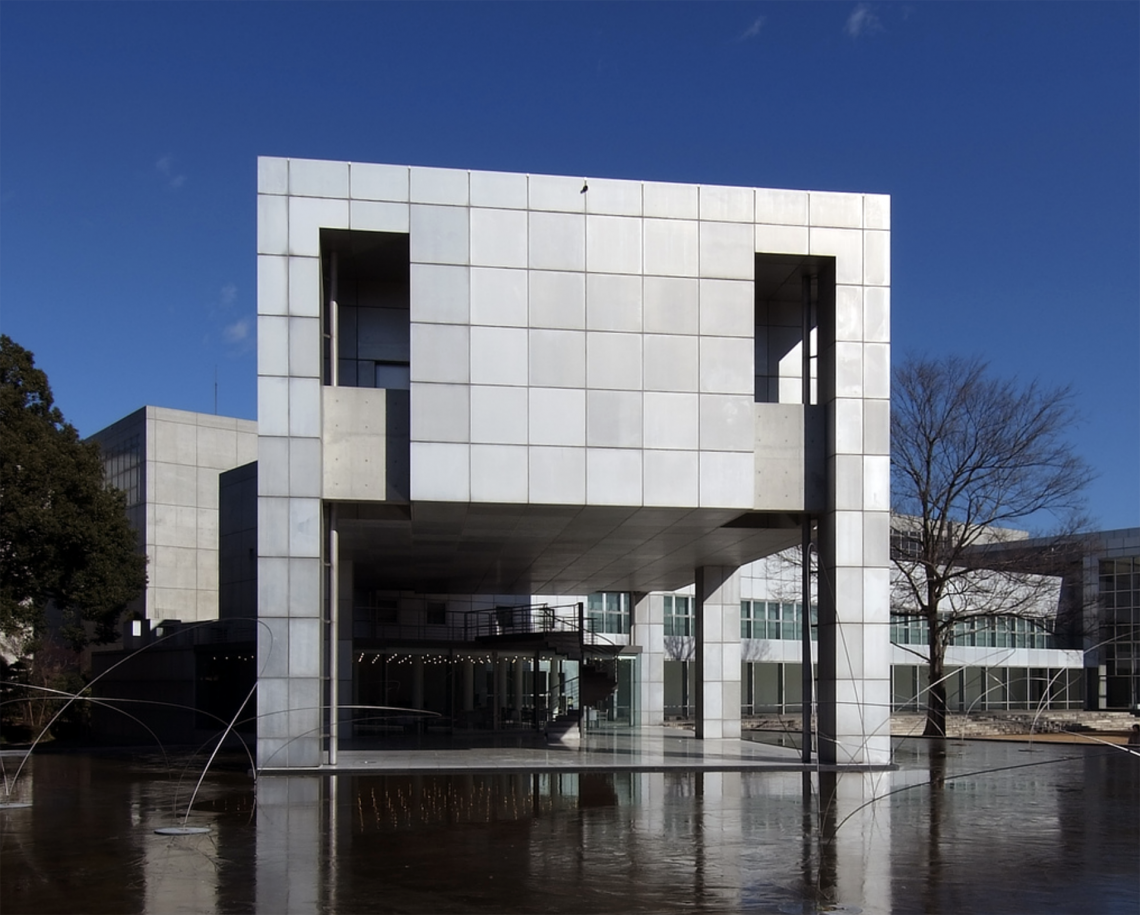 isozaki’s oeuvre has been described as heterogeneous and encompasses descriptions from vernacular to high tech. what is patently clear is that he has not been following trends but forging his own path. an early exploration of a new vision for the city is seen in the project city in the air, from the early 1960s, for a multilayered city which hovers over the traditional city. his first works in his home country of japan include a masterpiece of japanese brutalism, the oita prefectural library (1966). such projects as the kitakyushu central library (1974) and the gunma prefectural museum of modern art, opened in 1974, reveal an exploration of a more personal architecture. in the museum, the clear geometry of the cube reflects his fascination with void and grid as it seeks to attain an equilibrium in which to display changing works of art.

arata isozaki’s reach and repertoire have expanded over the years to include projects of many scales and typologies and in numerous countries. in the united states, isozaki is probably most well-known for undertaking the museum of contemporary art in los angeles (1986) and the team disney building in florida (1991). the first is a study of the vault or what he calls “rhetoric of the cylinder” and the second is evidenced by a more playful use of shapes with a postmodern flair. 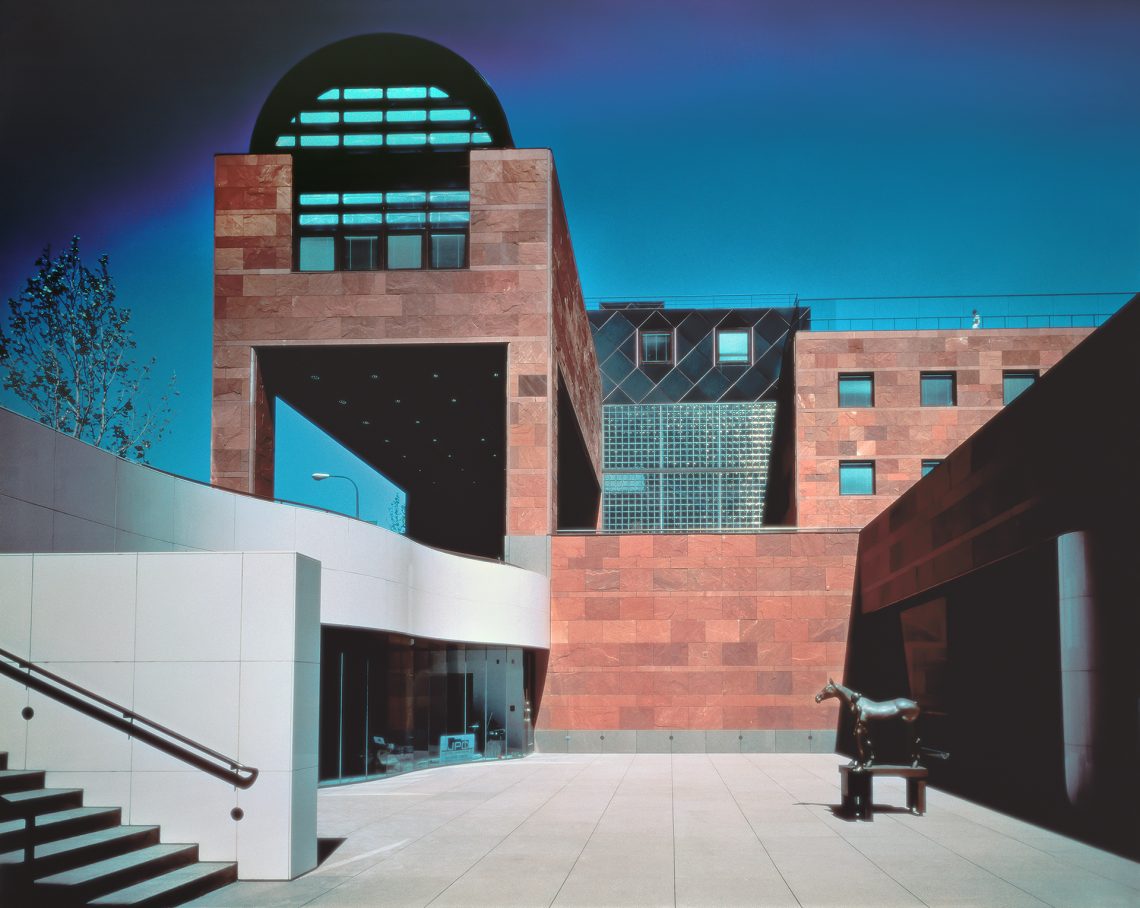 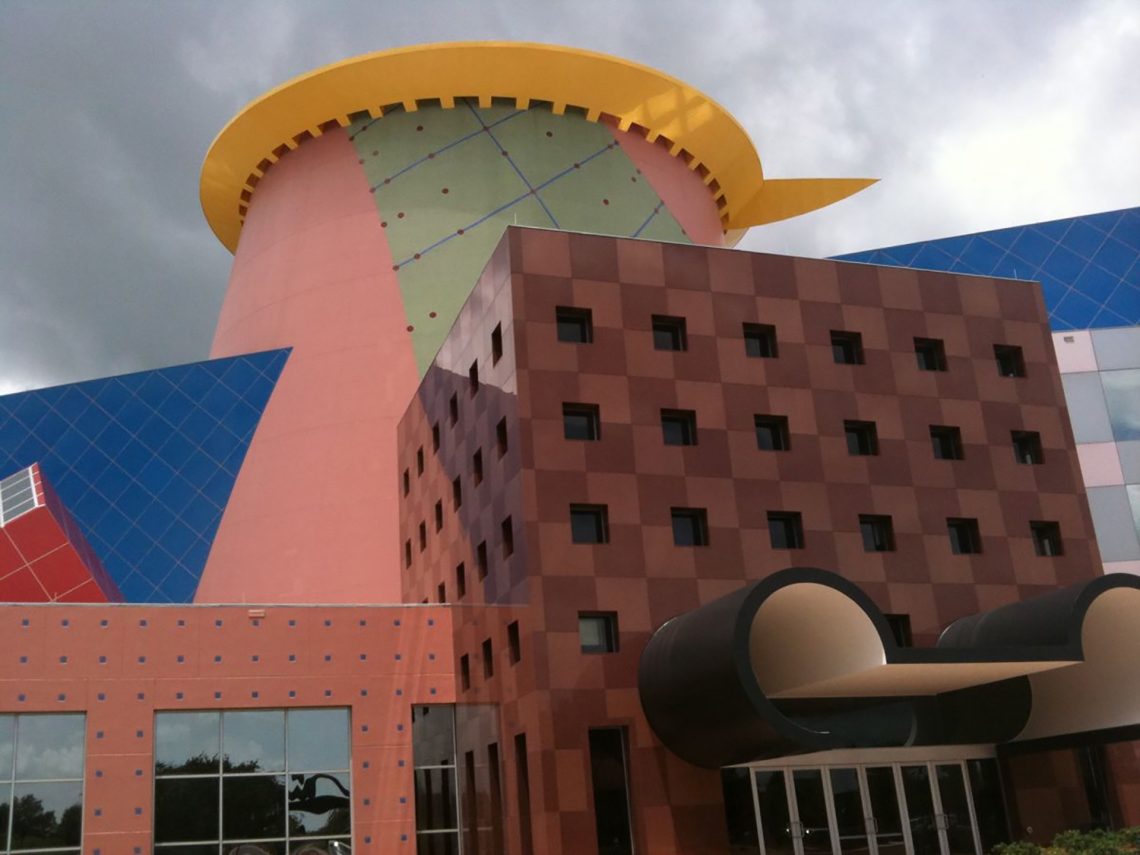 many know his work through such significant buildings as the sant jordi stadium for the 1992 olympics in barcelona. he has undertaken exemplary works in china such as the cafa (china central academy of fine arts) art museum in beijing opened in 2008 or the shenzhen cultural center (2007) in shenzhen, guangdong.

isozaki has shown extraordinary dynamism in recent years with such works as qatar convention center (2011), the traveling inflatable ark nova (2013) designed with anish kapoor for regions in japan affected by the 2011 tsunami, and the powerful yet elegant allianz tower in milan, opened in 2018. once again, it is a testimony to his ability to understand the context in all its complexity and to create a remarkable, well-crafted and inspiring building that is successful from city scale to the interior spaces. 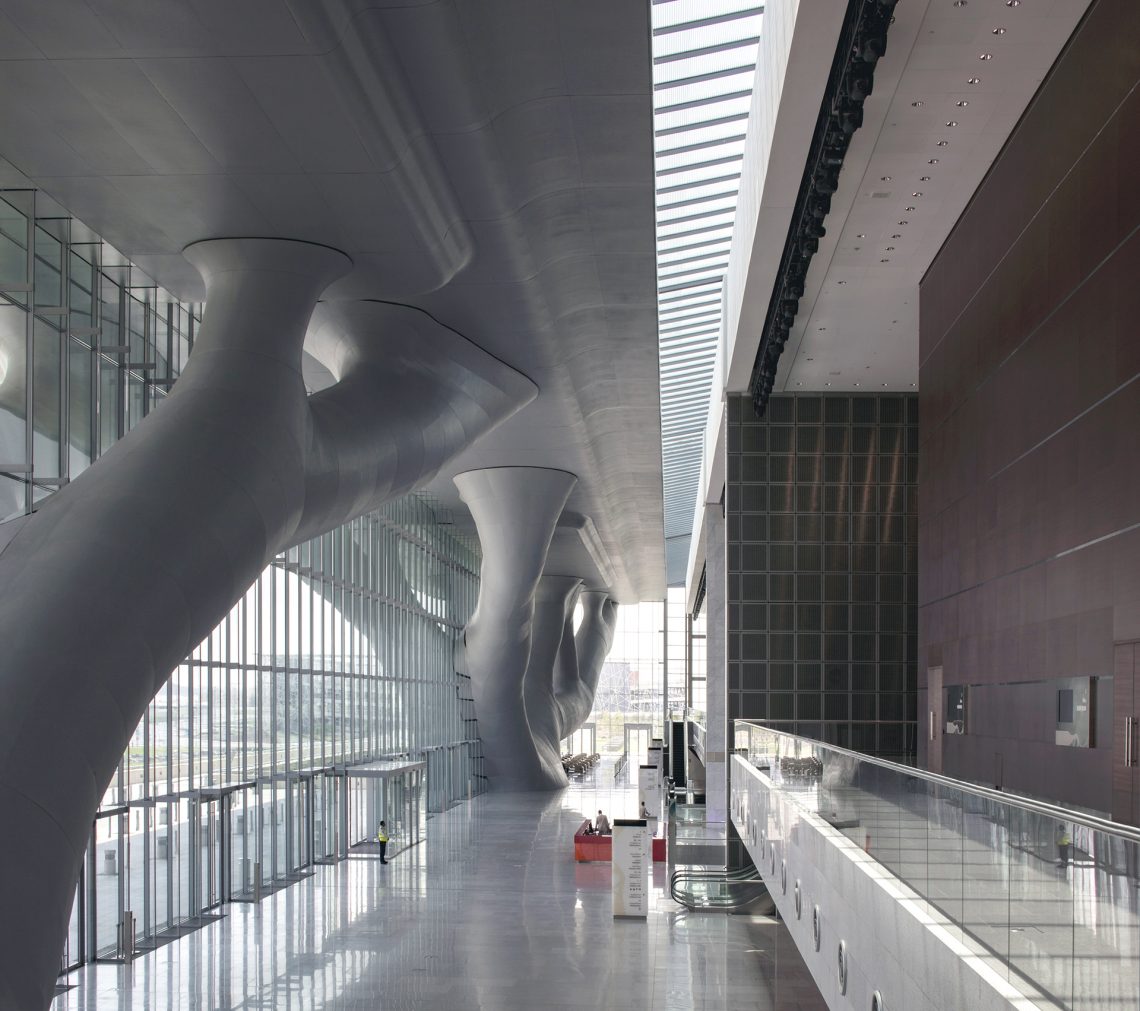 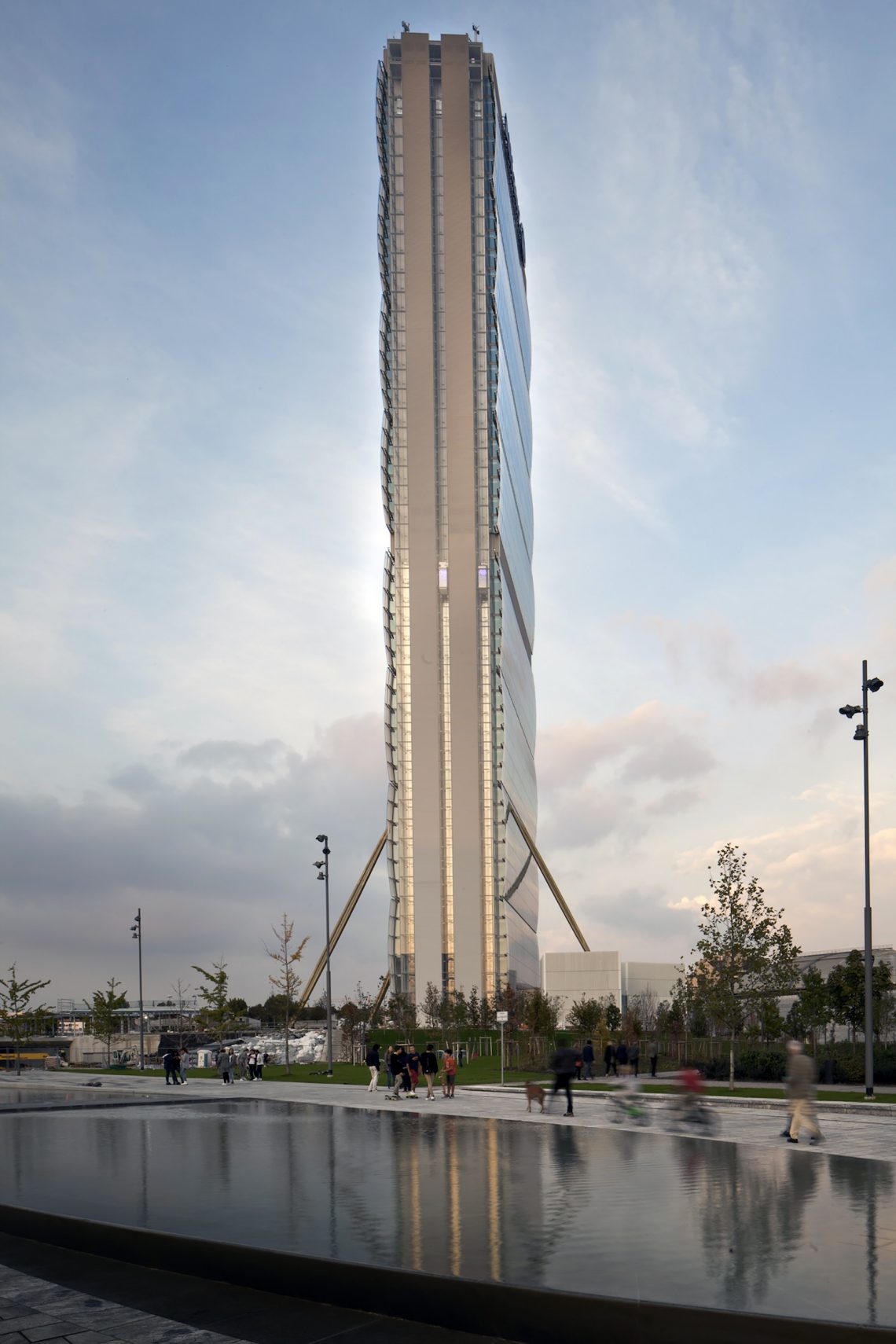 clearly, he is one of the most influential figures in contemporary world architecture on a constant search, not afraid to change and try new ideas. his architecture rests on profound understanding, not only of architecture but also of philosophy, history, theory and culture. he has brought together east and west, not through mimicry or as a collage, but through the forging of new paths. he has set an example of generosity as he supports other architects and encourages them in competitions or through collaborative works. for all these reasons, the pritzker architecture prize jury has selected arata isozaki the 2019 laureate.

[ biography ]
2019 laureate arata isozaki was born in oita, island of kyushu, japan in 1931 prior to the onset of world war ii. he was 14 years old when hiroshima and nagasaki were bombed, and builds with the theory that while buildings are transitory, they should please the senses of the users presently passing through and around them.

“when i was old enough to begin an understanding of the world, my hometown was burned down. across the shore, the atomic bomb was dropped on hiroshima, so i grew up near ground zero. it was in complete ruins, and there was no architecture, no buildings and not even a city. only barracks and shelters surrounded me. so, my first experience of architecture was the void of architecture, and i began to consider how people might rebuild their homes and cities.”

isozaki graduated from the department of architecture in the faculty of engineering at the university of tokyo in 1954, and began his career with an apprenticeship under the guidance of 1987 pritzker prize laureate kenzo tange.

he established arata isozaki & associates in 1963, after the allied occupation when japan had regained its sovereignty and was seeking physical rebuilding amidst political, economic and cultural uncertainty from the decimation of wwii. “in order to find the most appropriate way to solve these problems, i could not dwell upon a single style. change became constant. paradoxically, this came to be my own style.”

his work began locally, with many buildings in his hometown and fukuoka, and quickly expanded to gunma, osaka and tokyo. in the 1960s, isozaki envisioned city in the air (1962 tokyo, japan), a futuristic plan for shinjuku consisting of elevated layers of buildings, residences and transportation suspended above the aging city below, in response to the rapid rate of urbanization. although it was unrealized, isozaki went on to plan cities in accelerating economies, with his most recent developments in china and the middle east.

isozaki demonstrated a worldwide vision that was ahead of his time and facilitated a dialogue between east and west. he emerged as an international leader in architecture in the 1980s,

through his critical writings, and as a jury member for important architecture competitions, he has played a significant role in bringing to realization the concepts of young architects around the world. six decades of his work include philosophy, visual art, design, music, films, and plays, alongside his iconic buildings.

isozaki has served as a visiting professor at several u.s. universities including: columbia university, harvard university and yale university. 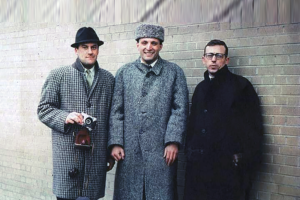 brit architect richard rogers’ greatest legacy not a building but his activism. 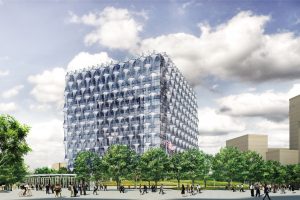 it’s a fortress, of course it is. the architects made it as nice a fortress as possible, a transparent, democratic, open, not-aggressive and environmentally responsible symbol of their country. 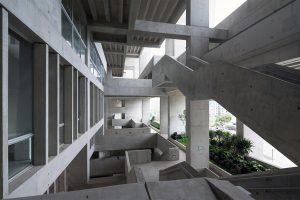